Holloway still fighting like his spot on the line

January 2014. Max Holloway was coming off back-to-back decision losses to Dennis Bermudez and Conor McGregor, and he felt as if his job was on the line if he dropped a third fight against Will Chope in Singapore.

He didn’t lose that fight. Instead, the Hawaiian fought with a vicious intensity, picking up Knockout of the Night honors for his second round stoppage of Chope. The win began a nine-fight winning streak that not only took him to the top of the featherweight division, but also landed him an interim title fight against Anthony Pettis this Saturday in Toronto.

But surprisingly, Holloway is still training as if he’ll be fighting for his roster spot.

“My mindset is the same,” he said. “Who knows nowadays? You can get cut at any second. So I feel the same (as I did in 2014). My back’s against the wall. Not too many guys get to have a title fight and then get to fight for a title again. So this is my opportunity and I’ve gotta have that back against the wall mentality and I have to be the hungrier wolf and try to get after it. So my mindset didn’t change, and it’s what keeps me going. Every fight, I look at it as if I’m going in 0-0. What happened in the past happened in the past, and you’ve got to focus on the right now. December 10th, I’m going for 1-0 and I’m going to come back a little bit heavier to the Hawaiian islands.”
RELATED: Reasons to Watch UFC 206 | WATCH: The latest Embedded | Holloway featured in Top 5 finishes video | UFC Countdown: Holloway vs Pettis

To those not in the Octagon, it may seem like an odd approach, but to a fighter, it makes all the sense in the world. In this business, you’re only as good as your next fight. In Holloway’s case, the nine-fight winning streak is great, but if he loses to Pettis, it will be forgotten quickly. That harsh reality can break somebody in a hurry, but Holloway is made of tougher stock, and not just because he comes from an island where “just scrap” isn’t just a catchy phrase, but a way of life. And it’s been a way of life for Holloway longer than most, at least in a professional sense.

A pro at 18, Holloway was in the UFC at just 20 years old. Not many people that age can handle this life. Holloway could. Or more accurately, the Waianae product had to, because the day he got his contract was also the day he became a father, as his son Rush was born. So being a “normal” 20-year-old was out of the question. 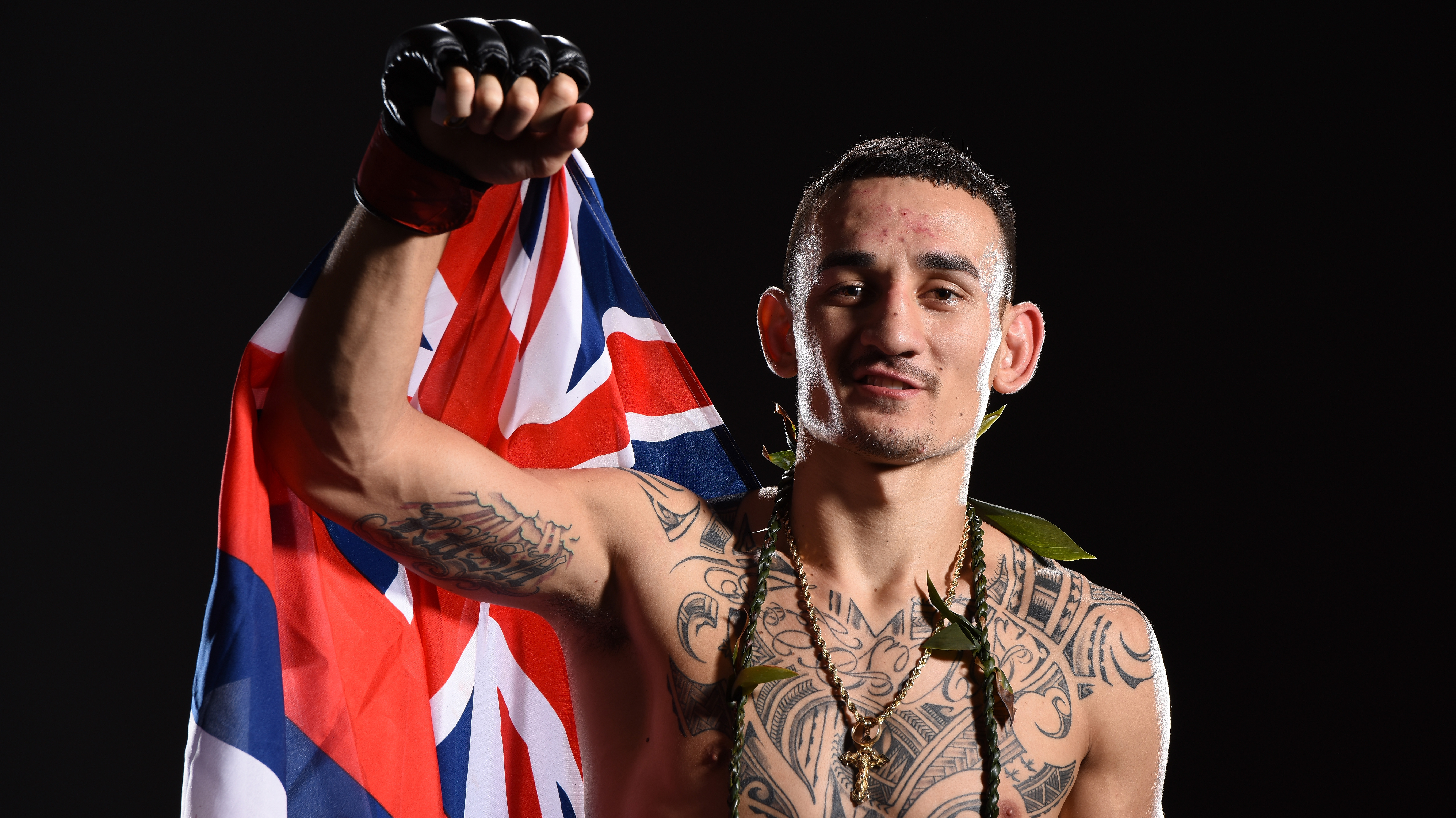 “It’s not easy,” Holloway admits. “But I hold myself to a high standard. Everybody I talk to tells me I’ve got an old soul and a way above my years. And the same day I got my contract, my son was born, and ever since I had him, life changed a lot. Before him I was focused, and after him I was way more focused. I’ve got a little mini-me that I’ve got to take care of and I want to be a good role model for him. And hopefully I’m taking the right steps towards that.”

He is. Holloway is one of the gentlemen of the fight game, a fiery competitor in the Octagon but someone who enjoys his family time and video games when the gloves are off. In short, he’s the same person at 25 as he was when he entered the UFC at 20.

“People get a little success and they let it go to their head,” Holloway said. “I’m just an average human being like everybody else. I just had the courage to go after my dreams. These guys have got to realize that anybody can do it; you’ve just got to have self-belief. Too many people are depending on other people to believe in them. I don’t need no one to believe in me because I believe in my damn self and that’s not cockiness, that’s confidence, and I’m reeking of it right now.”

Holloway isn’t kidding. Forget the fact that he’s fighting one of the sport’s most dangerous fighters and got an extra two rounds tagged onto the fight when it was elevated to the main event and a title fight. When he says he’s confident and excited, you can hear it loud and clear through the phone lines.

“If you’re the best in the world, you always gotta be ready, and that’s what we do,” he said. “We get ready, the opportunity presented itself and now we’re here. And nothing really changed. I’ve got the same opponent that I had for seven weeks and all we’re really doing is adding two more rounds and then I get to walk away with a nice, shiny belt now. So everything’s the same. I’m approaching the fight the same and I just can’t wait to go on December 10th and have fun. It’s going to be a great night and it’s going to be a good time.” 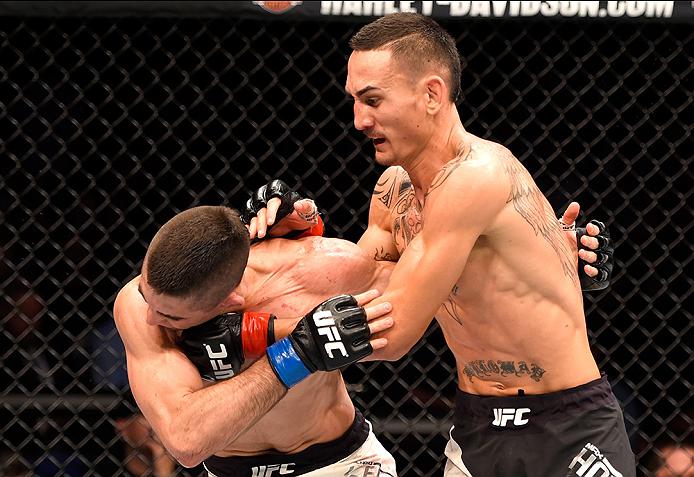 Yes, fighters are different than the rest of us. But that’s what makes them such compelling figures. Just look at Max Holloway. He is as cool as can be before the biggest night of his professional life, and it brings to mind BJ Penn, the man he could be joining as the only fighters from Hawaii to win a UFC title. “The Prodigy” never seemed to be flustered by anything and, subsequently, he was fearless when it came to fighting whoever was placed in his path. Holloway is cut from that mold, and he’s ready to take that title and represent his island once again.

“To me, and to the island, it (winning the title) would be great,” he said. “It would show the people that us island fighters, we’re here. We’ve been here and we’re finally getting to showcase it. It’s going to be amazing. I get to go out there against a former champion – he’s going to bring his A game and I’m going to bring my A game - and I can’t wait. I’m blessed and that’s all I can say. I’m so focused on Pettis right now, you guys don’t want to miss this. It’s going to be a wild fight, it’s gonna be a crazy fight and definitely one to remember.”