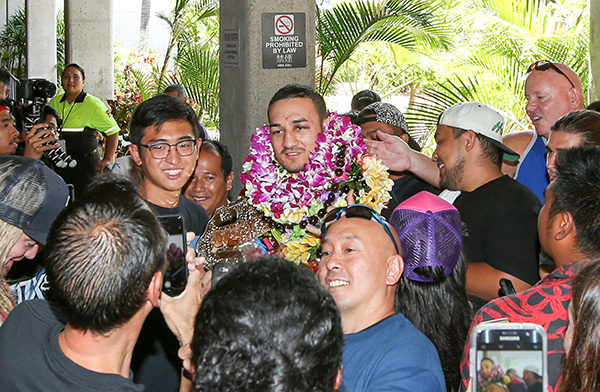 UFC featherweight champion Max Holloway arrives in Detroit on an auspicious day in the Hawaiian calendar. Nov. 28 is Hawaii's former Independence Day (Kuokuoa in Hawaiian), and it's a symbolically important date for the ancient Hawaiian warrior caste that have a unique living representative in Holloway.

And while connections between the Motor City and the 50th state might not seem obvious at first, the two have a further connection in the Detroit Seamount – at 82 million years old, it is one of the oldest seamounts of the Hawaiian–Emperor seamount chain. The Detroit Seamount, as large as the island of Hawaii itself, is named after the World War II cruiser USS Detroit instead of the usual Hawaiian emperor names that characterize the rest of the chain.

The connection between the two places is not lost on Max Holloway, who views the connection as more than a combative coincidence, instead choosing to see it as a chance to ignite his warrior spirit on behalf of his homeland in a far-off place. Further, he aims to show that as impressive as Aldo's reign was, Holloway's own reign and legacy is just beginning.

Holloway headlines the UFC 218 card in his first defense of the featherweight belt against the very man he took it from: Jose Aldo. A win would give him his 12th consecutive victory. It will mark the first time the UFC has been to the Detroit area since UFC 123 in 2010, and only the third event since UFC 9 way back in 1996.