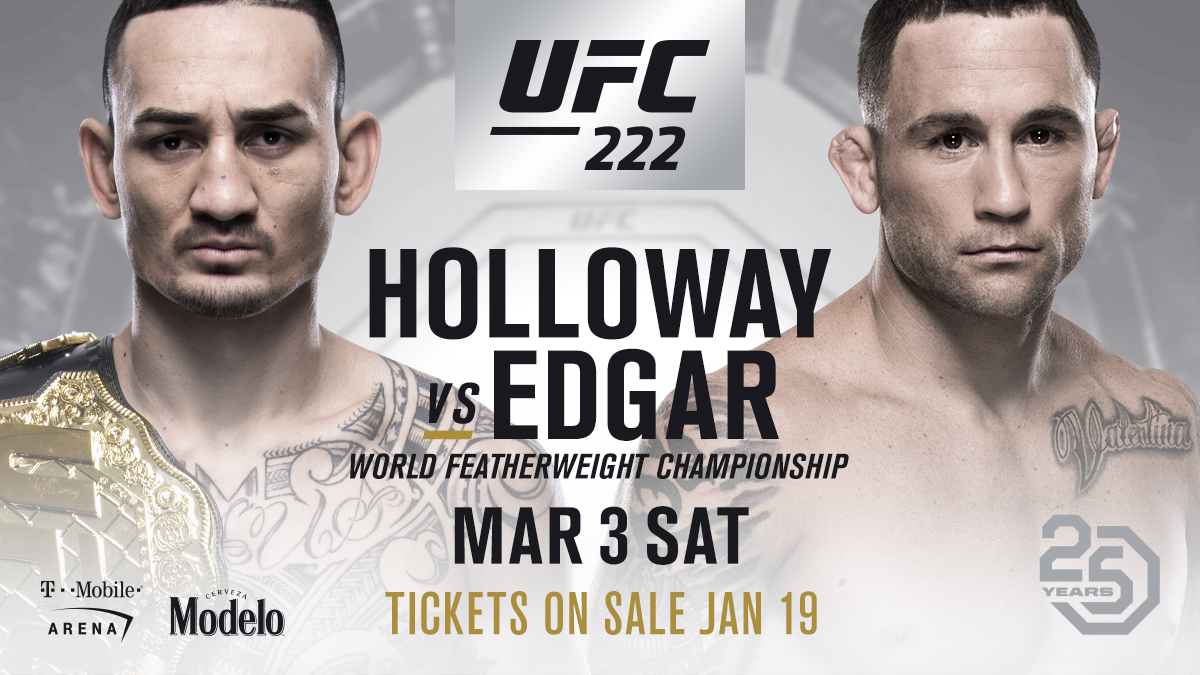 After a pair of finishes over Brazilian icon Jose Aldo that earned him recognition by several outlets as the 2017 Fighter of the Year, undisputed UFC featherweight champion Max Holloway will risk his title against one of the sport's most respected veterans, Frankie Edgar, in the main event of UFC 222 on Mar. 3 at T-Mobile Arena in Las Vegas.

A former UFC lightweight champion, New Jersey's Edgar will attempt to become just the fifth fighter to win UFC titles in two weight classes when he squares off with the surging Holloway, who has won 12 straight on his way to the top of the weight class. Included in Holloway's run of excellence are wins over Anthony Pettis, Ricardo Lamas, Jeremy Stephens and Cub Swanson, but the victories over Aldo put him alone atop the 145-pound weight class. Aiming to take "Blessed" out of that top spot is the 36-year-old Edgar, owner of the 155-pound crown from 2010-2012, and a featherweight standout since 2013 who has won seven of nine bouts in his new division, beating the likes of BJ Penn, Swanson, Stephens, Urijah Faber, Chad Mendes and Yair Rodriguez.