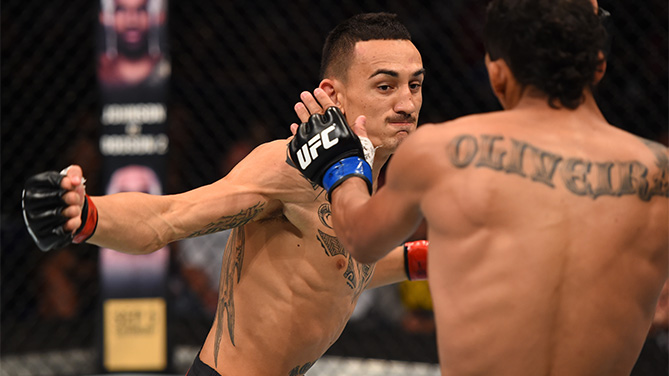 But the featherweight title won’t be contested for another four months when Conor McGregor and Jose Aldo finally meet in the much-anticipated fight of the year at UFC 194 in December. So Holloway has another idea: Edgar should fight him.

“I think Frankie [does] deserve a shot [at the title],” Holloway said in his backstage interview after Fight Night Saskatoon. “But if he isn’t going to fight for the title soon, then – I don’t know what the UFC wants to do, but let’s go to UFC Hawaii. Dana White, Sean Shelby make it happen. Me and Frankie Edgar, I guarantee we can sell it out down there.” 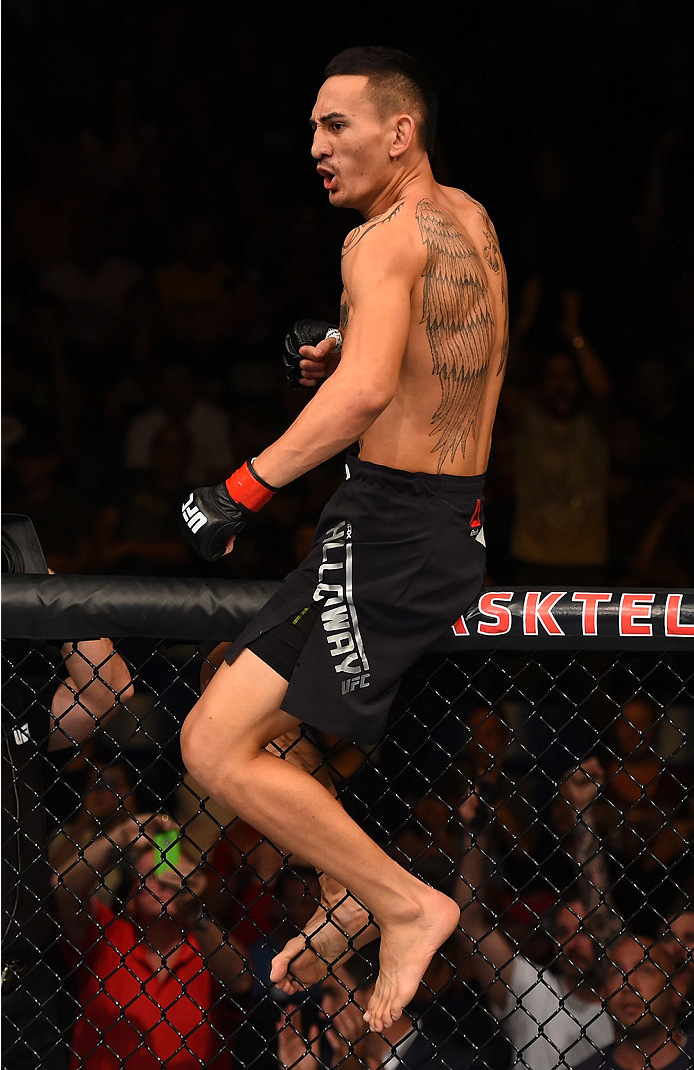 Holloway has asserted himself in the featherweight division, stringing together seven straight wins, the latest coming Sunday night in Saskatoon against Charles Oliveira, and now sits atop the contender list waiting for the fallout from Aldo-McGregor.

Many fans are clamoring for the must-see rematch that seems inevitable between Holloway and McGregor, who went three rounds back in August of 2013. Holloway may be the best striker in the division other than the Irish superstar and the reigning champion.

Edgar seems to be on board with the idea of fighting the talented Holloway. He retweeted a story from FOX Sports UFC’s account detailing Holloway’s callout Sunday night.

I got called out by max holloway and Jeremy Stephens. I will fight either on dec 11 Let's make it happen @danawhite @lorenzofertitta @ufc
— Frankie Edgar (@FrankieEdgar) August 24, 2015

Check back with UFC.com for all the latest fight announcements and news.