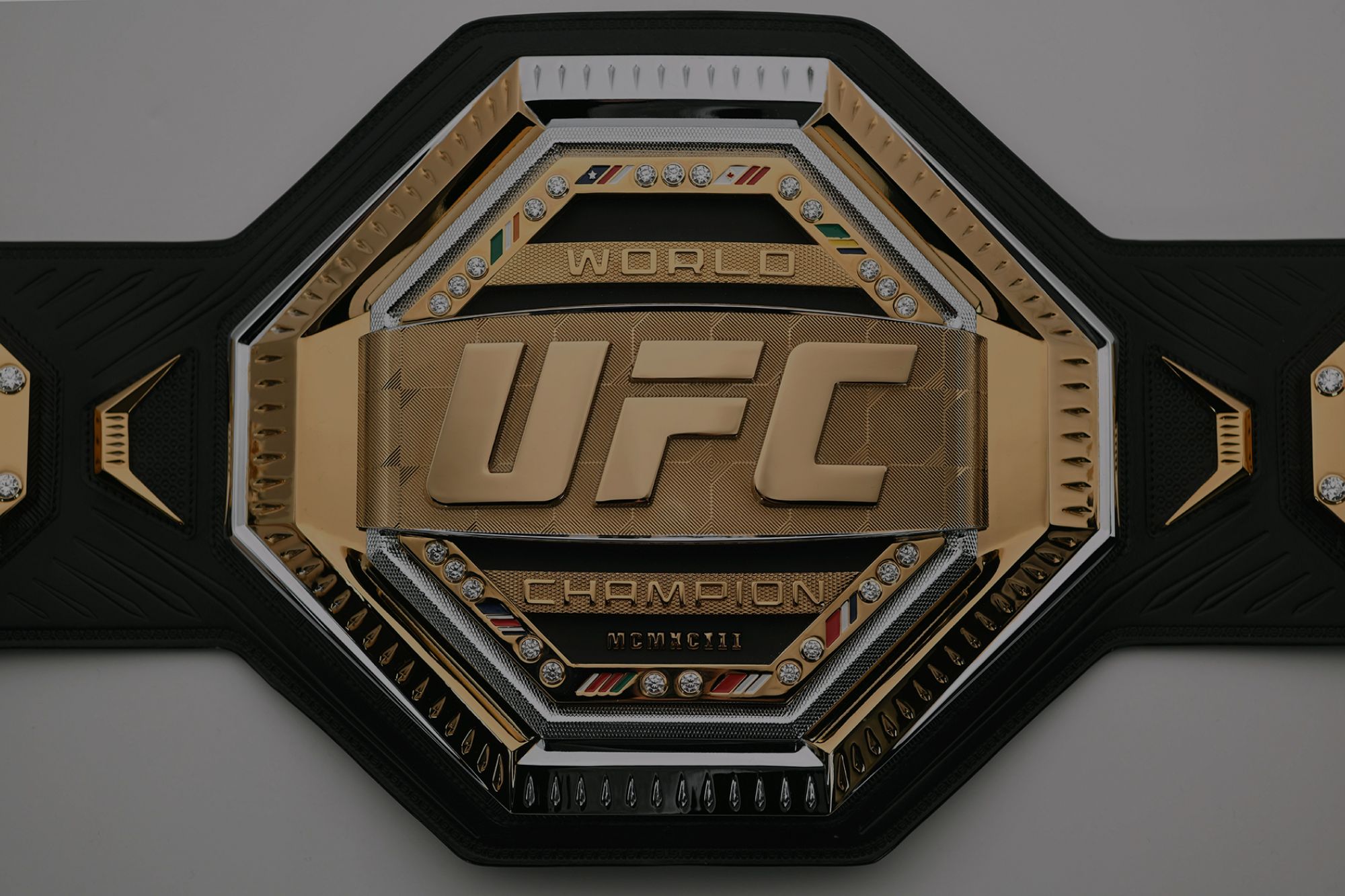 History Of The UFC Belt

With the unveiling of the new UFC belt, we look back at the history of the precious world title belt.
By Thomas Gerbasi and Anthony Evans • Jan. 21, 2019

The nearly ten and a half pound belt placed around the waist of UFC flyweight champion Henry Cejudo on Saturday night after his 32-second stoppage of TJ Dillashaw may be brand spanking new, but the tradition of championship belts in combat sports is believed to go back more than two hundred years ago, when Tom Cribb scored a victory over Jem Belcher in their 1809 bout.

Back then, bare-knuckle boxing was all the rage, and while kicks and groundfighting techniques weren’t allowed, with few rules and wrestling allowed, there were more similarities to mixed martial arts than there was to modern boxing.

Yet while boxing drastically altered and refined its rules over the years and mixed martial arts did the same from 1993 to the modern day, what remained intact was the celebration of a champion with a belt.

Originally designed around the time of Cribb-Belcher as more of a military sash worn from shoulder to hip, a more traditional belt to be worn around the waist was established by the end of the 19th century, with championship belts becoming almost the sole property of boxers and wrestlers as other sports moved into trophies, rings and medals.

Of course, with pro wrestling becoming popular around the world and boxing moving from a system of one world champion in eight weight classes to one in which there are multiple champions in 17 divisions, every promoter in wrestling and every sanctioning body in boxing had its own belt for every title, whether world or regional. Of course the hardcore fans knew who the “real” champions were, but to everyone else, it just made for a confusion situation.

That’s not to say a regional title belt was worthless to those who won it. In many cases, having a belt of any kid was a symbol of a job well done, and often it was the ticket to bigger and better fights in the ring, a situation that remains in boxing to this day.

Far removed from the fray was the UFC, at least in its early days. A medal was awarded to the winner of the first UFC tournament in 1993, Royce Gracie, and medals also went to tournament winners in the late 90s.

In between, the promotion debuted its first championship belts at UFC 5 in 1995, and while Dan Severn got a belt for winning that night’s tournament, the SuperFight belt stayed in its case, as Gracie and Ken Shamrock fought to a draw.

At UFC 12 in 1997, though, it was the start of a new era for the promotion, as its first divisional world champion was crowned, with new heavyweight champ Mark “The Hammer” Coleman earning a brand new belt for his win over Severn.

Watch Henry Cejudo in the Octagon after his flyweight title victory over TJ Dillashaw.

Budgetary issues under then-owners SEG made the awarding of championship belts sporadic over the next couple years, but once Zuffa took the reins of the UFC in 2001, a concerted effort was made to make the championship belt the treasured item it should be.

In the Octagon, there are eight divisions for men and four divisions for women. Twelve divisions, twelve champions, twelve belts. Of course there have been situations when an interim champion has been installed due to injury or other circumstances, but those situations usually rectify themselves quickly, leaving just one titleholder in each weight class. That means there are no mysteries about who the “real” champion is. There is only one.

That remains true today. For example, there is one champion at 125 pounds. His name is Henry Cejudo. And he has the belt to prove it.