The History Of Featherweight Champs Going For Lightweight Gold

With Alexander Volkanovski Challenging Islam Makhachev For The Lightweight Belt At UFC 284, We Look Back At Other Featherweights Who Made A Bid For Double-Champ Status
By Zac Pacleb, on Twitter @ZacPacleb • Jan. 25, 2023

Volkanovski is the third 145-pound champ to go for the 155-pound division title in UFC history, so before “The Great” goes for double gold, we’re taking a look back at the other featherweight champs who’ve attempted the same. 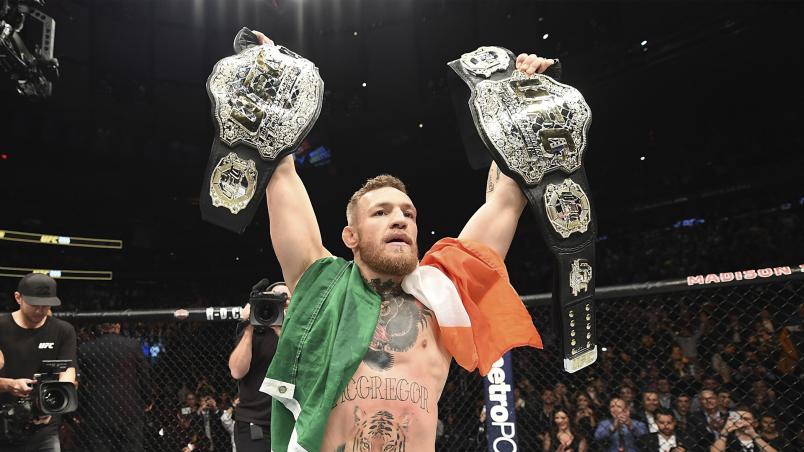 Conor McGregor of Ireland celebrates his KO victory over Eddie Alvarez of the United States in their lightweight championship bout during the UFC 205 event at Madison Square Garden on November 12, 2016 in New York City. (Photo by Jeff Bottari/Zuffa LLC)

In Madison Square Garden, McGregor put on perhaps the best performance of his career. He commanded nearly every moment of the bout with flair and precision that left many in awe. After securing the third-round stoppage, McGregor shouldered both belts and admired his achievement while apologizing “to absolutely no one.”

Where else to start but the original? McGregor already achieved superstardom by the time he fought Eddie Alvarez for the lightweight title at UFC 205. Heading into UFC’s first event in New York City, McGregor had knocked José Aldo out in 13 seconds to win the featherweight strap and engaged in an epic pair of fights against his greatest rival, Nate Diaz.

“Blessed” flirted with the lightweight title before he finally fought Dustin Poirier for the interim belt at UFC 236. 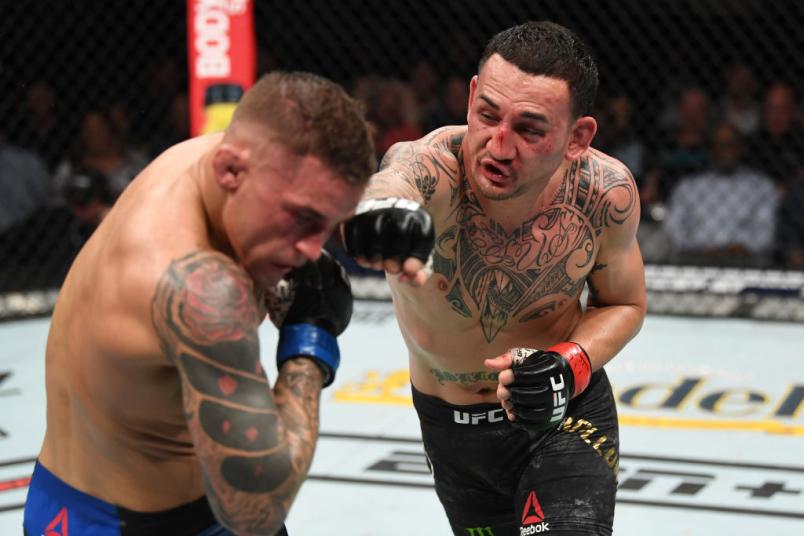 At UFC 223, Holloway made a bid to step in for Tony Ferguson when Ferguson fell out of a date with Khabib Nurmagomedov during fight week. Despite his best efforts, the New York State Athletic Commission deemed the weight cut too extreme and prevented Holloway from fighting, but not before a spirited exchange with Nurmagomedov at the pre-fight press conference.

Holloway would eventually get his shot at double-champ status when he fought Poirier in a rematch of their 2012 bout – Holloway’s promotional debut. This time, Holloway rode in on a five-year, 13-fight winning streak and as the betting favorite after dismantling Brian Ortega at UFC 231 a few months prior. However, after a back-and-forth affair, the judges gave the nod to Poirier, although both fighters earned a Fight of the Night bonus.

Although, at times, a fighter bidding for a second belt can seem audacious or at the behest of challengers in their own division, this move up to 155 seems like the natural course of action for Volkanovski. He is currently on a 22-fight winning streak stretching nearly a decade, with wins over Aldo, Ortega, Chad Mendes and Holloway (thrice) on his resumé. Following his Fighter of the Year campaign in 2022, it only made sense for him to try his hand in the lightweight division. 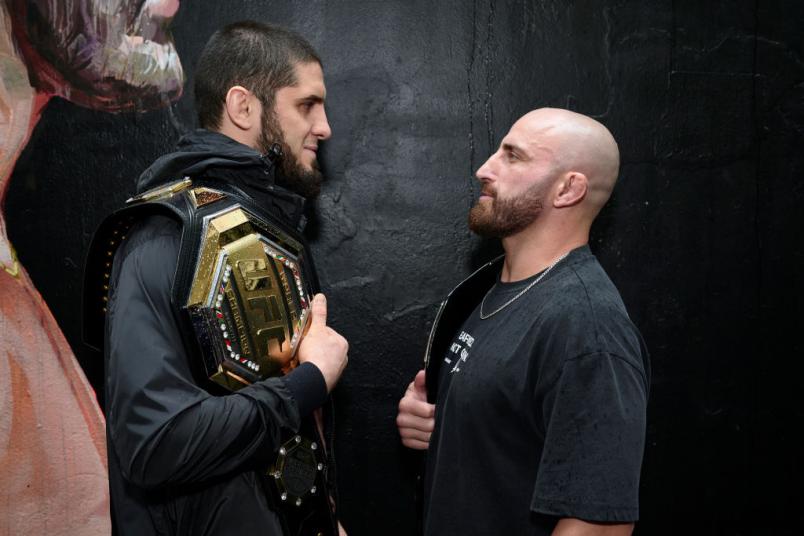 He has his work cut out for him, though. Makhachev is on his own 11-fight winning streak going back to 2016, and he looked better than ever in his submission victory over Charles Oliveira at UFC 280.

With the record standing at 1-1 for featherweights going for the lightweight gold, Volkanovski can continue to put himself into increasingly rarefied air with a victory in UFC’s first event in Australia since 2019.