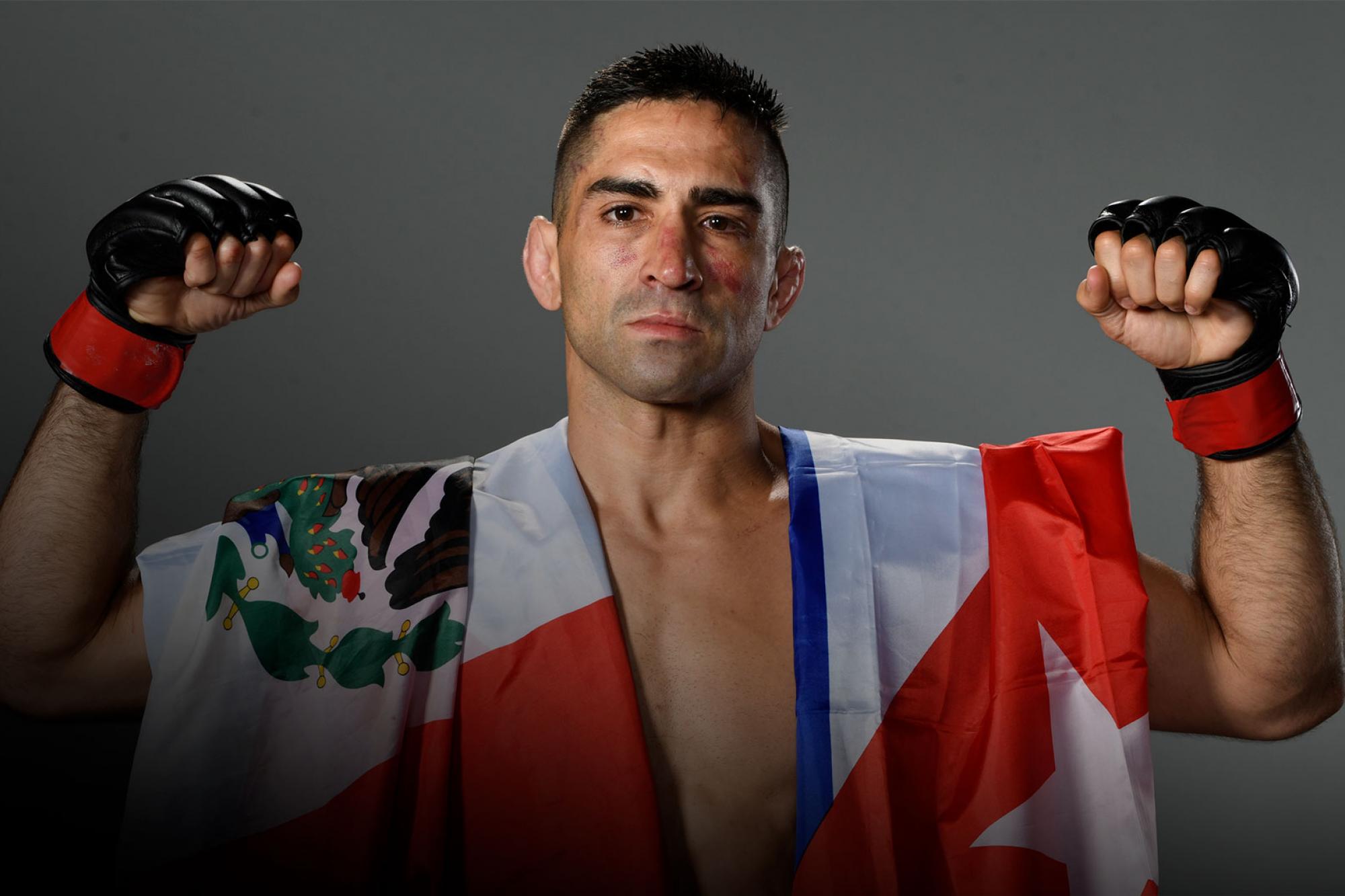 Hispanic Heritage Month: Pride Is Everything For Ricardo Lamas

“Recognition, pride - I think those are the two main things that go through my head,” Lamas said when asked what Hispanic Heritage Month means to him
By Thomas Gerbasi, on Twitter: @TGerbasi • Oct. 15, 2020

Choosing to retire on top after a Fight of the Night win over Bill Algeo in August, Ricardo Lamas left a legacy as one of the best featherweights of his time. It was a career filled with big wins and magic moments, but perhaps the most impressive feat was that “The Bully,” who is of Cuban and Mexican descent, fought for much of the last 12 years at 145 pounds.

“That is pretty amazing, considering what I normally walk around at and considering the food that was always on display,” Lamas laughs. “Just the fact that I've been having to cut weight since I was 14, and a lot of those times have been around the holidays, where we really get to enjoy our culture's food. We'd have the traditional Thanksgiving stuff, but we'd have a little Latin flair on it. And the same with Christmas. Christmas was usually a typical Cuban Christmas with roasted lechon.”

Yeah, put most of us around Cuban or Mexican food, let alone both, and 145 pounds would only be a dream. But on a more serious note, as Hispanic Heritage Month comes to a close, there is no better person to talk to than Lamas, who has always embraced his culture and the struggles and triumphs of his parents and his people.

“Recognition, pride - I think those are the two main things that go through my head,” he said when asked what Hispanic Heritage Month means to him. “Hispanics have done a lot and are some of the hardest working people here in the United States, and a lot of us that come to this country end up taking jobs that other people wouldn't want, and they do it very well and they do it with pride. We're a very hard-working people and it's a month where we can take pride in ourselves and our culture and share that with everybody else.”

For the Chicago-born Lamas, such pride is felt on a daily basis, not just one month out of the year, and the same goes for his father, Jose, who literally fought for his beliefs when he battled the Castro regime in Cuba in the 1960s.

“I don't see any difference in the way my dad would act during Hispanic Heritage Month than how he acts every day throughout the year,” Lamas said. “That older generation, like my father, they're proud to be who they are every day. They don't need a month to display that to the world and say, 'Hey, look at me, I'm Hispanic, this is my month.' He's constantly proud of himself, of his roots, his background, as I am, as all his sons are. And it's the same with my mom, too. She's a proud Mexican and she acts like that every day of the year.”

Lamas remembers trips to Mexico with his mom when he was growing up, and it was quite the bucket list item scratched off when he fought three times there, defeating Dennis Bermudez, Diego Sanchez and Charles Oliveira. And while it wasn’t boxing, he did give Mexican fans what they expect from their fighters.

“When it comes to boxing, you always hear about that Mexican style,” he said. “They're very hardnosed and very gritty and they get on the inside and stay in the pocket and they're trading the whole time. You can see it in pretty much every Mexican fighter, but the greats like Julio Cesar Chavez, he was loved for that. Canelo is loved for that, and they embody that Mexican style of fighting - hardnosed, go forward and just give it your all. I think anytime you see a Mexican fighter get in the ring or the cage, that's what you expect to see.”

It’s what fans got used to seeing from Lamas, but for all his accomplishments, the former world title challenger doesn’t shy away from saying that he may have gotten his fighting spirit from his dad.

“Just seeing my father throughout the years, seeing his heart and his bravery, we've been in some circumstances where I've seen my dad step up in certain situations that other people might not,” Lamas said. “And just growing up with that, growing up with a father and a role model like that, that definitely contributed and was a huge part. So was being the youngest of six boys. All my brothers would pick on me growing up and we'd get into fights on a daily basis. I think it was everything, and just having that Latin blood in me.”

Those lessons learned have never been forgotten, and now that Lamas has kids of his own, he will proudly pass what he got from his parents down to them.

“It's very important,” he said. “That's why I've been very vocal about it through my entire career. That's why I chose to end my career with that one final message that I gave out in my post-fight interview because these are things that my kids will one day look back on. That's cemented in history now for my kids to see, for my grandkids to see, and my way of continuing my parents' fight, my father's fight. And the way I was raised, I'm gonna raise my kids the same way so they will know their culture and they'll be proud of it and they'll know how important it is to our family.”