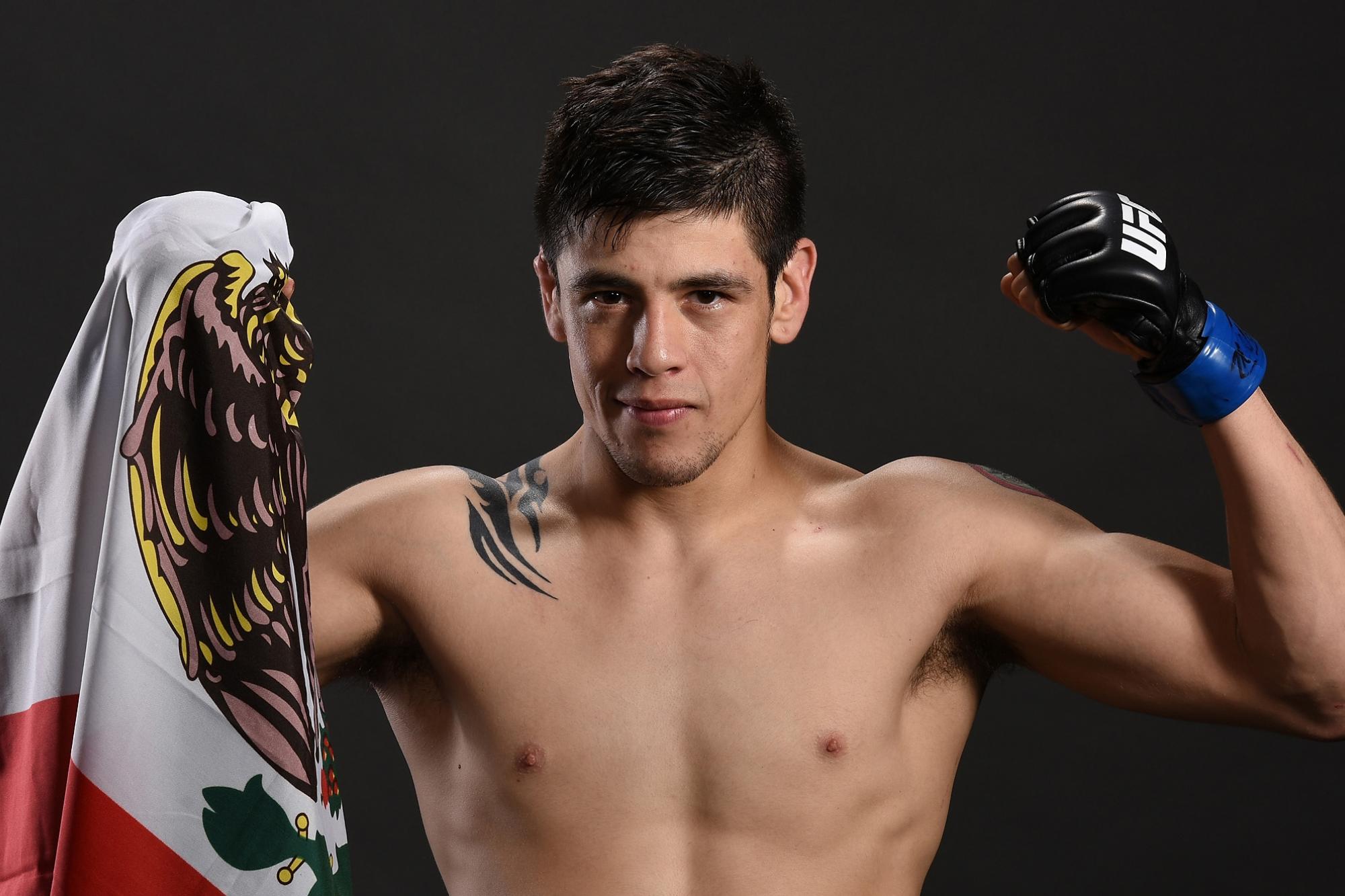 Brandon Moreno has the technique and skill to be a successful UFC fighter, but his ability to win with his heart separates him
By Thomas Gerbasi, on Twitter: @TGerbasi • Oct. 1, 2020

Brandon Moreno knows what it means to be called a Mexican fighter, and it has more to do with an attitude than simply what his postal code is.

“My boxing coach, he hates that because sometimes the Mexican fighters forget their technique in the moment when you go to the fight,” laughs the flyweight contender. “But for me, if you watch my fights, even when the moment in the fight is bad for me, I am trying to always go forward and win the fight. That's why I feel amazing to be a Mexican fighter because I know if something bad happens in the middle of the fight, I can go with my heart and win the fight.”

That’s what being a Mexican fighter is all about. It’s why fighters like Julio Cesar Chavez, Ruben Olivares, Salvador Sanchez, Erik Morales, Marco Antonio Barrera and Juan Manuel Marquez are revered in their home country. Sure, they all had technique and skill for days, but it was their fighting spirit in representing their flag that left the lasting impression.

“I saw an interview with Georges St-Pierre and he said that there are three kinds of fighters: the athletes, the fighters, and the artists,” he said. “And I think the Mexican guys, we are fighters. Me, I was trying to play soccer and I was so bad. And soccer is important in my country, but we are amazing fighters. Chavez, Morales, Barrera, Marquez - those guys are amazing fighters because they have a lot of heart.”

“I found mixed martial arts at 12 years old, so I never had the opportunity to just train boxing,” he said. “I have a lot of friends and training partners that started in boxing, but I started in this new era in MMA, training in kickboxing, wrestling and jiu-jitsu. Before, the guys started in just one discipline and I started in everything.”

Moreno was a quick study, making his bones as a fighter at home and in the U.S. before getting into the UFC through The Ultimate Fighter 24 in 2016. He went 3-2 in his first stint in the Octagon, fought and won once in the LFA, and since he returned to the UFC in 2019, he fought to a draw with Askar Askarov and defeated Kai Kara-France and Jussier Formiga. Now, he joins Irene Aldana and Yair Rodriguez as Mexican stars on the verge of world title shots, and whoever gets that shot and wins will become the nation’s first UFC champion. That’s a big deal, not just for the fighter who achieves the feat, but for a new generation of Mexican fighters.

“The sport is very young in my country, and it's hard because in Mexico it's soccer and boxing and that's it,” said Moreno. “If you try to do another kind of sport, the road is very, very tough. In history we had a lot of Mexican-American champions like Cain (Velasquez), Henry Cejudo and Tito Ortiz, but a one hundred percent Mexican is different because it's just boxing and soccer. We don't have wrestling, we don't have Brazilian Jiu-Jitsu. Right now, the sport has evolved so much in the last four, five years, but we started differently. And I'm so excited because Irene, Yair, and me, we can change the game here in Mexico. A lot of guys now can try to complete their dreams in this sport, and that is exciting for me.”

And one day, maybe MMA fans will be talking about Moreno the way they talk about Mexico’s boxing heroes.

“It's weird because you always try to stay focused in the training camp, in the gym, but at the end of the day, a lot of people are watching your work,” he said. “A lot of young fighters try to do the same thing - go to the UFC, win the fights, try to go for the title - and I'm doing that and I have a lot of training partners in my gym that say that I'm an inspiration for them. That is really special for me in my heart.”