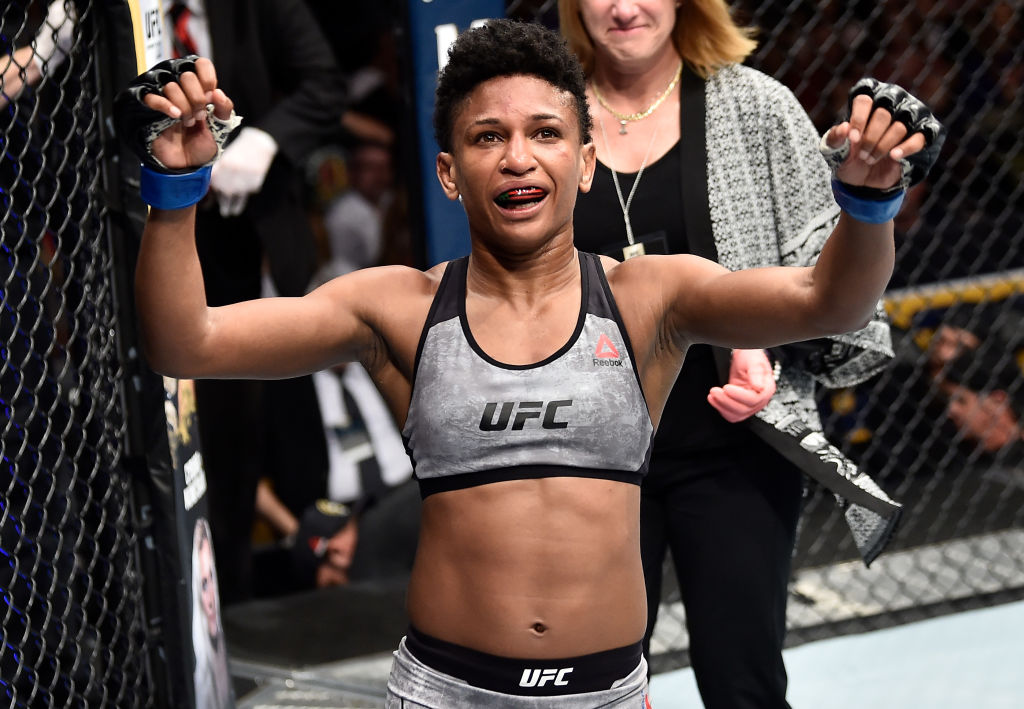 In the first 12 months that Angela Hill was back in the UFC, the former Ultimate Fighter contestant made four trips into the Octagon. If you circle in her final appearance under the Invicta FC banner, the 31-year-old fought five times in 14 months.

Given that level of activity, you can understand why Hill is a little salty that it has taken six months for her to get someone to fight her.

“Honestly, I think there were a lot of girls who were on the list to get another fight booked, they were given my name and they said, ‘Naw – I’ll take this other one,’” offered the Alliance MMA product, who returns to action this weekend against Cortney Casey. “I honestly feel like a lot of people didn’t want to fight me because they knew I was a tough fight, that I could beat them and they knew I wasn’t ranked.”

Several fighters have voiced similar concerns and frustrations in recent years, including Saturday’s headliner James Vick, who is 9-1 inside the Octagon and 13-1 overall, but was scheduled to face Paul Felder last month in Boise before the opportunity to square off with the seventh-ranked Justin Gaethje fell in his lap.

On one hand, Hill completely understands the logic and acknowledges that her contemporaries were simply making a good business decision by opting to let someone else share the cage with her. On the other hand, the talented striker doesn’t really like being out of the cage for too long and wishes there were more competitors in the division who were more focused on stepping in the cage and fighting than strategically trying to protect their ranking or chart the easiest path towards the top of the division possible.

“You never want to take a fight like that because what’s it going to get you?” she asked rhetorically. “When I beat (Maryna) Moroz, she was ranked 14th and she got taken off the rankings. It takes you a step back when you could be fighting someone who is ranked higher than you, who isn’t as tough as me and who could get you closer to a title shot.

“I feel like that’s why I ended up fighting Andrade in my return fight. I’m guessing everyone else was like, ‘F*** that!’ but I’m always game. I wish more people had that mentality. There are a few people who will fight anyone, so we need more fighters like that.”

Hill will share the cage with one of those individuals on Saturday night when she steps in with Casey in the middle of the main card.

Hill was originally scheduled to face Alexa Grasso, but the durable and game Arizona native stepped up when the Mexican prospect was forced to the sidelines, eager to return to action and halt her current two-fight slide.

Though she was excited about the opportunity to finally share the cage with Grasso after the two were supposed to meet prior to her promotion to the UFC and Hill’s eventual return, the former Invicta FC strawweight champion understands the position Casey is in and believes it will bring the best out of her on Saturday night and give them a chance to steal the show in Lincoln. 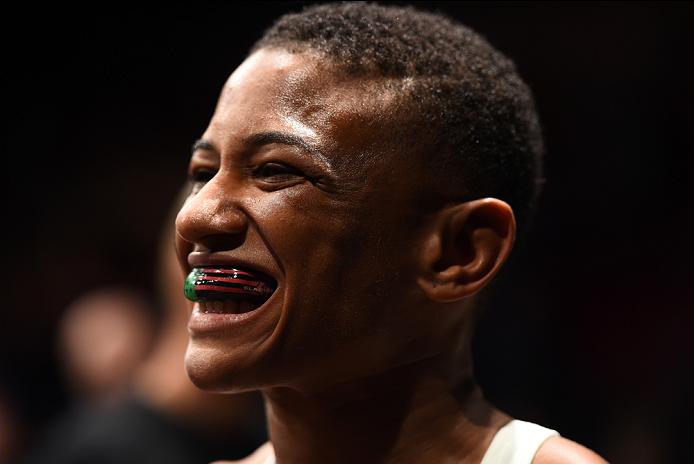 “I was really happy with the Grasso fight because I was scheduled to fight her in Invicta FC and then she got snatched up to the UFC before I did and I always thought that would be a really great matchup for me,” explained Hill, who earned stoppage wins over Alida Gray and Stephanie Eggink before defeating Livia Renata Souza to claim the strawweight title and successfully defending it against Kaline Medeiros to complete her 4-0 tour of the all-female fight promotion.

“Cortney has fought stiffer competition and she’s kind of in the same boat as I am where she hasn’t performed as well against that stiffer competition,” she said of her new opponent, who has posted a 3-5 record in the Octagon, but has also given a collection of Top 15 talents tough fights in four of those five decision losses. “It’s kind of the same thing that I was dealing with when I got back to the UFC.

“A lot of people would jump over the fact that I went on a four-fight win streak in Invicta FC and say, ‘Well she’s 0-3 in her last three UFC fights’ and so it’s kind of annoying that these numbers follow you throughout your career and people don’t look at the full picture.

“It’s frustrating, but we’re both kind of dealing with the same thing and it’s going to show you a really exciting fight because who puts on the best fights? The hungriest fighters and I think we’re both hungry in the sense of wanting to show that we are fighters to look at, we are contenders and we’re going to try to f*** each other up.”

Hill has alternated losses and wins since returning to the Octagon, but enters Saturday’s main card contest off a strong unanimous decision victory over Moroz in February, eager to start building momentum by making a few key adjustments.

After being the bigger, stronger fighter throughout her dominant run under the Invicta FC banner, the long and lean striker has felt a considerable strength difference since returning to the Octagon and sharing the cage with the likes of Jessica Andrade and Nina Ansaroff. As a result, she’s committed to staying heavier through her training camp and adding muscle in hopes of literally shifting the balance of power back into her favor.

When you show up bummed you have to grapple before you sprint and instead you’re surprised with a belt promotion!!! Thank you Coach Penne! So lucky to have you as a friend, teacher, and training partner. I’ve never been caught up on belts and promotions but this choked me up pic.twitter.com/B89CmPtfub
— Angela Hill (@AngieOverkill) August 17, 2018

She’s also taken a good, hard look at what went wrong in her losses to Andrade and Ansaroff and come away understanding that she simply needs to trust her skills, trust her conditioning and push the pace from start to finish.

“I feel like I perform a lot better when I get pressured, but I can’t wait to get pressured. It’s easy to push the gas pedal when you have to, but I have to push myself to go forward even when I’m not getting that pressure back.

I felt like that was one thing that tripped me up in the Ansaroff fight because she’s more of a counter-fighter and I was waiting as well and I felt like if I had gone forward, imposed my will a bit more, I would have won that fight and I’d be on a three-fight winning streak right now.”

While her return to the UFC roster has produced mixed results, Hill has more than proven she belongs, and after feeling like several higher-ranked fighters opted to make “good business decisions,” an injury to her original opponent and Casey’s gameness has presented her with the exact opportunity she wants this weekend and she’s planning on making the most of it.

“I know people think it’s a tougher fight for me, but I think it’s about the same level of toughness,” said Hill. “It’s a good step because, like I said, you always want to be fighting someone who is ranked above you and is going to get you a step closer to that title shot.