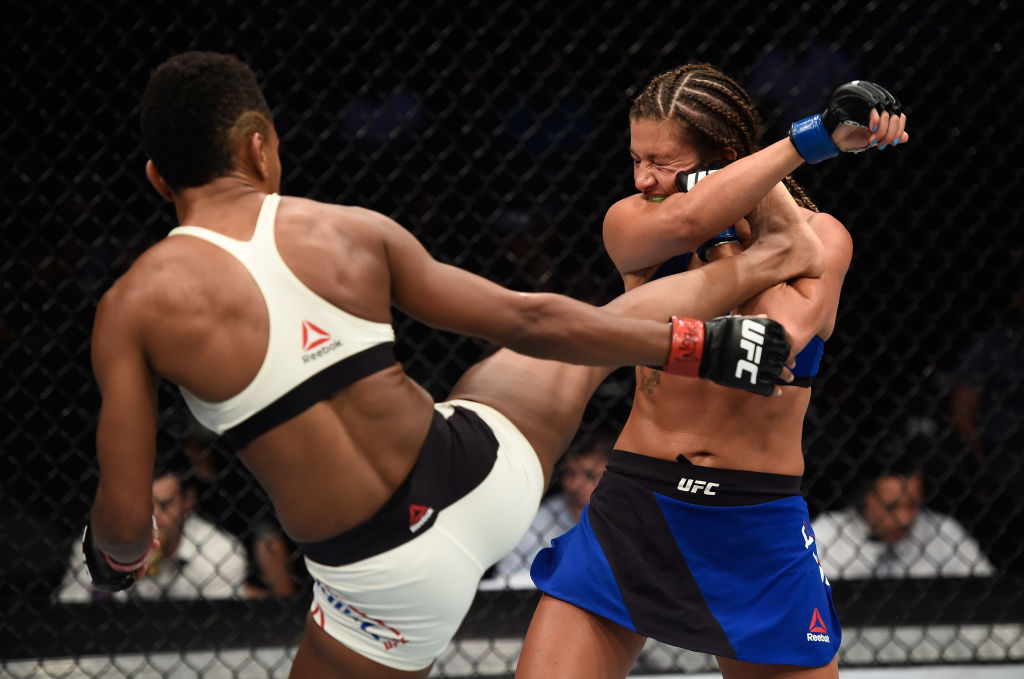 Strawweight prospect Angela Hill picked up the first victory of her second stint in the UFC on Friday night, winning a three-round unanimous decision over Ashley Yoder in TUF 25 Finale prelim action at T-Mobile Arena in Las Vegas.

The first round was close, with a Yoder (5-3) takedown matched by Hill’s superior technical striking game. But in the second, Yoder went on the attack immediately, emphatically putting Hill on the deck and keeping her there longer than she did in round one. Hill rose midway through the round, and a missed takedown attempt allowed “Overkill” to control matters from the top position for a spell. Eventually, Hill took the fight back to the feet, and she out landed her foe down the stretch.

In the third, Hill (7-3) held off Yoder’s attempts to keep the San Diegan grounded and showed off her own ground game along with her usual striking attack, wrapping up a 30-27 victory on all three scorecards. 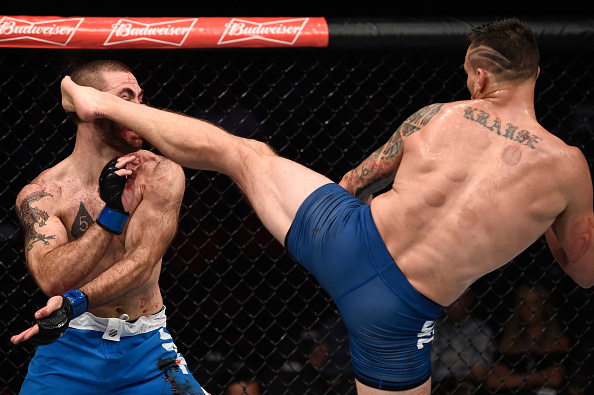 TUF 25 cast mates James Krause and Tom Gallicchio battled it out in welterweight action, with Krause scoring a one-sided unanimous decision win over the ultra-tough Gallicchio.

After getting the fight to the mat early on, Gallicchio looked to be on the verge of a submission before Krause got loose and back to his feet. While standing, Krause landed several hard shots over the course of the round, yet Gallicchio took them all and accompanied many with a smile.

The second and third rounds were more of the same for Krause, as he kept peppering Gallicchio from long range, refusing to let the bloodied New Jersey native get close enough to score a takedown, and when he did start to close the gap, hard kicks and the occasional knee made Gallicchio’s night miserable and gave the judges an easy night as they rendered Krause the victor by identical scores of 30-27. 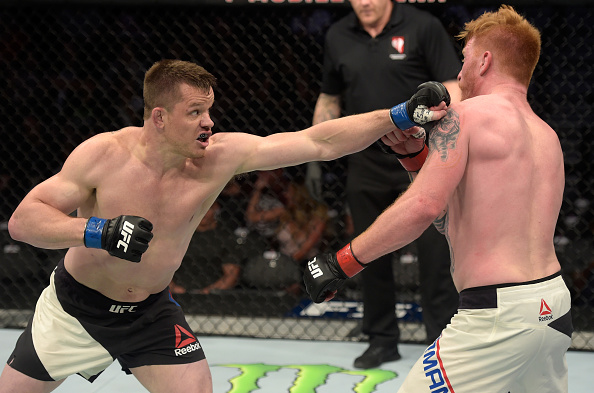 CB Dollaway and Ed Herman went old school in their light heavyweight meeting, battling it out tooth and nail for 15 minutes before Dollaway emerged with a three-round unanimous decision to pick up his first UFC victory at 205 pounds.

Herman (24-13, 1 NC) cracked Dollaway (17-9) with a hard right hand that briefly rattled “The Doberman,” but Dollaway was able to get his bearings back and put Herman on the mat. After eluding a pair of armbar attempts, Dollaway began firing off hard strikes, and even when Herman found some daylight, the Arizonan was able to maintain control.

The two veterans traded on the feet to start round two, Dollaway landing a head kick before Herman landed a clubbing right that scored a knockdown. Dollaway scrambled to his feet and as they squared off, it was clear that Herman’s gas tank was rapidly emptying. Yet with three minutes left, Herman put Dollaway on the deck again. Dollaway looked for a heel hook from his back, but Herman got loose and resumed landing hard shots from the top position.

The grueling pace didn’t let up in the third round, but in the final five minutes, it was Dollaway who controlled matters on the mat, and that strong finish earned him the victory by scores of 29-28 and 29-27 twice. 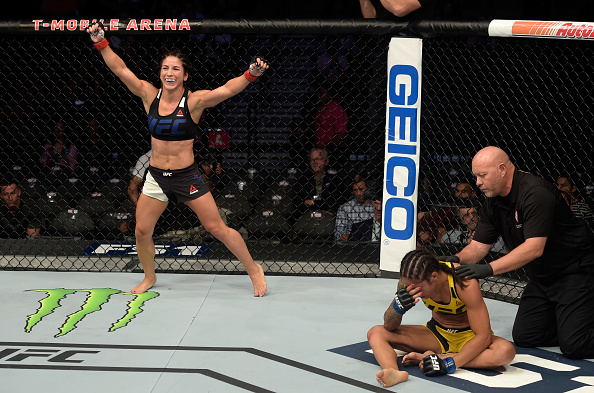 Strawweight contender Tecia Torres picked up the first finish of her 10-fight pro career, submitting Juliana Lima in the second round.

Lima scored a takedown to kick off the fight, but Torres shot up immediately and implemented her own grapping game against the fence until referee Chris Tognoni separated the two with two minutes to go. Torres got right back at it immediately, and in the second, she kept the heat on, turning a Lima takedown attempt into a rear naked choke that forced the Brazilian to tap out at :53 of round two. 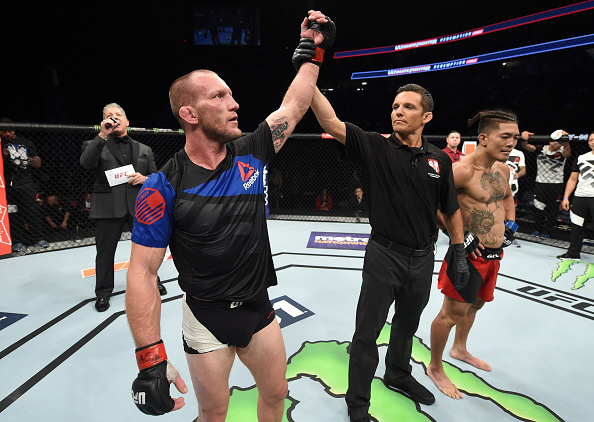 At the age of 38, Gray Maynard got a positive jolt to his career in the featherweight opener, as he scored a shutout three-round decision over Teruto Ishihara.

Maynard used a hard right hand to the chest to get a takedown in the opening minute of the fight, and while Ishihara jumped up quickly, Maynard put him right back down and kept him there for a long spell. Ishihara would get up with a little over a minute left, but he wouldn’t stay upright for long thanks to Maynard’s wrestling attack.

The next two rounds continued to be painful for Ishihara, as Maynard dominated and punished his foe with his ground attack. The Japan native had no answers, and the result was Maynard’s best performance since moving to the featherweight division a year ago.