Hidalgo rewind: What you got right & wrong

Following a nine-month layoff and a pair of consecutive losses, Michael Johnson had something to prove in his main event matchup against noted knockout striker Dustin Poirier on Saturday night in Hidalgo, TX.

Johnson made a statement with an exclamation point on the end after he finished Poirier with a devastating first round knockout to get back on track in the ultra deep lightweight division.

Johnson showed off his speed in the early going before uncorking a nasty right hand followed by a left hook that absolutely blasted Poirier before he crashed to the canvas a second later. Johnson finished the fight with a couple more punches on the ground as he celebrated the outstanding victory at just 95 seconds into the opening round. 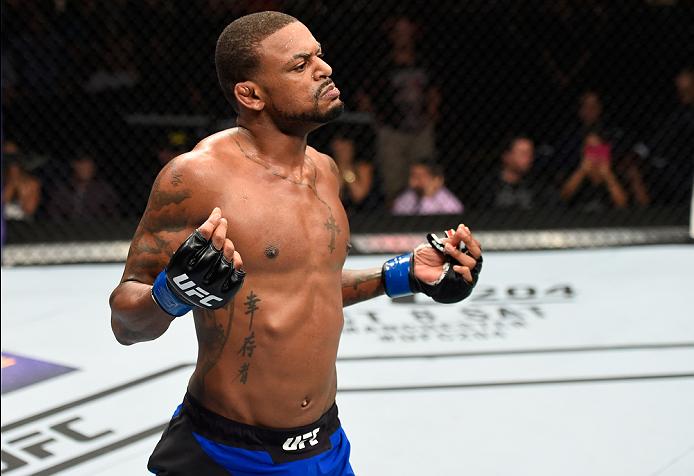 Despite a ton of huge wins in the division, Johnson was actually a massive underdog according to fantasy players heading into his main event matchup with Poirier. Only 19 percent of players picked him to win, but Johnson came through with a rousing victory while tacking on even more points for the 55 percent of players who selected him to win by knockout.

The co-main event also ended with a huge upset according to fantasy players as Derek Brunson made short work of Uriah Hall with a blistering first round knockout.

Brunson was selected by just 25 percent of players heading into Saturday night but he picked up his fifth win in a row and fourth consecutive TKO finish with an impressive victory over the former Ultimate Fighter finalist.

While the underdogs ruled the main and co-main events in Texas, the next three fights all went to the favorites.

Evan Dunham got a win over newcomer Rick Glenn in a three round battle that ended up taking Fight of the Night honors as well. Dunham was selected by a whopping 87 percent of players and the veteran lightweight came through with flying colors.

Roan Carneiro got his first win back at welterweight after 62 percent of players picked him to defeat Kenny Robertson. Carneiro returned to the UFC last year as a middleweight but he moved back to his optimum weight of 170 pounds to get the victory over Robertson in a close, hard fought decision.

Islam Makhachev was a heavy favorite over Chris Wade, with 64 percent of players picking him to win with another 66 percent saying he'd come away victorious by decision. Makhachev had to endure a grueling battle, but he got the unanimous decision victory in the end.

Chas Skelly opened the card with a thrilling win over Maximo Blanco after 67 percent of players picked him to win. Skelly needed just 19 seconds to finish Blanco with a D'Arce choke while setting the record for the fastest submission win in UFC / WEC featherweight history.

The undercard also provided a split between favorites and underdogs, with Gabriel Benitez pulling off the biggest upset as he submitted Sam Sicilia with a nasty guillotine choke after only 29 percent of players picked him to win. Jose Quinonez also pulled off an impressive upset as he defeated Joey Gomez after just 30 percent of players said he would get the victory.

In the end, only four fighters pulled off an upset according to the picks by fantasy players, but it was a huge impact considering both the main and co-main events ended with the underdog getting the win.