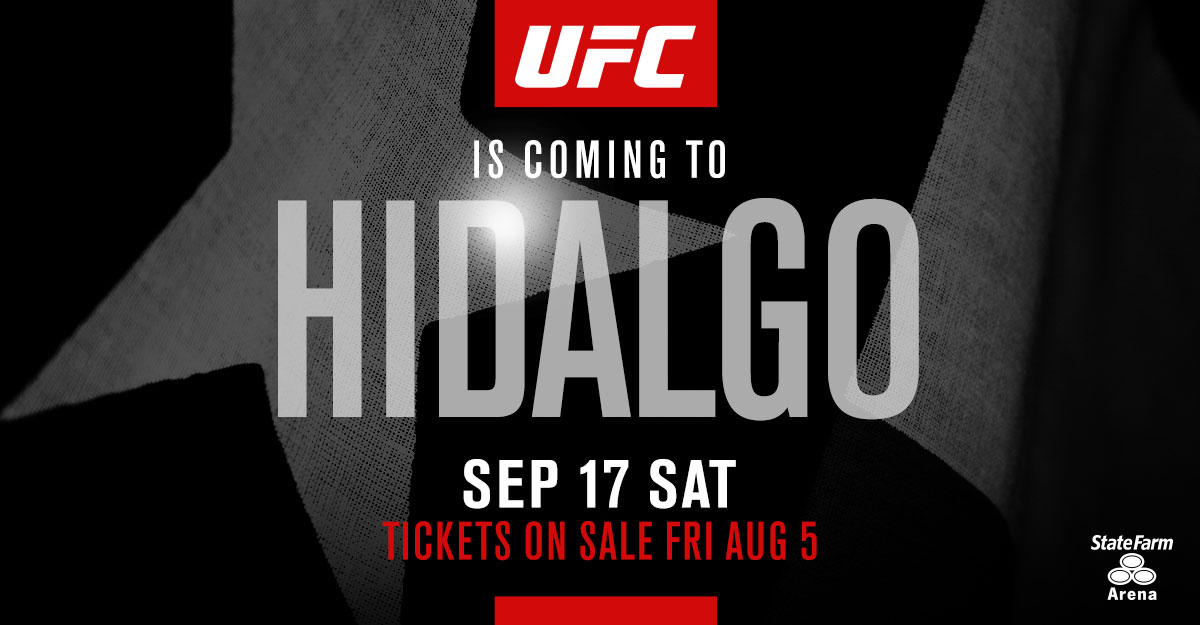 The Octagon will return to the Lone Star State on September 17, as the UFC announced a UFC Fight Night card at State Farm Arena in Hidalgo, Texas.

The Fox Sports 1-televised card marks the promotion’s first event in Texas since UFC 192 in Houston on October 3, 2015.

No fights have been announced for the card yet. Stay tuned to UFC.com for ticket information and fight card announcements.