Hermansson Sees His Opportunity On The Horizon

A guest fighter at the recent UFC Stockholm event, Jack Hermansson was visibly full of excitement. Despite not being on the card, the palpable fight week vibes were in the air, and “The Joker” was feeling it.

“I can feel myself getting pumped up, and then I have to remind myself ‘cool down, you’re not going to fight this weekend.’”

But sitting in the shadow of the venue that was unknowingly about to host the final bout of Swedish countryman Alexander Gustafsson, Hermansson was aglow knowing his day was on the horizon.

“One day I’m going to headline it here in the Ericsson Globe in Stockholm. I’m pretty sure of that. Alex is a great representative of the sport, but for sure one day it’s going to be my turn to be the main event here in Stockholm.”

That’s not bravado talking, that’s a realistic prediction from a middleweight that suddenly finds himself ranked among the elite in his division, emphatically making his case earlier this year in Florida with a short-notice statement win over Jacare Souza. If there were doubters before, they were doubters no more.

“After my win against Jacare, I really believe that the MMA community sees me as one of the top guys in the middleweight division. That has been my goal, so, now that I am one of the top guys, I want to go all the way and get that title.”

Souza had originally been slated to rematch Yoel Romero before the latter withdrew due to illness. When it was announced Hermansson would be the replacement, the chagrin was evident in Souza’s demeanor.

“Many people were telling me that he was discouraged and not that motivated. But at the same time, he said the UFC promised him a title shot if he won that fight, and that is his ultimate goal…and it was so close, he just needed to beat me. He should’ve been motivated. I think he was. I don’t think he knew what a big task he had in front of him. He had a lot to lose in fighting me, for sure.”

Indeed, Jacare was just the latest victim in Hermansson’s four-fight winning streak; all finishes. That Hermansson has skills is no shock. He boasts a 20-4 professional record, including six of his last seven. But his recent spate of dominating performances has turned more than a few heads. It’s almost as if it’s suddenly Hermansson 2.0, a phenomenon her credits in no small part to a mental coach he added to his team.

“It was after my loss to Thiago Santos. I really wanted to see ‘Is there’s anything else I can do with my career that I’m not doing right now?’ I had all the coaches, all the staff, all the help I can get, but I didn’t get into the mental game yet. I hired one, and only then I knew that there’s so much I needed to work on. And I’ve been working with him ever since and I’ve won all my fights since then as well.”

The results certainly speak for themselves, and not just in the gym.

“It helped me in so many ways. Not only with feeling better on fight day, but also in the preparation. I feel like my coach is not only a mental coach, he’s a performance coach. He helps me do all the things that I can do in my life to help me prepare for the fight. It’s not only visualization and meditation, it’s a lot of other things. He’s going through every thing I do every day to see if there’s anything else we can adjust, is there anything else we can do better. That’s what this sport is about if you want to be the best you can be.”

The best Jack Hermansson can be will now be put to the test by fighters with tiny numbers next to their names, and at least at the moment, one of them sticks out more than the others: Kelvin Gastelum.

Gastelum is a great fighter. I think the fans want to see that fight. He’s higher ranked than me, and I want to continue to climb up there. He’s one of the guys that I need to beat to get to the title. And he’s also the only one ranked higher than me that’s not booked right now. That’s the natural choice.” 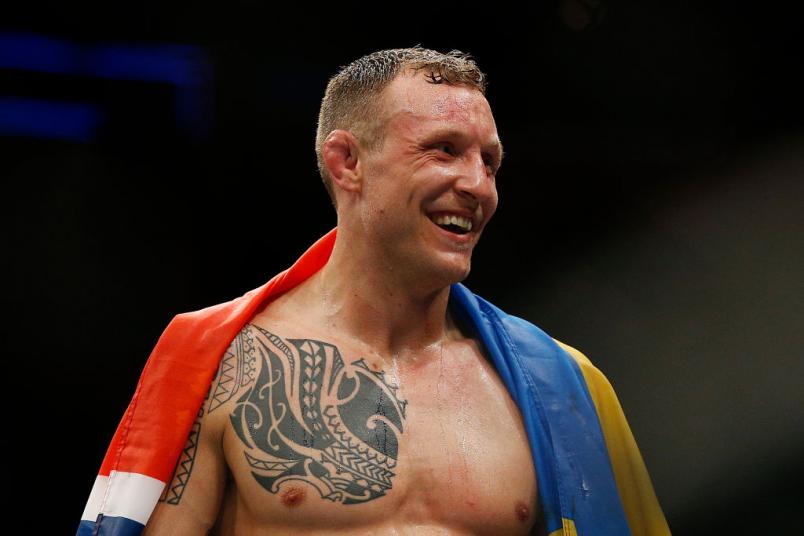 Time will tell. Having just fought three fights in less than five months, Hermansson is enjoying a well-deserved summer off, with an eye towards an autumn return. Whoever he ends up facing will stand across from not only the potential new face of Swedish MMA, but a motivated man reveling in his chosen profession.

“I love the sport. I try to see all the UFC events. I love it. I try to see how other people are fighting, how the sport is growing and developing…all the styles…I love this.”