Hermansson To Let The Process Run Its Course

"I’m not hoping for any quick way there, because when I get to the top I would like people to recognize that I fought my way there and they won’t doubt my place.”
By Thomas Gerbasi • Mar. 26, 2019

Jack Hermansson has seen the middleweight top 15 rankings. And despite compiling a 5-2 record (with four finishes) in his first seven trips to the Octagon, his name is not on that list.

He’s noticed it, but the soft-spoken Sweden native isn’t one to complain about such matters.

“I hope I will be in there after this one,” said Hermansson, who gets a co-main event assignment in Philadelphia this weekend when he battles No. 11-ranked David Branch. A victory should be the boost he needs to get into the 185-pound rankings, but even if it doesn’t put him there, he’s going to keep doing what he does until he can’t be ignored any longer.

“I’m not very bothered by it,” he said. “I’m just thinking that I’m going to continue to win and the process will take me forward eventually. I’m willing to do whatever it takes to get there. I’m not hoping for any quick way there, because when I get to the top I would like people to recognize that I fought my way there and they won’t doubt my place.”

So “The Joker” lost his smile?

“No,” laughs Hermansson, who now makes his home in Norway, adding to the reputation Nordic countries have for being the happiest places on Earth.

“I just think that the way to get through life happier is if you try to smile a little bit more,” he said. “So I suggest that to everybody.”

The 30-year-old has plenty to smile about these days. On his way to “The City of Brotherly Love,” Hermansson has won four of his last five bouts, with the only defeat coming against current light heavyweight contender Thiago Santos in 2017. Before and after that bout, Hermansson finished Alex Nicholson, Brad Scott, Thales Leites and Gerald Meerschaert, and the Meerschaert bout in December was particularly notable, as he took what was expected to be a Fight of the Night and turned it into a first-round submission win.

“I always think that I have what it takes to finish a fight quickly and easy, but I’m always ready if it’s not going to be like that,” said Hermansson. “MMA is so unpredictable, so you never know what you will get in there, but if I would have made a prediction (on that fight), I probably would have predicted a little bit of a tougher fight, for sure.”

The submission of Meerschaert showed off more aspects of Hermansson’s fight game, which has also displayed solid standup and one of the best ground-and-pound attacks in the sport. Now he’ll try to put it all together against New York’s Branch and use a victory that will set up some even more interesting fights for the rest of the year. 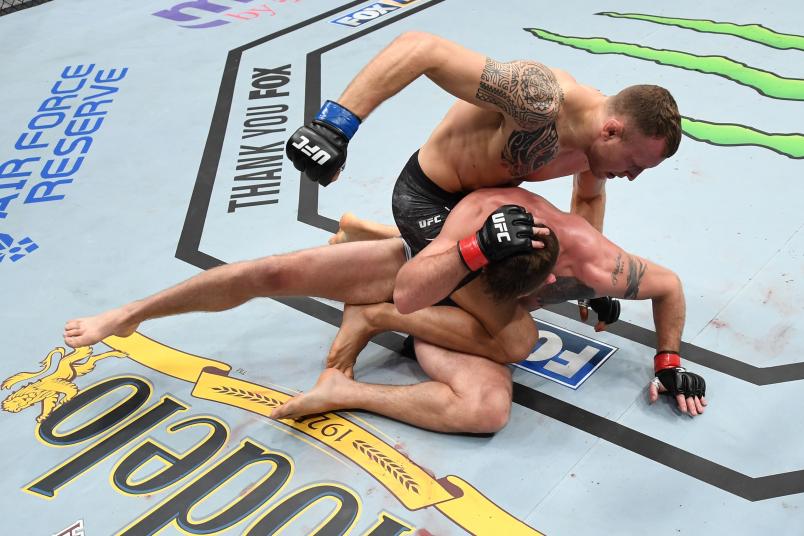 “I feel that if I can make a statement in this one, I’m gonna be on a wave that I can ride that will give me the right opportunities and the right fights and the right recognition,” he said. “So I really hope that this is the one that pushes me to the next level so people can recognize me and the UFC will give me more high-level fights.”

And if all goes well, a quick turnaround to fight in Stockholm in June would be the perfect next step.

“Oh yeah, for sure,” Hermansson said. “If I can get injury-free out of this one, I’m gonna push hard for Sweden in June. I really want to make that happen.”