Unbeaten In His Last 11 Fights, Welterweight Jack Della Maddalena Is On His Way To Becoming One Of The Top Prospects In His Division.
By Miguel Navarro III • May. 25, 2022

While Jack Della Maddalena is nowhere near being finished with MMA, the beginning of the 170-pounder’s career wasn’t the most ideal. In 2016, Maddalena lost his first two pro fights. Since then, the Australian has been perfect, as he’s currently riding an 11-fight win streak.

It was a six-year journey to the UFC for Maddalena, and before he makes his return to the Octagon at UFC 275, recap some of the fights that landed him in the big show.

In April 2017, Maddalena faced off against fellow Australian Glen Pettigrew. After losing his first two, Maddalena was able to bounce back in the win column with a first-round knockout of Brandt Cogill. Next up would be Pettigrew, who Maddalena stopped in the first round.

After losing to Maddalena, Pettigrew went on to win four straight. One of those four wins was against Maddalena’s brother, Josh. It wouldn’t be long until the rematch between Maddalena and Pettigrew was booked. Determined to avenge his brother, Maddalena knew that the rematch would end the same as the first.

Both men had a cautious and slow approach in the first round of the rematch. Pettigrew showed he had knockout power by landing a few power shots. Towards the end of the round, after landing a heavy shot, Pettigrew was able to take Maddalena down for a brief moment.

Maddalena had some success in the first round by selecting his shots carefully, and not even two minutes into round two, Maddalena came out hot and rocked Pettigrew, forcing him to cover up and put his back against the cage. Maddalena was able to land a slick 1-2 combination to the body and face of his opponent. Pettigrew was hurt by the barrage of strikes and eventually fell to the canvas. Maddalena won by TKO in the second round, avenging his brother’s loss in the process. 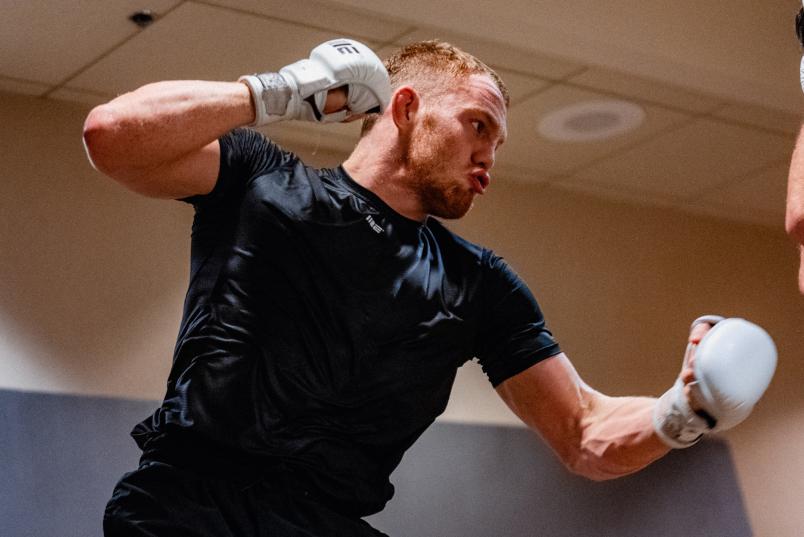 (Check Out Maddalena vs Bates 2 On UFC Fight Pass)

When Maddalena made his pro debut in March 2016, he faced British native Aldin Bates. Bates was a fellow up and comer but had already won his first two pro fights, both by TKO. It was a tough first fight for Maddalena, and he would lose his bout against Bates in the third round by TKO. After losing to Bates, Maddalena would also fall short in his next fight. Sometimes though, losses can be the best thing for a fighter’s career, and once he avenged his brother’s loss against Pettigrew, Maddalena would be presented with the opportunity to settle another score against Bates. This time, with the EMMA welterweight championship on the line, Maddalena and Bates would get to prove who really was the better fighter. This time though, Maddalena was nowhere near the same fighter he was in his debut. His Fight IQ was on a different level, and it didn’t take long before Maddalena would close that distance and land a short right hook that put Bates out in the first round. 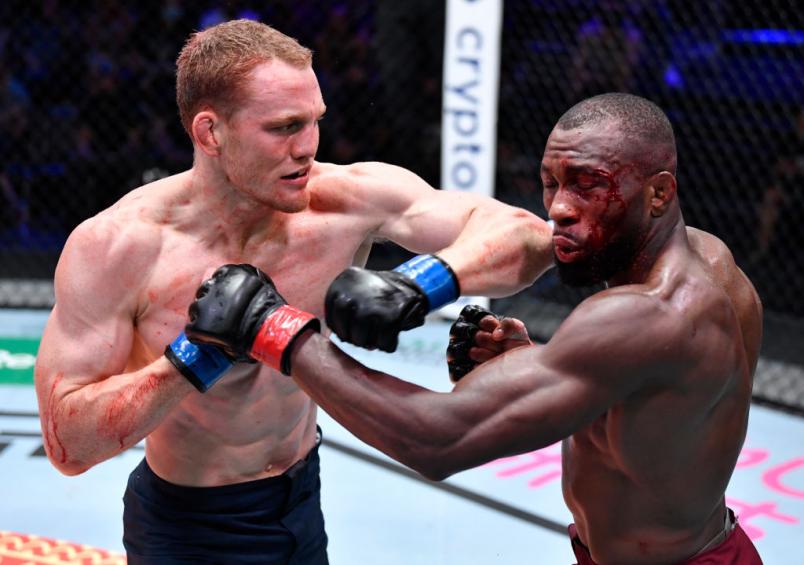 Once he had accomplished everything he could on the regional scene, it was time for Maddalena to test his skills inside the Octagon, and he faced Ange Loosa on Dana White’s Contender Series. And while Maddalena went the distance for the first time in his career, he won a unanimous decision and showed that he deserved to fight amongst the best.

UFC commentator Michael Bisping couldn’t have said it better when talking about Maddalena’s performance against Loosa. “If someone is going to come in the UFC and have a great career, you need to see how they’re going to handle adversity like that, and he passed the test with flying colors.” 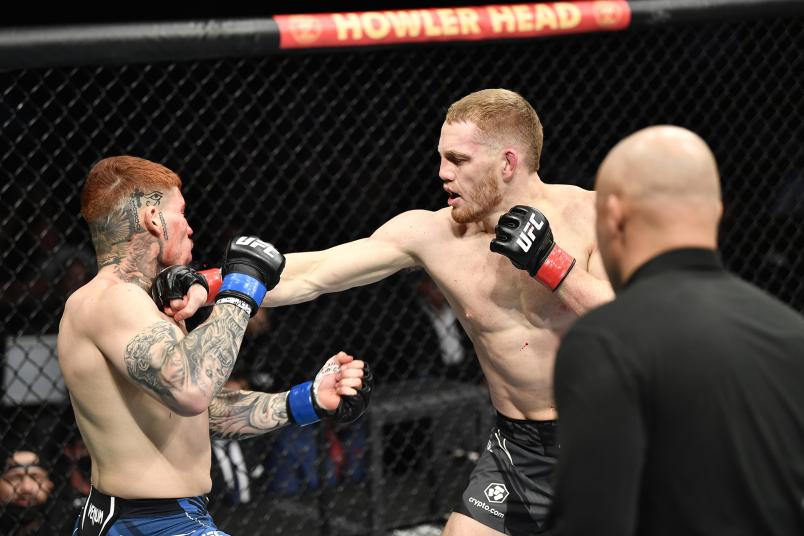 UFC Welterweight Jack Della Maddalena Stops Pete Rodriguez via TKO (strikes) At 2:59 Of Round 1 At UFC 270: Ngannou vs Gane On January 22, 2022 In Anaheim. (Photo by Chris Unger/Zuffa LLC)

For his Octagon debut, Maddalena faced Pete Rodriguez at UFC 270. Originally, Maddalena was scheduled to face Warlley Alves at the Anaheim event, but Alves pulled out of the fight, allowing Rodriguez step in on short notice. Even though he told commentators that he’d be more nervous in the lead-up to the fight, Maddalena looked like a natural in the Octagon and stopped Rodriguez at 2:59 of the first round.