After Time Away Recovering From Injury, Herbert Burns Returns At UFC Fight Night: Ortega vs Rodriguez On ABC
By Maddyn Johnstone-Thomas, on Twitter @MaddynThomas • Jul. 15, 2022

It has been almost two years since Herbert Burns has stepped inside the Octagon, the last time coming against Daniel Pineda on August 15, 2020, when he suffered his first UFC loss. During his time away, Burns decided to focus on something other than fighting while recovering from ACL surgery.

“I couldn’t train much, so I decided to focus on my entrepreneurship career and so I opened my own martial arts school,” Burns told UFC.com ahead of his bout at UFC Fight Night: Ortega vs Rodriguez. “(Brother) Gilbert and I have a jiu-jitsu session called Burns BJJ, so we carry the Burns BJJ inside of the martial arts, but it was great. I tried to diversify. You don’t need to be a fighter forever, so I’m a professor and I’m a businessman. I’m happy with how things are going.”

Burns’ fight against Pineda didn’t go exactly how he had planned, and it wasn’t the type of showing that he wanted to put on for himself or the fans. He's excited to have a different type of performance this time around against Bill Algeo and showcase his old ways. 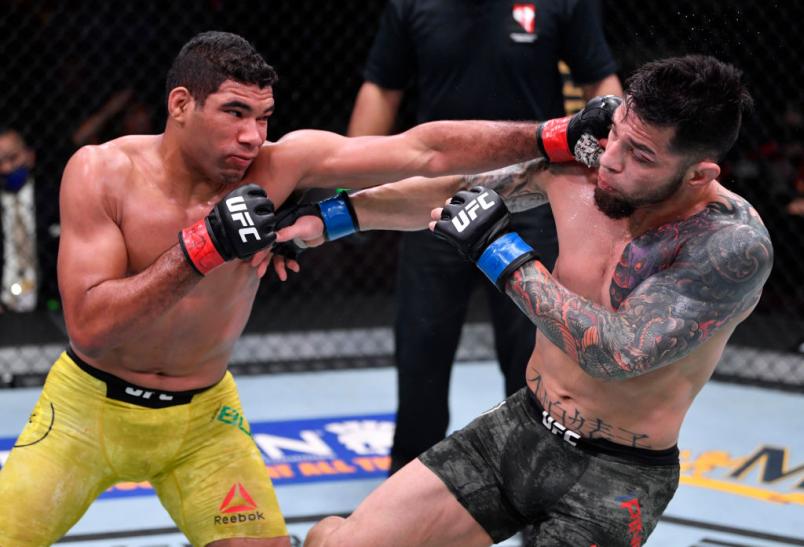 “That fight, I didn’t feel like myself at all,” Burns said. “It was a bad weekend, a bad weight cut, bad performance, I was very depleted physically, which affected my performance. This weekend I am going to show the normal Blaze, the vintage Blaze, the one that goes there and blazes through the opponents.”

From his last fight, the 34-year-old learned to not rush things, which is why he has taken his time to fully recover from his injury. He wants to take things step-by-step and day-by-day, knowing that he will continue to show improvements.

Burns also learned to adapt to things when the plan doesn’t go accordingly. That was a mindset he had to take into consideration over the past couple weeks after his opponent Khusein Askhabov was removed from the fight on short notice. Algeo also lost his opponent, which led him and Burns agreeing to face each other on Saturday. 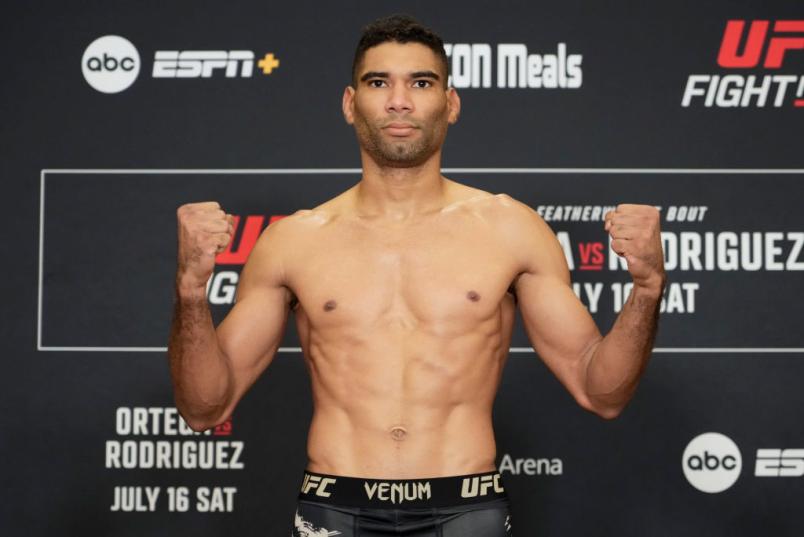 “I want to be a champion, I don’t want to choose opponents; the matchmakers choose my opponents,” Burns said. “I will definitely make suggestions in all of my interviews, but I’m ready to fight whoever they put in front of me and blaze through them.”

The Brazilian is happy to fight opponents like Algeo that have been fighting in the company for a few years, and he especially likes that Algeo is coming off a win. Algeo has a 15-6 record, having never been knocked out in his career, and only submitted twice. His latest win over Joanderson Brito in January was a unanimous decision victory.

So Burns knows that Algeo is coming into the fight with some weapons.

“He mixes things up well,” Burns said. “He has good spinning attacks, he has good distance control, excellent cardio. He’s definitely a challenge and I’m ready to face those guys. Those are the guys that I want to face.

“His spinning attacks, spinning elbows, spinning punches, that’s going to be hard to read, but I will be ready, my guard will be up, and we will prevent those.”

The road back to the Octagon hasn’t been easy for “The Blaze,” but instead of dwelling on the problem that he was faced with, he embraced it. 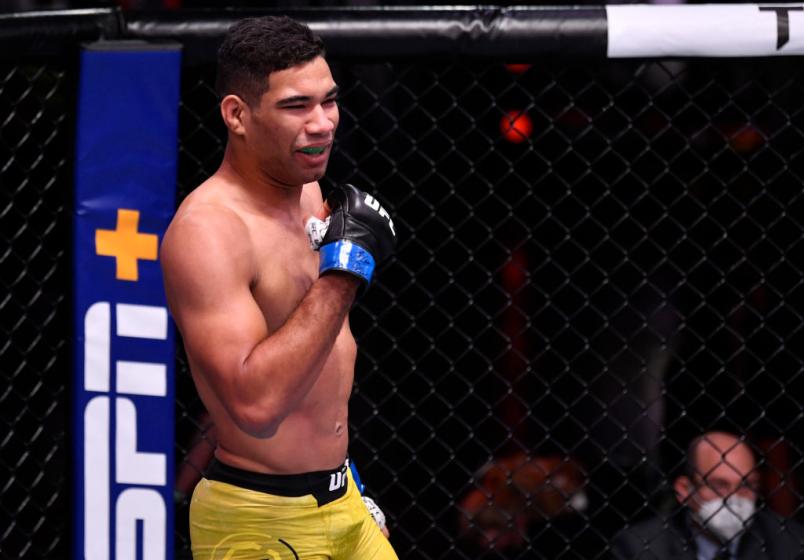 LAS VEGAS, NEVADA - JUNE 06: Herbert Burns of Brazil celebrates after his submission victory over Evan Dunham in their bout during the UFC 250 event at UFC APEX on June 06, 2020 in Las Vegas, Nevada. (Photo by Jeff Bottari/Zuffa LLC)

“I always work so hard, so for me it makes no difference; it’s a challenge on your life and you need to go through,” Burns said. “Life will present a lot of problems to you, but behind every problem there is opportunity. It’s a problem. You need to solve the puzzle as the problem, then get that opportunity.”

It’s the opportunity to get back in the win column and start his climb up the featherweight ladder once again. Burns has already been envisioning what the atmosphere will be like when he makes his walk on Saturday in UBS Arena.

All that’s left to do is go out there and fight.

“I’m going to go in there and put on a great show for the fans and get a great win. That’s exactly how I feel every time I go there. I visualize a lot, how the fight is going to play out, a win, so I’m ready. I can’t wait to go there, enjoy the walkout, be there, feeling the fans, feeling the music, and put on a show.”