Henry Cejudo's Weight Is On Track For Flyweight Debut

Cejudo feels Chris Cariaso is a road block in his way, but Cariaso said he plans to test Cejudo and welcome him to the flyweight division at UFC 185. 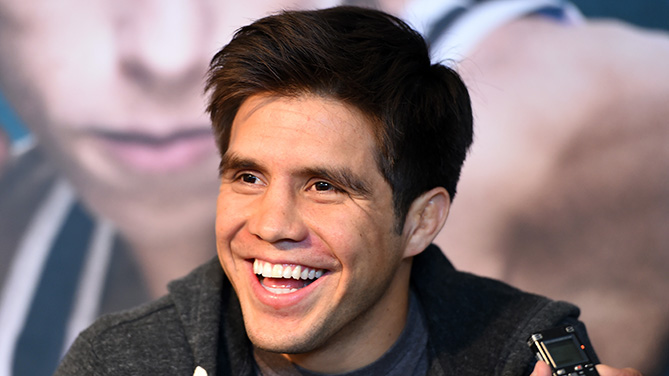 Henry Cejudo’s weight cutting issues have been well documented. He knows that some sports books are offering prop bets on whether he’ll make 125 pounds for his flyweight debut at UFC 185.

Since missing weight in what was supposed to be his UFC debut at UFC 177, Cejudo instead started off his career as a bantamweight.
> WATCH: UFC 185 Ultimate Media Day Staredowns

But now Cejudo is back at 125 pounds and has developed a new method for making weight safely. Cejudo and his opponent, Chris Cariaso, both appeared at UFC 185 Media Day on Thursday to talk about their matchup, and Cejudo said the weight cut has been good.

“I think this is the best I’ve ever felt trying to make weight,” Cejudo said. “I’ve been on this diet for quite some time, and I’m just ripped. I got down to 131 yesterday, no plastics, nothing. I’m excited to put the plastics on tonight and see how much I can get off.

“The last time I overdid it. I lost like 16 (pounds) in like an hour and 45 minutes. I can’t do that no more. I can’t do it the wrestler way no more. I got to have a nutritionist and talk to him twice a day. I have to check my weight every so often.” 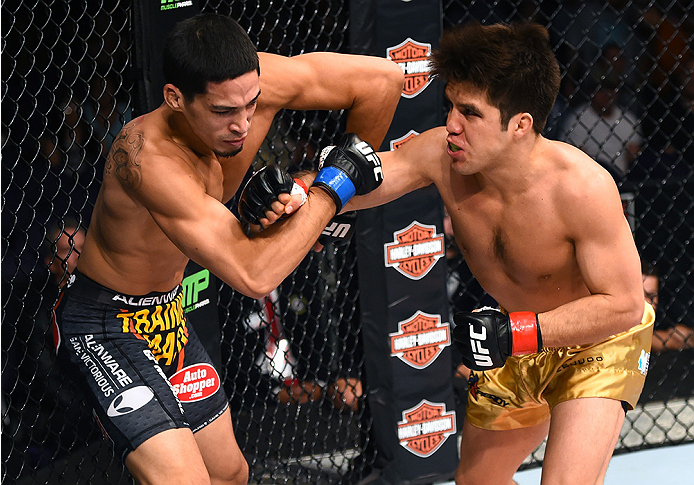 Cejudo broke onto the UFC scene in a big way with his dominant victory against Dustin Kimura in December 2014. He didn’t even try to wrestle, making a statement for how well-rounded a mixed martial artist he has become.

Wrestling helped teach Cejudo what it’s like to grind, but he is comfortable wherever the fight takes place.

“Now I can translate my wrestling into mixed martial arts, and it’s actually a smooth and easy transition,” Cejudo said. “I still have my wrestling, but I’ve boxed for five years. I won the Copper Gloves in Arizona and did the whole amateur rankings. So I’ve taken my time with this.”
> READ: UFC 185 Preview

Enter Cariaso, who is coming off a disappointing performance against Demetrious Johnson at UFC 178. 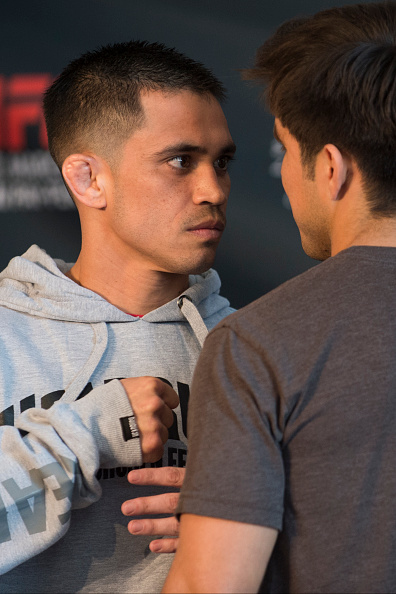 The UFC’s lights shine vividly, and Cariaso wasn’t prepared for the glare when he got his title shot against Johnson.

“The bright lights – they shocked me,” Cariaso said. “I definitely felt for Cat Zingano because I know she had that same kind of experience. All the media attention is on you and it’s kind of a hard thing to deal with. I learned how to deal with that. I’ve gone back to my roots and focused on what I have to do.”

Cariaso said he feels hungrier than ever coming off a strong training camp for this fight.
When the lights come on at UFC 185, Cariaso said he is going to draw off his experience and test Cejudo.

“I just came from fighting Demetrious Johnson,” Cariaso said. “I see a tough guy in front of me, but we’ll see how he goes. He’s never fought at 125 pounds before, so we’ll see how he handles the weight cut and being a real 125er.”
> WATCH: UFC 185 Top Main Card Fighter KO Finishes

Cejudo is thrilled to be on the big stage after debuting on the UFC FIGHT PASS prelims. He said he believes the UFC sees potential in him and he’s ready to display his talents in front of a packed house at American Airlines Arena on Saturday night.

Cariaso is just another obstacle for Cejudo on his way to the top of the division.

“He just fought for the title and he’s proven that he’s a top competitor. He’s ranked number 10 in the world and I’m not overlooking him by any means,” Cejudo said. “He’s not a stepping stone, he’s a road block. But I’m here to get through that. The southpaw, unorthodox - but I feel like it’s a good matchup for me.

“My goal is to be the best in the world in mixed martial arts.”