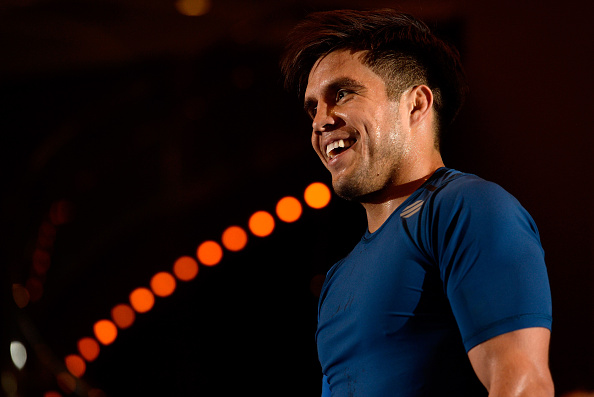 When 21-year-old Henry Cejudo seemingly came out of nowhere in 2008 to become the youngest American to win an Olympic gold medal in freestyle wrestling, it was the American Dream in full bloom, the fresh-faced kid coming up the hard way to make history.

It’s an accomplishment Cejudo will be celebrated for on Saturday in Stillwater, Oklahoma when he gets inducted into the National Wrestling Hall of Fame. But as Cejudo looks back, it wasn’t 2008 that made him who he was on the mat. It started way before that.

“I was a kid who grew up on welfare, a kid who starved in the summers of Phoenix,” the current UFC flyweight contender said. “People talk about gangs and drugs and we didn’t even worry about that. We were just worrying what was next to eat. That’s when you know you’re poor. You worry about drugs and violence, you’re living life. We’re just trying to survive in it. Now I’m just trying to repay everything back because so much has been given to me.”

Cejudo, 31, means every word of what he’s saying, and he’s not taking Saturday’s induction as a Distinguished Member of the Hall of Fame lightly. Nor is he looking at it as a way to shine the light on himself. Far from it.

“It’s an honor because it’s a reflection of who you are, of who raised you,” he said. “That’s what being a Hall of Famer is. The saying is that it takes a village to make a champion. It’s true. I couldn’t do this without my coaches, without my brothers, without my mother, without my family. Without their support, a lot of this stuff wouldn’t be possible.”

When he talks about wrestling and his journey to gold, Cejudo, 31, gets emotional. This wasn’t just a sport to him, something to keep him out of trouble and provide a path out of a tough situation. It was more than that, and it still is. 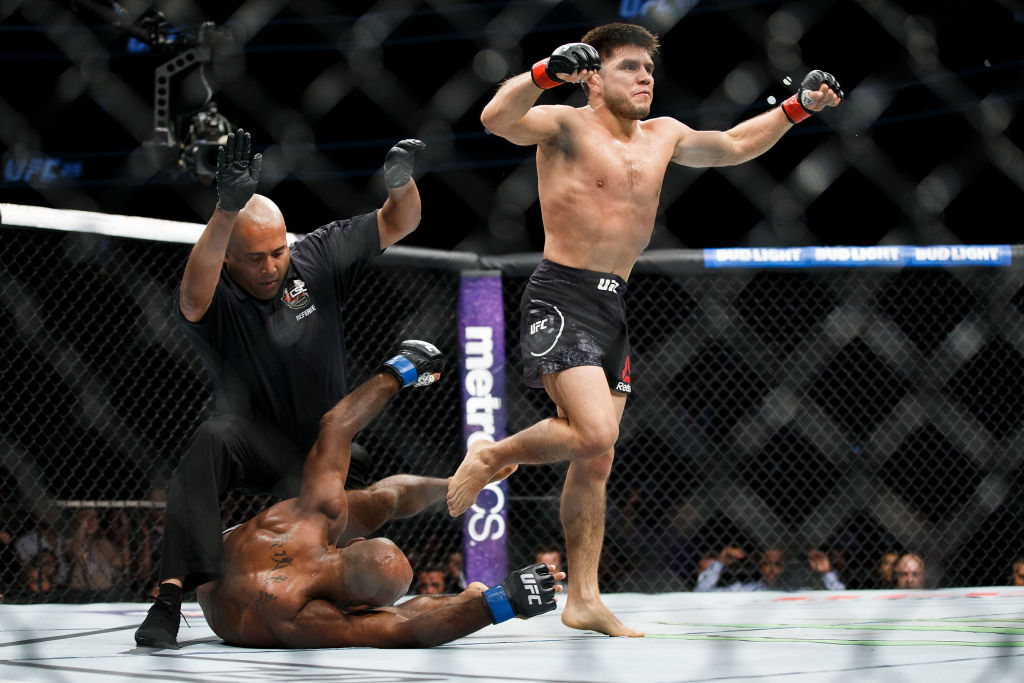 “The sport brought freedom to me,” he said. “I was always a kid who didn’t know how to express himself, and when I found wrestling, it was the best way I could express who I am. I was creative, I was rough, I was mean, I was nice. (Laughs) It’s all these emotions of who you are. Wrestling really is a sport where how you wrestle is how you are as a person. It resonates with who you are as a human being.”

Blessed with talent and drive, Cejudo truly began making his history-making run to Beijing in 2006, when he won the U.S. Nationals, the first high schooler to pull off that feat since USA Wrestling began governing the sport in 1983. Add in the fact that he chose to forego college to chase gold from the Olympic Training Center, and he was making waves from an early age.

“I was a junior in high school and instead of committing to a college, I committed to the Olympic Training Center, and people really thought I was crazy to forego college,” he recalls. “People were going, ‘Man, this kid’s lost his mind.’”

Cejudo wasn’t crazy, but it was a risky path to take.

“It was all-in,” he said. “It’s like being in Vegas and putting the house down and not knowing what’s gonna happen. I didn’t know if I’d get a bad call or if I’d break an ankle or tear something. But the thing that I’m most proud of is that I did something different. I was a pioneer for another route. I wasn’t your average American. My whole goal was to beat the Russians; they were always the guys to beat. I wasn’t worried about winning NCAA titles; my sole thought was to be the best in the world.”

“It’s a testament to heart and will, of desire and passion,” Cejudo said of his Olympic win. “Of being willing to suffer for something that you always wanted since you were a kid and being loyal to it. It wasn’t just a physical ability that I had. It was my physical ability meshed perfectly with my heart. I was willing to use my ability to suffer and obtain what I want.”

Yet oddly enough, Cejudo admits that the gold medal didn’t sink in on the podium. It hit him when his coach, 2000 Olympic bronze medalist Terry Brands, was asked to say a few words about his wrestler.

“This kid right here was man enough to do something that I couldn’t do,” said Brands of Cejudo.

“People ask me when I realized that I won the Olympic gold medal,” Cejudo said. “I realized it when my coach said that. It hurt me a little bit that he still had that hurt.”

Cejudo pauses. It’s been quite a journey. Does it feel like ten years?

“It doesn’t, but it does,” he said. “Time flies. I would do a lot of things different, because even with success, I feel like I neglected a lot of things and hurt a lot of people. And subconsciously, I didn’t know any better. I was almost innocent to it.”

Ten years later, Cejudo is one of the top flyweights in the UFC, and if he can win gold in the Octagon, who knows, maybe a UFC Hall of Fame nod will be in his future.

“It would definitely be a trip,” he admits. “It would separate me from a lot of people and it would cement my legacy.”

That legacy is already cemented. Everything from here on out is just gravy. And now, it’s time for him to celebrate a memorable career on the mat.

“It means the world to me, knowing that I’m being acknowledged as one of the pioneers, a guy who took a different road and made history,” he said. “I’m a very thick-skinned person, but I feel like this ceremony is gonna be a tear-jerker because being a Hall of Famer is not about you. It’s about the people, and that means more to me than a gold medal, and I mean that.”