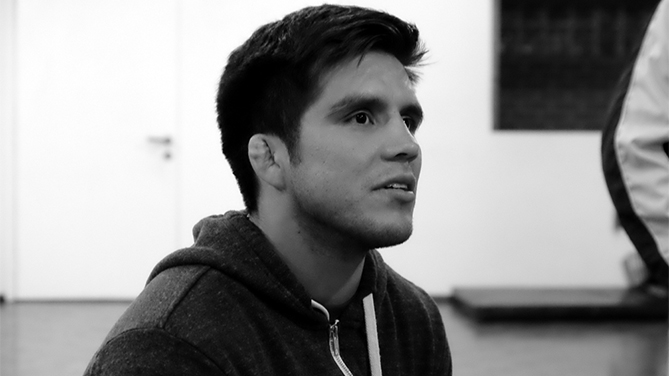 Saturday night in Mexico City, Henry Cejudo seeks his ninth consecutive victory as a mixed martial artist and his third straight win under the UFC banner.
> Read: 'Si, Se Puede' Cain Velasquez Embodies Mexican-American Pride
Should he defeat Chico Camus at UFC 188 and stand in the center of the Octagon with Bruce Buffer bellowing his name while the crowd goes wild, be sure to focus on the Olympic gold medalist’s facial expression. Unlike most victorious fighters, you won’t see elation or relief, excitement or exuberance; you’ll see the look of a man uncomfortable with celebrating because, in his eyes, he still hasn’t accomplished anything.

“I feel so weird when I win and I lift both hands up because never once in wrestling did I feel like I accomplished anything until I won at the Olympics,” Cejudo, who became the youngest American wrestler to win gold when he did so as a 21-year-old at the 2008 Games in Beijing, offers. “That was the only time where I felt, ‘Okay, I can lift my hands in victory; in the v-shape finally.’ I’ll do it because my coaches ask me to do it – I’ll lift both hands – but if you watch my facial expressions, I’m just not satisfied yet. I won’t be satisfied until I become the best in the world. 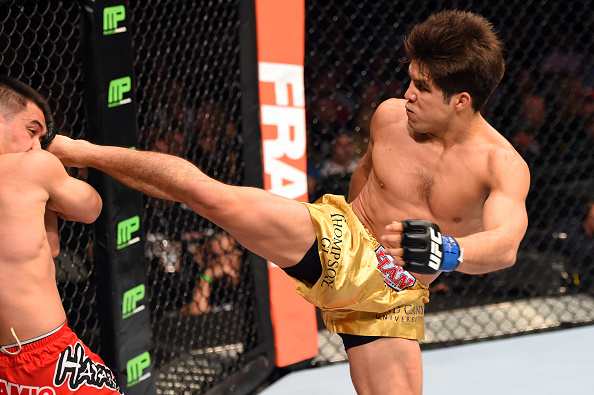 “You guys will see a different facial expression when I lift both hands up and I have a belt around my waist. I haven’t won anything. I’m holding myself to higher standards. I expect the ninth, tenth, eleventh, twelfth (consecutive victory) until I have a championship title around my waist.”

Nothing Cejudo says is forced; it’s not a tale he’s telling himself or a journey he’s trying to convince you he’s capable of taking. He speaks of challenging for and ultimately winning the UFC flyweight title in the same matter of fact fashion used to describe the mundane weekend chores that pop up at this time of year.

Mow the lawn. Wash the car. Win UFC gold. They’re all just items on a “to do” list and if the unbeaten 28-year-old had his druthers, he’d be crossing that final task off his personal “to do” list sooner rather than later.

“If it was up to me, give me the title right away, but that’s why I have coaches and a team behind me,” says Cejudo, who lobbied for a Top 5 opponent following his win over former title challenger Chris Cariaso back in March at UFC 185. Rather than grant his request for a highly-ranked opponent, the UFC has paired Cejudo with Camus, a durable veteran who made a successful flyweight division debut last November with a split decision win over Brad Pickett. 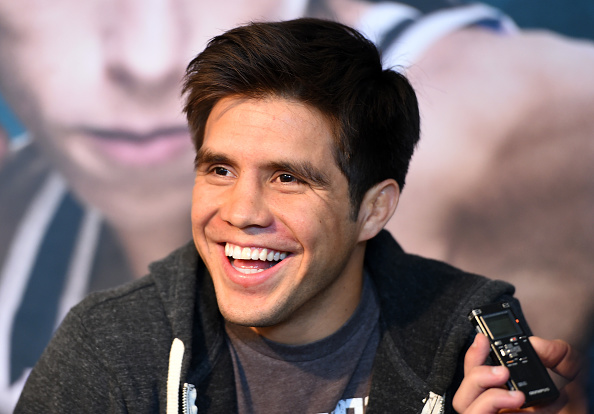 From a rankings standpoint, it seems like a step back after Cejudo handled Cariaso, who sits at No. 10 in the division, three spots ahead of Camus, with relative ease in Dallas, but the former Olympian refuses to get caught up in any of the chatter surrounding this fight or any of this bouts.

“I have my team, I have the UFC and I’m not my own boss,” Cejudo laughs. “I really take what they have to say into consideration and listen to my team. If it’s five more fights, I’m here and I’m willing to listen and take my next step forward. I’m not even really thinking about the title though because I know my time will come.

“I think with Chico, it’s going to be an interesting matchup,” he adds of his impending showdown with the Milwaukee-based Camus. “He does a lot of movement. He moves and potshots. I expect a lot of movement, a lot of dancing, a lot of showboating with him putting his hands down, but I’m a guy you don’t want to do that with.” 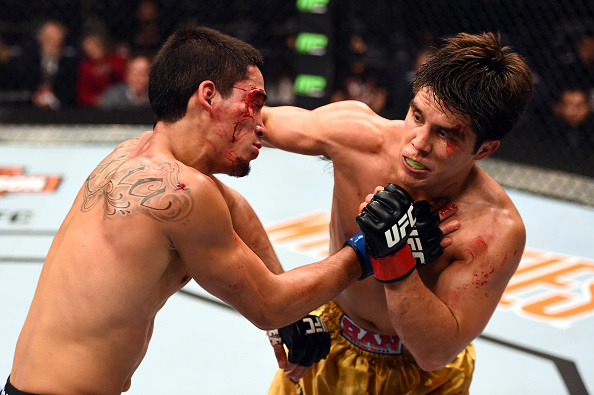 Though he’s still relatively new to the sport of mixed martial arts, Cejudo’s potential has been apparent from the outset and his Olympic pedigree has landed him on the fast track to challenging for championship gold, like it did for his fellow Olympians Ronda Rousey and Daniel Cormier, Cejudo’s 2008 teammate who just claimed the vacant light heavyweight title a few weekends ago at UFC 187 in Las Vegas.

As far as Cejudo is concerned, it’s no coincidence Rousey and Cormier have been able to ascend to the top of the sport and he has every intention of joining them there in the near future.

“For me, I think it helps elevate the Olympic stock,” he says of Cormier’s recent championship victory. “When it comes to the Olympic level, it’s a change in the attitude and I think that’s what separates a four-time All-American and a two-time Olympian. It’s a change of attitude and ambition, knowing that you could be the best in the world, not just a college National champ or an All-American where it’s just your age group. 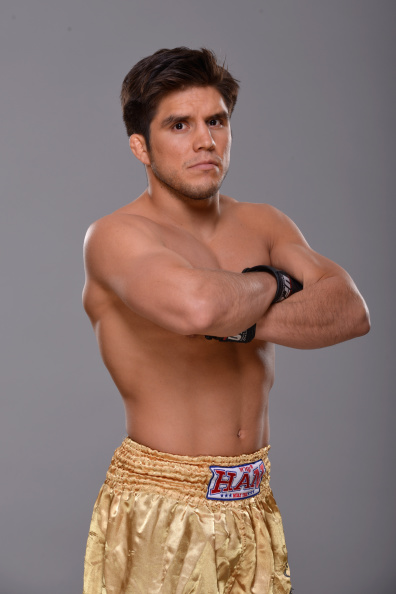 “I’m a competitor – I love to challenge myself and I have the same hunger that I had when I was training for the Olympics because it’s a sport that is the closest thing to combat and I just see it as a new challenge, a new hurdle. I understand what it takes to be the best and I’m willing to put myself through sacrifices and struggles to obtain my success.”

And while he’s undeniably taken an accelerated route to being a contender since landing in the UFC, Cejudo knows he’s done the work, put in the time and carries the focus required to once again be the best in the world in his chosen pursuit.

“I’ve taken my time with this sport. For three years, I did nothing but boxing, competing in amateur competitions. I feel so comfortable on my feet and I feel ready. I feel ready to fight any top competitor because of my time in wrestling and because of taking my time with boxing and mixing everything together into MMA.

“I feel ready for any fighter. I feel ready to fight for the belt. I’m definitely not somebody you want to take lightly. I’m a ticking bomb that is just waiting to blow up.”