This is the last go round for Johny Hendricks. No, the former UFC welterweight champion isn’t hanging up the gloves after Sunday’s co-main event against Hector Lombard.

But once “Bigg Rigg” makes weight in his middleweight debut, he will hopefully never again have to spend an interview talking about his weight.

It’s understandable that it’s become a narrative for Hendricks.

After a near miss before his title-winning effort over Robbie Lawler in 2014, Hendricks saw a 2015 bout with Tyron Woodley go by the wayside after complications with his weight cut, and then he missed weight twice in 2016, coming in over 171 pounds for his losses to Kelvin Gastelum and Neil Magny. After the controversial defeat against Magny in December, he had nowhere to go but up – to 185 pounds.

And he’s just fine with that.

“You know what, I feel great,” Hendricks said. “I’m actually able to work out again. For the longest time, my workouts consisted of, ‘How much weight can we pull off?’” 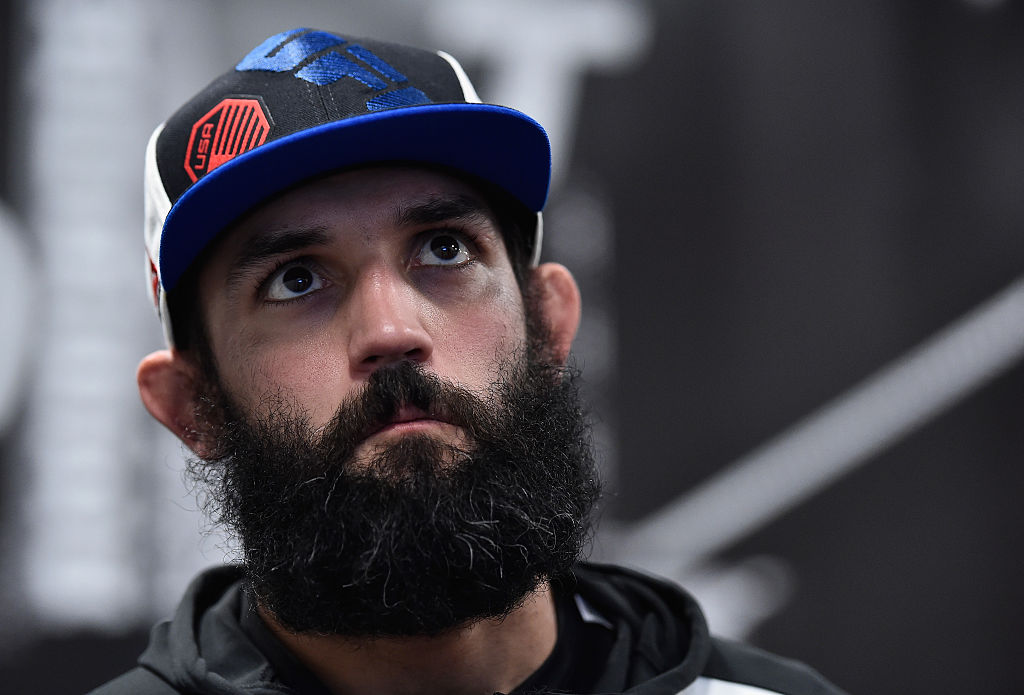 Add in the ban of IV use, and Hendricks really had little choice but to give middleweight a shot. But his desire to go up started long before the Magny fight and he admits that a lot of the reason for staying at welterweight was ego-based.

“I missed weight once in my whole entire life,” said the former Oklahoma State University standout. “And now it’s three times. So four times in my whole entire life, and it eats at me. I don’t like it. I don’t like failing at anything I do and I was an idiot for staying down there. That was where my pride and ego got in my way. I can still get back to the welterweight championship. I know I’m good enough. I know I can fight. But whenever it came time to do it, I didn’t have anything to show.”

Since losing his title to Lawler in their 2014 rematch, Hendricks has gone 1-3, with his training camps focused mainly on losing weight and not getting better. The affable Oklahoma native became the object of ridicule and, all of a sudden, fighting wasn’t fun anymore.

“Every training session from six weeks out was miserable,” he said. “I love fighting and I love being out there, but you’re getting out there and you’re going, ‘This week is going to be the worst week of your life.’ That’s why I really wanted to move up to ’85. ’70 made it a job. It made it miserable.”

The 33-year-old chuckles, as if wondering why he held out so long.

“I can point out in any office building who loves their job, who wants to be there and who doesn’t,” he said. “But there are some people out there who can’t make the move. They get caught up in the routine every day, and in that routine, it’s hard to break. So there’s a part of me that thanks God that I missed weight for the second time because if I didn’t tell them I was moving to ’85, they were going to tell me I was moving to ’85. 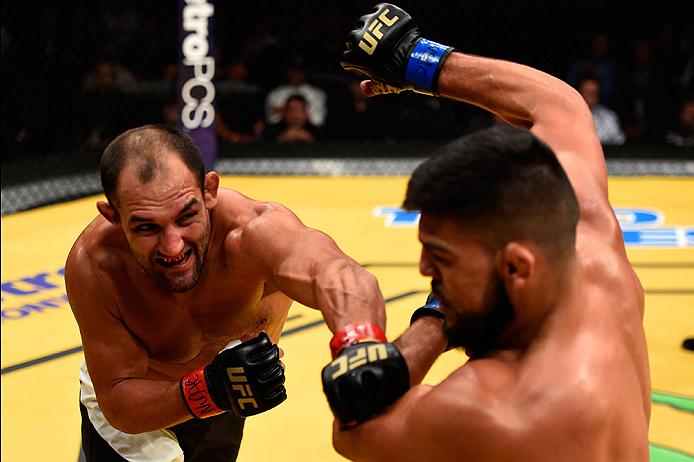 Hendricks laughs, and that’s something you didn’t hear out of him too often over the last couple years. But now Happy Johny is back. And we like Happy Johny.

“My wife likes Happy Johny, I like Happy Johny,” he said. “I’m living life again and that’s the important part. If you hate what you do, you’re not going to be at your best. Fighting turned into a job. It went from fun to miserable in a very short amount of time. I hated seeing my scale. I hated seeing the pile of clothes because I was running through three sweatshirts and sweatpants a day and buying plastics every three days because they were ripping on me.”

He doesn’t see any problems heading into Sunday’s bout with Lombard, but at 5-foot-9, he might have the proverbial mountain to climb in facing naturally taller and stronger foes. But that’s not even a concern at this point.

“I’ve fought tall guys before, and I think that’s what a lot of people are counting out,” he said. “They’re all saying, Johny’s only 5-9 ½, he’s only got a 70-inch reach, and he’s going to be fighting guys with a 76 or 78-inch reach.’ You’re right, I will be. But I look at it as a lot of guys that have that reach don’t have the wrestling I do. You know what I’m more excited about? To see how my punching power is. I think 185 is a good fit for me.”

Johny Hendricks is confident, comfortable and enjoying fighting again. The way he sees it, there’s just one negative.

“The only thing is, I’m not going to look as ripped as I do at 170,” he said. “This is a quick turnaround for me at ’85, but give me a year to lift weights and to shape my body into middleweight.”

I remind him that as the father of four children, he isn’t supposed to be ripped.

One that’s ready to fight.

“I feel like I can start growing again,” Hendricks said. “And a fighter who can grow can always get better. That’s where my mind is now.”