Hector Lombard: In Any Weather 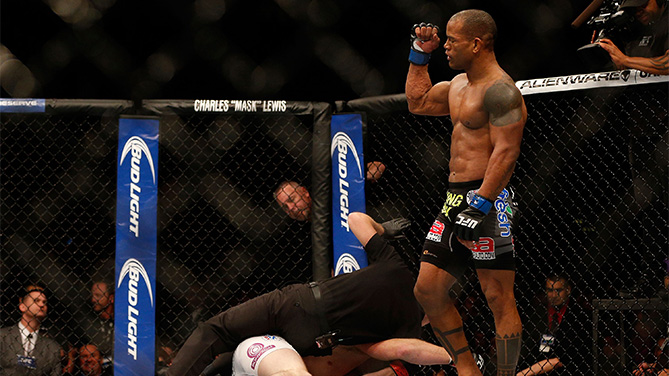 It will catch you every time, cause you to do a double take, and then – usually – you’ll smile. Though born and raised in Matanzas, Cuba and currently living in Coconut Creek, Florida, Hector Lombard’s English is distinctly touched by an Australian accent, but to him, there’s nothing unusual about it.

“Fortunately I went to Australia, which is my favorite place by far,” he said. “It was the first place I got to and I learned English there.”

Having lived “down under” for years after leaving Cuba following the 2000 Olympics, the member of the Cuban national judo team has a clear affection for Australia, even though he has relocated to the United States to pursue his MMA career with a greater level of intensity at the American Top Team gym. But these days, a lot of the questions thrown Lombard’s way have to do with the recent news that Cuba and the United States are renewing diplomatic relations.

The 36-year-old seems cautiously optimistic, but admits that this latest development “wouldn’t affect me at all.” He first talks of a UFC event going to Cuba, but when asked if he would be the headliner, he just says “As long as I’m fighting, I’m okay.”

Lombard does care about his homeland and he has hopes that things will be better in the future for those he left behind.

“The economy’s going to get better, and people are going to see good things in life that they haven’t experienced yet,” he says, knowing that to see those good things, he had to leave and start a new life.

“It’s a shame that I could never get a chance there.”

Australia and now the United States gave him that chance, and he’s taken it, becoming a star in a new sport that may lead him to a world championship and even more security for himself and his family. But earlier this year, after a stellar March win over Jake Shields, Lombard questioned whether he would even be able to fight again when he was forced out of an August bout against Dong Hyun Kim due to a cervical herniated disc. 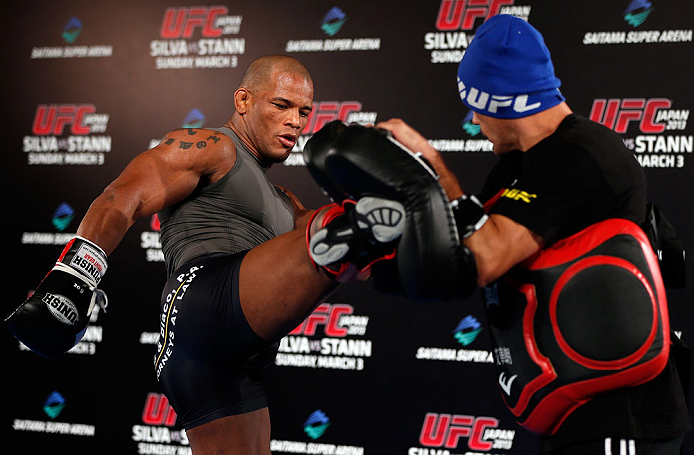 It wasn’t an easy time for Lombard, whose determination to make it back to the Octagon prompted him to dump his old nickname, “Lightning,” for a new one: “Showeather.”

“It came about after the last injury that I had and everything I went through and how difficult it’s been for me to be an MMA fighter,” he explains. “I came up with the name ‘Showeather,’ like I’m ready for any weather.”

Including the inevitable storms that crop up now and again. As for his former moniker, “It was cool, but a few guys have that nickname now, and it doesn’t make me unique. There are a lot of ‘Lightning’s at the moment. ‘Showeather’ is only me.”

That’s for sure, and it’s weathering those storms in Cuba, Australia and the U.S. that got him through the roughest few months of his career, when the body that served him so well previously suddenly wouldn’t cooperate.

“It’s become part of my routine at the moment; going through adversity in life is normal for me,” he said. “Mainly, it was the necessity to get back in there and it was my will to want to get back in there so bad that got me through it. Even the doctors can’t believe how I came back from it without an operation. He said that he’d never seen that before.”

Lombard does a lot of things in the Octagon that fit that description, with his world-class level judo often taking a back seat to his speed and one-punch stopping power. It’s why he’s a sizeable favorite over the 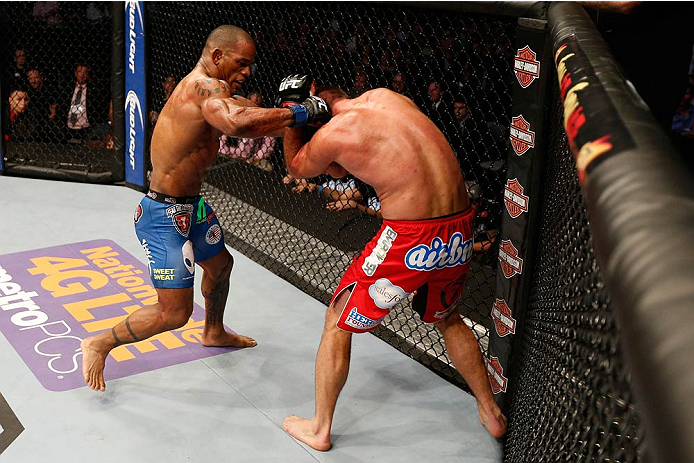 returning Josh Burkman this weekend in their UFC 182 bout, and the main card slot is a perfect one for him to make a statement in as he gears up for a big 2015.

His voice trails off, as if he remembers his new nickname.

In any weather, Hector Lombard shows up. And he will this Saturday and any other Saturday his name is called.