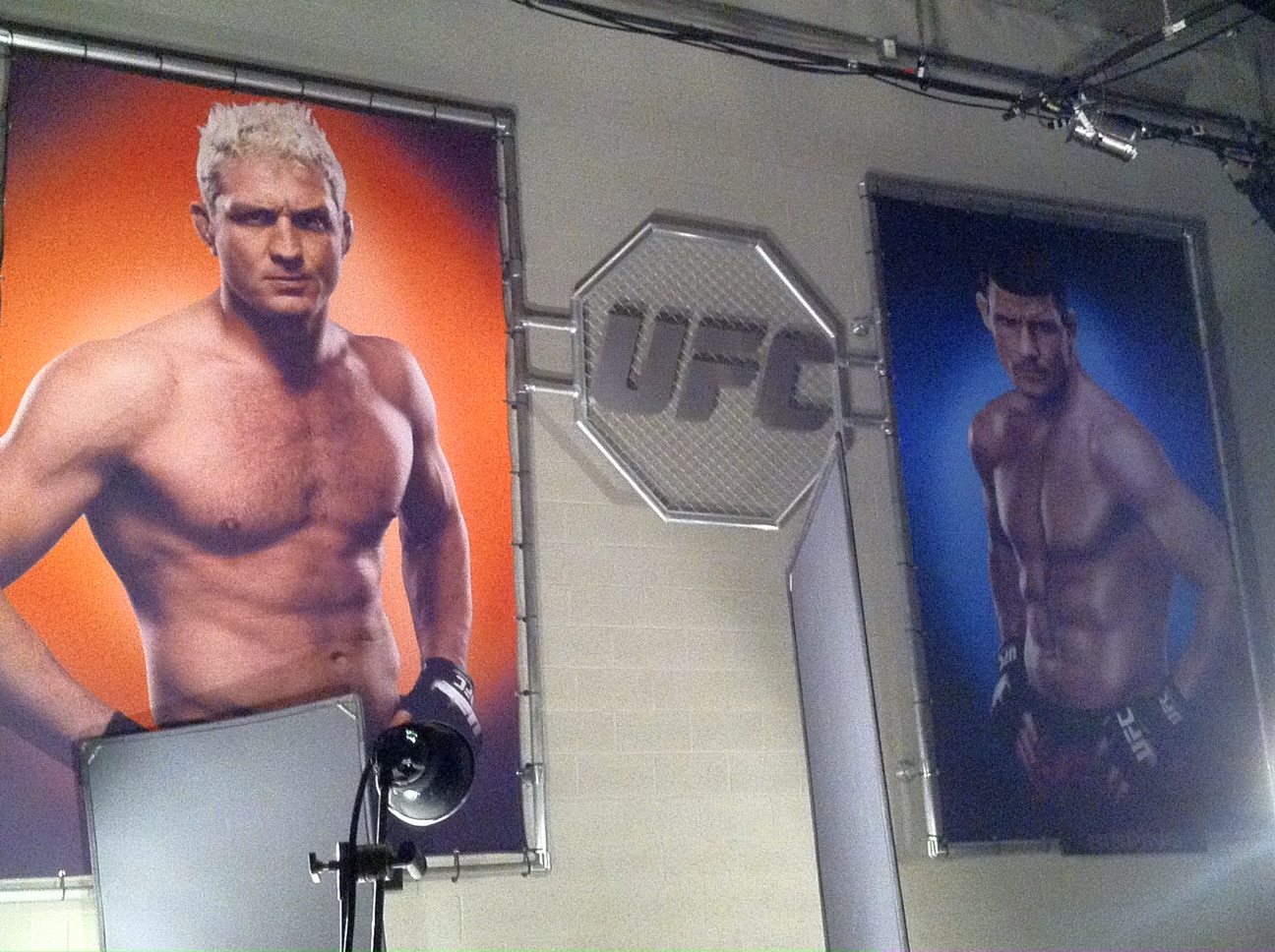 When middleweight contenders Michael Bisping and Jason “Mayhem” Miller were announced as coaches for the 14th season of The Ultimate Fighter reality series, you had a feeling that the two polarizing personalities weren’t going to exactly become kindred spirits by the end of six weeks of taping in Las Vegas.

Well, judging by the first shots the two fired at each other Wednesday during a media conference call to discuss the upcoming season, which premieres on Spike TV with a two-hour show on Wednesday, September 21st (10pm ET / 7pm PT), neither is about to disappoint when it comes to verbal fireworks.

“I’ll say this about Michael,” began Miller. “He is a complex character, an individual that you could write many tomes of knowledge on, and as the season wore on, yes, I hated his guts. And then I didn’t mind him so much, and now I’m back to hating his guts.”

“If you’re saying I’m a complex character, you have about 15 different personalities,” countered Bisping. “Jason is one of those guys, you either love him or you hate him. I definitely hate him; I think most people around him find him very, very annoying. I know the people on The Ultimate Fighter did, and I was no different. At the start of the show I hated him, during the show I hated him, and at the end of the show I hated him. December 3rd I’m gonna kick his ass, so it’s all good.”

Bisping would soften his tone on his antagonist later in the call, but it’s clear that once the series airs, it’s going to have plenty of back and forth between the two, and that’s just what the doctor ordered for a must see season.

Then again, with 16 bantamweights and 16 featherweights fighting first for 16 overall spots in the Las Vegas house and then going on to compete for a UFC contract in each division, there should be more than enough action to keep fans tuning in weekly.

“The fighters were very dedicated, they trained very, very hard, they listened to everything we had to say, they wanted to improve and they weren’t there for airtime,” said Bisping. “They were all real fighters, and when you see the fights this season, you’ll know what I mean. The fights were absolutely incredible.”

“Ultimately, that’s what The Ultimate Fighter is about,” he continued. “It’s not about me or Jason. It’s not about the coaches, it’s about the contestants on the show and trying to give these guys a break into the big time.”

And as a bonus, the two will fight in the main event of the season finale card on December 3rd, with Bisping risking his three fight winning streak against Miller, who is returning to the Octagon for the first time since a UFC 52 loss to Georges St-Pierre back in April of 2005. Since then, the 30-year old “Mayhem” has been in with the likes of Jake Shields, Tim Kennedy, Robbie Lawler, Frank Trigg, and “Jacare” Souza, going 12-3 with 1 NC in the process. In his most recent bout, in September of 2010, Miller submitted Japanese great Kazushi Sakuraba in the first round, and if newer fight fans haven’t seen him compete yet, they certainly saw him as the host of MTV’s “Bully Beatdown” series.

As for Manchester’s Bisping, the winner of The Ultimate Fighter’s third season, his last three wins have come against Dan Miller, Yoshihiro Akiyama, and Jorge Rivera, and while he doesn’t believe a win over Miller in December will earn him a shot at UFC middleweight champion Anderson Silva, returning to coach on TUF for the first time since leading the UK to victory on season nine was an offer too good to refuse.

There was never any hesitation in accepting the role of coach,” said Bisping. “In my opinion, to be offered it is very prestigious and I thank for the UFC for the opportunity. The reality is that there is a downside that it means almost 10 months out of the game, and I like to stay active; it means taking a fight against Jason Miller, which, with respect, probably doesn’t get me a title shot by beating him. So those are the downsides, but obviously it’s a great opportunity and it shows the UFC holds me in high regard to offer me something like that, so I never wondered for a second whether or not I’d take the job.”

And while the UFC jobs of Bisping and Miller are secure, it’s the journey of the 32 hopefuls to get to that place that Spike hopes will have everyone tuning in beginning next week. Miller doesn’t believe getting viewers will be an issue once September 21st rolls around.

“It wasn’t the normal TUF crowd where it was a bunch of guys that were 2-0 coming in,” he said. “Some of these guys had 30 fights. These were developed, excellent athletes and great fighters already that me and Mike had the pleasure of gameplanning with and giving our view on how they should fight. That made this season of The Ultimate Fighter complete because these guys already were great fighters, and now it was all about the competition. We didn’t have one lackluster fight the entire season, and that’s including all the fights to get into the house. Those alone were worth the price of a DVD box set.”