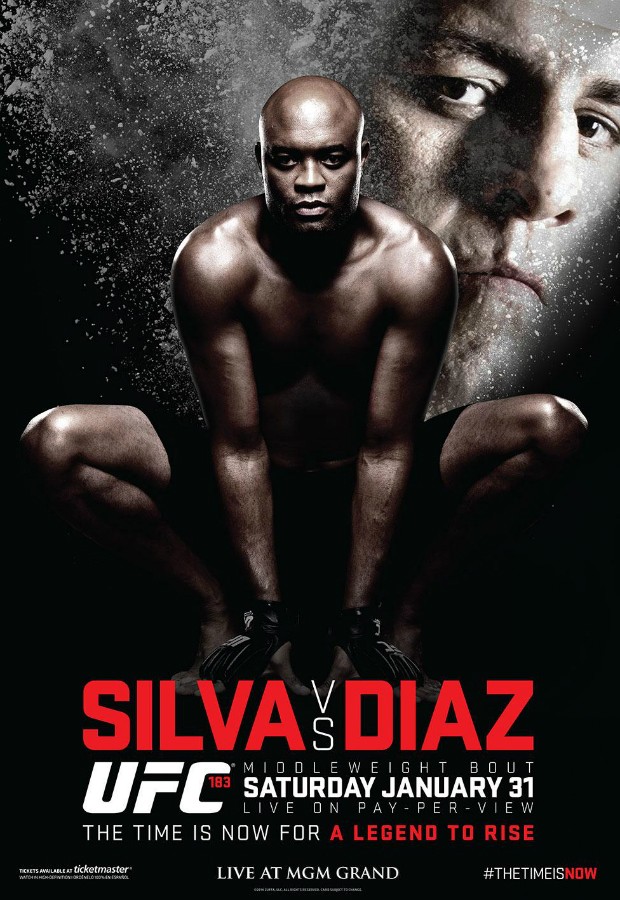 As far as Anderson Silva is concerned, he's done discussing the now-infamous leg injury he suffered over one year ago.

Early in the second round of a highly-anticipated rematch against Chris Weidman, which took place at UFC 168 in Las Vegas on Dec. 28, 2013, Silva fired off a snapping low kick. The technique proved effective during his first encounter with Weidman months earlier. However, this time the New York native was ready for it, responding with a defensive check commonly referred to as a 'knee spike.'

Upon impact, Silva's left tibia and fibula broke in gruesome fashion. The MMA legend immediately hit the mat, clutching his leg and screaming out in agony as a stunned audience groaned in unison.

Following the bout Silva began the slow road back to fighting shape. Though he's overcome both the physical and mental hurdles that stem from rehabbing a serious injury, he has little interest in reliving the moment.

“This is the point in my life where (I no longer talk about it), because my leg's good now,” Silva bluntly stated. “I'm training hard now and everything is new (again). (I don't talk about it) because it's in the past. Sorry.

“It's not difficult to talk about, but this is the past.”

It's clear Silva's focus is locked on the immediate future.

The former middleweight titleholder steps into the octagon for the first time since the injury when he meets returning Nick Diaz in the headliner of UFC 183 in Vegas on Sat., Jan. 31. The bout marks Diaz's first since dropping a unanimous decision to then-welterweight kingpin Georges St-Pierre in Montreal almost two years ago.

UFC 183 will also feature a pair of pivotal welterweight fights, as Tyron Woodley battles unbeaten Kelvin Gastelum and Canadian Jordan Mein faces Thiago Alves. The main card will be available on pay-per-view, with the prelims airing on TSN 4.

For Silva, the clash with Diaz represents the final step to putting the injury completely behind him. Not only would a strong performance answer any lingering questions about his leg, it could also earn him shot at the middleweight championship.

During the lead up to the fight, UFC president Dana White has stated a victory for Silva will net him an opportunity at the winner of next month's title fight between Weidman and Vitor Belfort.

However, Silva isn't worried about the stakes. The Brazilian said it would be foolish to look past Diaz.

Of course, should he get the job done and then go on to reclaim the middleweight strap, Silva would be on a collision course with training partners and top contenders Lyoto Machida and Jacare Souza.

Though Silva has long maintained he will not fight his friends, Machida and Souza recently stated they would entertain the idea if it meant a crack at the championship.

Silva said he is disappointed by both fighters' remarks.

“Jacare is my friend and Lyoto is my friend,” Silva began. “(But) these guys don't talk the same about me. When I go to talk with the media, I say, 'I won't go fight Lyoto because he's my friend. I won't go fight Jacare because he's my friend.' But when they go talk with the media … Lyoto says, 'I'll go fight Anderson because (it's my job to) fight.' Jacare says, '(I will fight him) because I'm a fighter.' My opinion is that I don't like the positions of Lyoto and Jacare. I'm not going to go fight these guys because I train (with them).

“When I go to train with guys it's because I go to help you. So when guys talk like this, I'm very disappointed.

“I understand this is a sport and these guys are in the UFC to fight, but I don't like to fight Brazilians.”

If Silva has little interest in dwelling on the past, he most certainly isn't keen on discussing a hypothetical future where he's forced to fight his training partners.

Silva said he's simply excited to step back into the cage and deliver yet another entertaining performance.

“I'm very happy to be back because I didn't fight for one year,” Silva said. “Now, I'm very excited this is my legacy and my dream. The new Anderson is (here). I have more experience, technique, speed and strength.

“Nick hasn't fought for a long time and I haven't fought for one year. When Nick and I fight, we will put on the best show for the UFC. That's it.”