Following A Five-Round Loss To Former Featherweight Champion José Aldo, Rob Font Is Healed, Hungry And Ready For What Lies Ahead In His Main Event Matchup Against Marlon Vera
By Thomas Gerbasi, on Twitter @TGerbasi • Apr. 26, 2022

It’s always a bad thing to fracture an orbital bone in a prizefight. To do it and still have four more rounds to face one of the best to ever strap on the four-ounce gloves is asking a lot of anyone.

Rob Font believes the first right hand Jose Aldo landed in their December 2021bout set him on the wrong path.

“From there it was fighting four more rounds with a broken face, basically,” said Font. “It sucked, it’s part of the job. It didn’t faze me too much, but it was definitely a lot harder to see.” 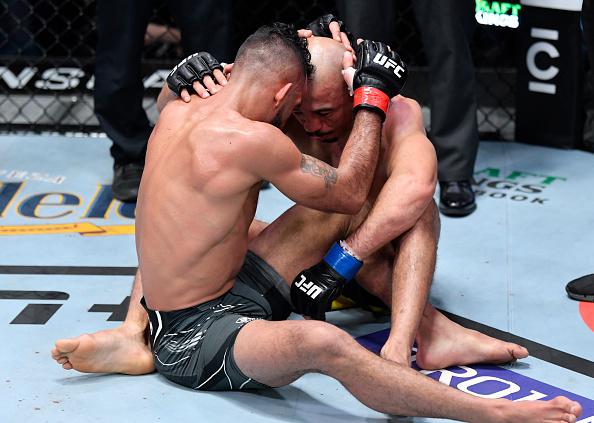 Rob Font and Jose Aldo of Brazil talk after their bantamweight fight during the UFC Fight Night event at UFC APEX on December 04, 2021 in Las Vegas, Nevada. (Photo by Jeff Bottari/Zuffa LLC)

Aldo would later suffer the same injury on the opposite eye, but he took the punishment lead by breaking Font’s nose, and with years of elite-level experience, the Brazilian knew just what he needed to do to get the win. And he got it, winning the main event bout via scores of 50-45, 50-45 and 49-46.

“It was a solid first round and I just got caught early and couldn’t really recover from there,” Font said. “From there, like a true champion and veteran, he was smart with his energy and just picked his shots. Hurting me so early in the first round, everything else he touched me with was hurting me. I’m getting hit with shots that I usually take pretty easily and now my legs are all over the place, I’m seeing three Aldos and trying to figure it out, and before you know it, the last bell rings and the fight’s over.”

The defeat was Font’s first in over three years. In the time after his decision loss to Raphael Assuncao in July 2018, the New Englander won four straight, defeating Sergio Pettis, Ricky Simon, Marlon Moraes and Cody Garbrandt, with each victory more impressive than the last as he moved from contender to title threat. Then Aldo showed up, but Font wasn’t about to start complaining about what fate had brought him.

He’s done it before and he’ll do it again, beginning this Saturday in his third consecutive main event against Marlon Vera. Moving forward is in his DNA, and those aren’t just words for the 34-year-old. And after he gave similar advice to his New England Cartel teammate Calvin Kattar after the featherweight contender’s loss to Max Holloway, he has to lead by example. 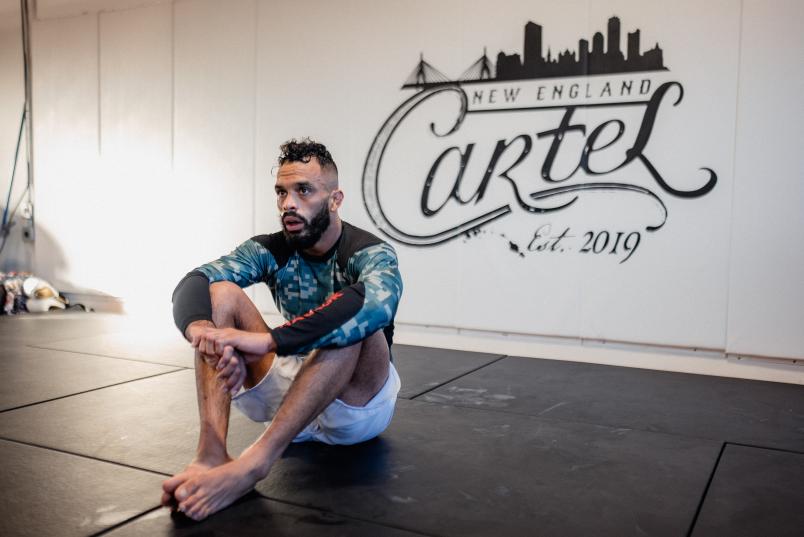 “I reminded him of who he was,” said Font of his words to Kattar. “I told him, ‘You’re just one fight away from all that negative talk disappearing and everybody just jumping on to the Calvin Kattar bandwagon.’”

Kattar bounced back with a career-best win over Giga Chikadze. Font is expecting similar results.

“You learn from those situations and I feel like I’m gonna bounce back even better,” he said.

How difficult is it to bounce back, though? The familiar saying in MMA is “win or learn,” but how are the doubts silenced after a crushing defeat?

“Dealing with these losses, it’s short and sweet,” said Font. “We try to get over it quick and you have to have a short memory. This sport is rough, and if you don’t have a short memory, it’s gonna be a hard night every time you go out there.”

Font took a short break, went to the Bahamas with his lady, and when he returned, he got a call about a fistfight. He was in, and eager to face the surging Vera, who has won two straight, most recently a Performance of the Night knockout of Frankie Edgar last November. Why so eager? Well, part of it is that Font believes he can beat anyone at 135 pounds. The other part is all about style.

“He needs chaos for him to win this fight,” said Font of his opponent. “He needs me to be there, standing right in front of him, going blow for blow for him to catch me. And I plan on not doing that. I plan on picking him apart and I plan on finishing him, as well.”

So back to business as usual for Mr. Font, then?