"Where we come from, we stand up for ourselves and we do what we want, and it’s a unique city because it’s got a lot of personality." - Myles Jury 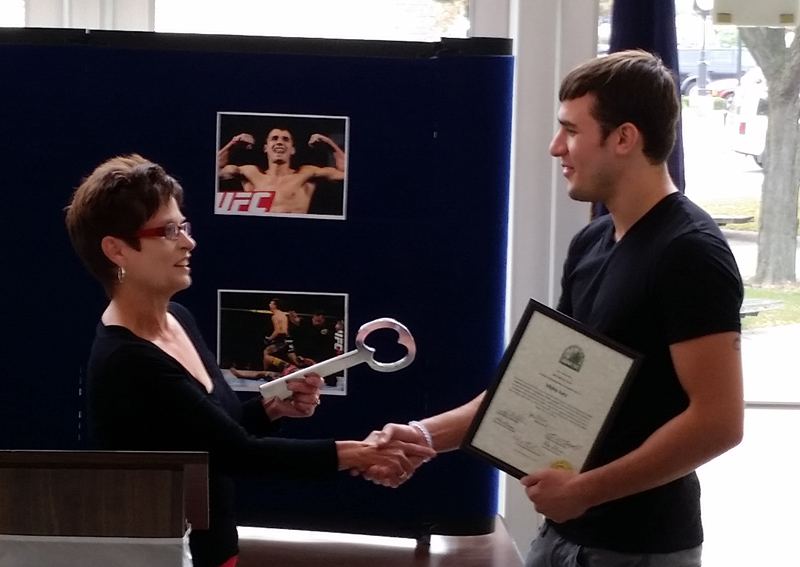 After handing Japanese superstar Takanori Gomi the first knockout loss of his storied career and getting honored in his hometown with the key to the city and his own day, what does Myles Jury do for an encore?

The 25-year-old lightweight contender laughs, clearly humbled to be back in his hometown of Hazel Park, Michigan Tuesday to be given the key to the city and take part in what was proclaimed Myles Jury Day.

“It’s always nice to have people recognizing what I’m doing and show respect for it,” Jury said. “Coming from Hazel Park, I’ve always felt like this place was special and there was something to it, and for them to recognize me with the key to the city and my own day is a huge honor.”

Home to a little over 16,000 people according to the 2010 census, Hazel Park isn’t a huge city, but it’s produced some top athletes over the years, including MLB players Bob Welch and Bill Virdon, NFL lineman Connor Barwin, and 1984 Olympic Gold medal winner Stave Fraser.

“The biggest guy that’s come out of here for me is Steve Fraser,” Jury said. “He’s a gold medalist in wrestling, and I grew up wrestling, so it’s an honor to come from an area where he came from.”

Jury is the latest pro athlete from Hazel Park to make his name, and on Wikipedia’s list of notable people from the town, he’s number eight, a source of pride for a rising star who is far from finished achieving big things in the fight game. And the way he looks at it, his hometown has played a big role in who he is today.

“Where we come from, we stand up for ourselves and we do what we want, and it’s a unique city because it’s got a lot of personality,” he said. “We’re not trying to be somebody else; we’re our unique city, and I feel like that’s something that’s led me throughout my career – I’m not really trying to follow somebody, but I’m being myself and making my own story.”

With family and friends still at home, Jury – who lives and trains in San Diego with the Alliance MMA team these days – makes an effort to get back to Hazel Park after every fight, and none was bigger than his most recent one on September 20, when he traveled to Tokyo to halt Gomi in the first round and improve to 15-0 as a pro.

“Fighting someone like Gomi, you never know exactly how it’s gonna play out, but like I said before the fight, I felt like I was better than him everywhere,” Jury said. “I moved a lot on the feet and just caught him with a good punch and put him away early. Nobody’s ever done that, so I was pretty proud of the performance.”

But what about that encore? What would he like next?

“Hopefully a great opponent that will push me closer to that title,” he said. “That’s where I’m headed, and that’s what I want, so let’s just see what the UFC and my management come up with, and hear what they say.” 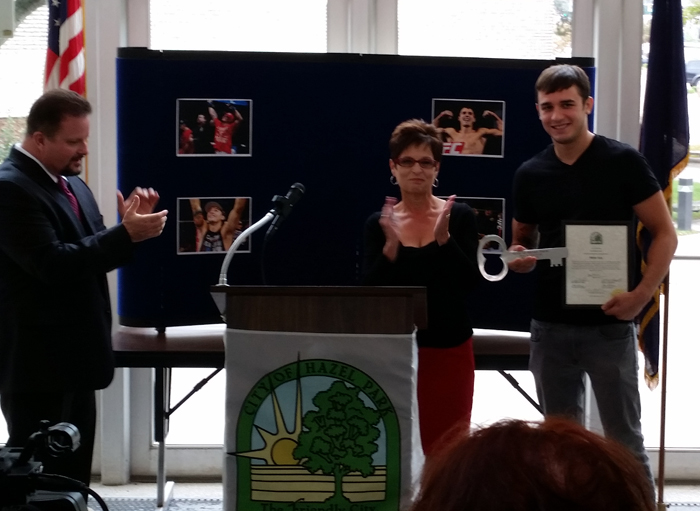