The Harvard wrestling team visited the UFC Performance Institute, got a tour and practiced for an hour at the facility.
By Zac Pacleb - UFC.com • Dec. 14, 2018

The UFC Performance Institute is home to some of the smartest and most innovative minds in the mixed martial arts world, but in late-November, a whole team of bright minds stepped in to roll around on the mats. Ahead of the Cliff Keen Las Vegas Invitational, Harvard’s wrestling team went to the Performance Institute to get the jitters out and also to see the first-class facility in town.

“I thought it was awesome,” Harvard head coach Jay Weiss said. “That was such a treat for us. I know the guys felt the same way.”

The athletes were treated to a tour from UFC Hall of Fame member Forrest Griffin before they held their hour-long prematch practice. Sensing his wrestlers were a little starstruck, Weiss worried his team wasn’t fully focused on their competition. Once things got going though, he said “they did a good job.”

On top of getting to use the facility, Weiss was able to talk to Director of Nutrition Clint Wattenberg, with whom he said he is good friends. 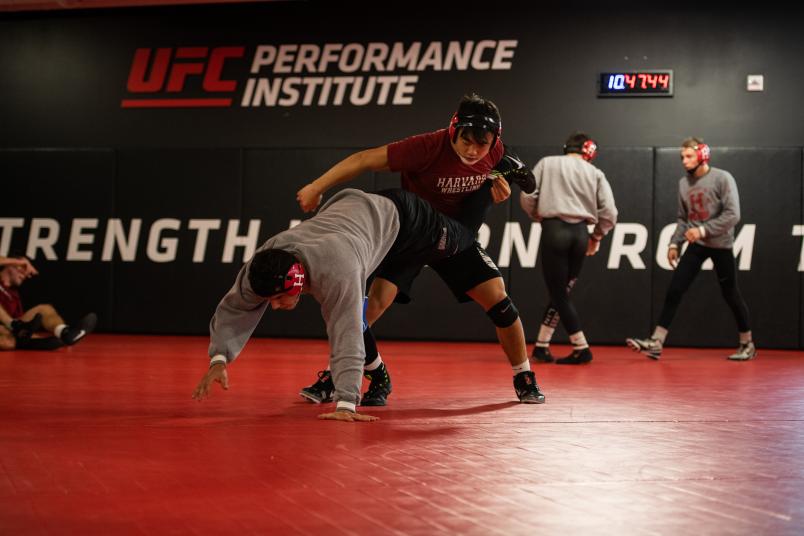 “(Wattenberg)’s so involved in the athletes when they come here and like how he says how little they know,” Weiss said. “It was interesting. He was telling me that UFC fighters are cutting so much weight, it’s kind of back like back in the day when we competed in wrestling. We did things that were not smart, and that’s what UFC fighters are doing, and he was explaining it to me. I thought that was really interesting how he just is really getting involved with how to cut weight and everything, so that part was interesting.”

Wrestlers have always had success in the UFC. From Dan Severn to Daniel Cormier and Henry Cejudo, collegiate and Olympic wrestlers have made their mark inside the Octagon. Because of that, Weiss said he figures that most of his athletes are “very well in-tune” with what’s going on in the MMA world right now. After seeing the Performance Institute, he is excited to see how the sport and its athletes advance along with the science. 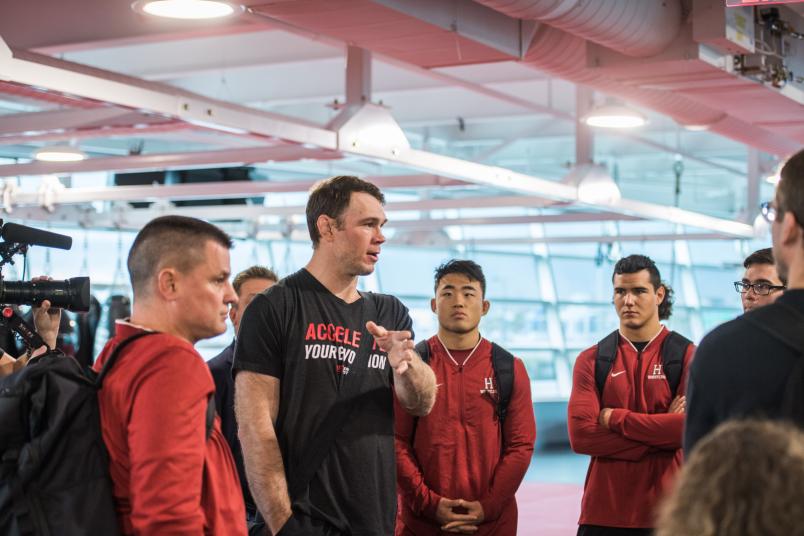 “You start putting this kind of science and technology and expertise into training and preparation, it’s kind of neat to see where it’s going to go,” he said.

As for the team’s performance in the competition, Harvard sent three wrestlers to the round of 16, including Nolan Hellickson, who took down the 19th-rank wrestler in his division. Clearly, the team reaped benefits from its visit and practice at the Performance Institute.

“I hope we can keep doing it when we come back next year when we come to a tournament in Vegas because it was a nice little treat to get away,” Weiss said. “We don’t have to worry about all the other teams involved and just do our workout. It was a lot of fun.”