Harris never expected to get this far

NEW YORK - A lot of pro MMA fighters have impressive amateur records. Not too many have the record posted by Mr. Walt Harris.

According to “The Big Ticket,” his slate before hitting the punch for pay ranks was 23-1, with all wins coming by knockout. After watching the heavyweight power hitter blast through UFC foes like Cody East, Chase Sherman and Cyril Asker, that’s no surprise. What is surprising, though, is that the Alabama native never really saw MMA as a career at first.

“I didn't expect to go this far,” Harris said at the UFC 217 media day on Wednesday at The Theater at Madison Square Garden. “When I met my coach (Jon Dye), it was more of a fitness thing and then he said, 'If you focus on this, you can go to the UFC.' I said, ‘We'll see what happens.’ (Laughs) And I just kept winning and winning and people started chanting ‘UFC,’ and I was like, maybe this is gonna be real. So I put my mind on that.” 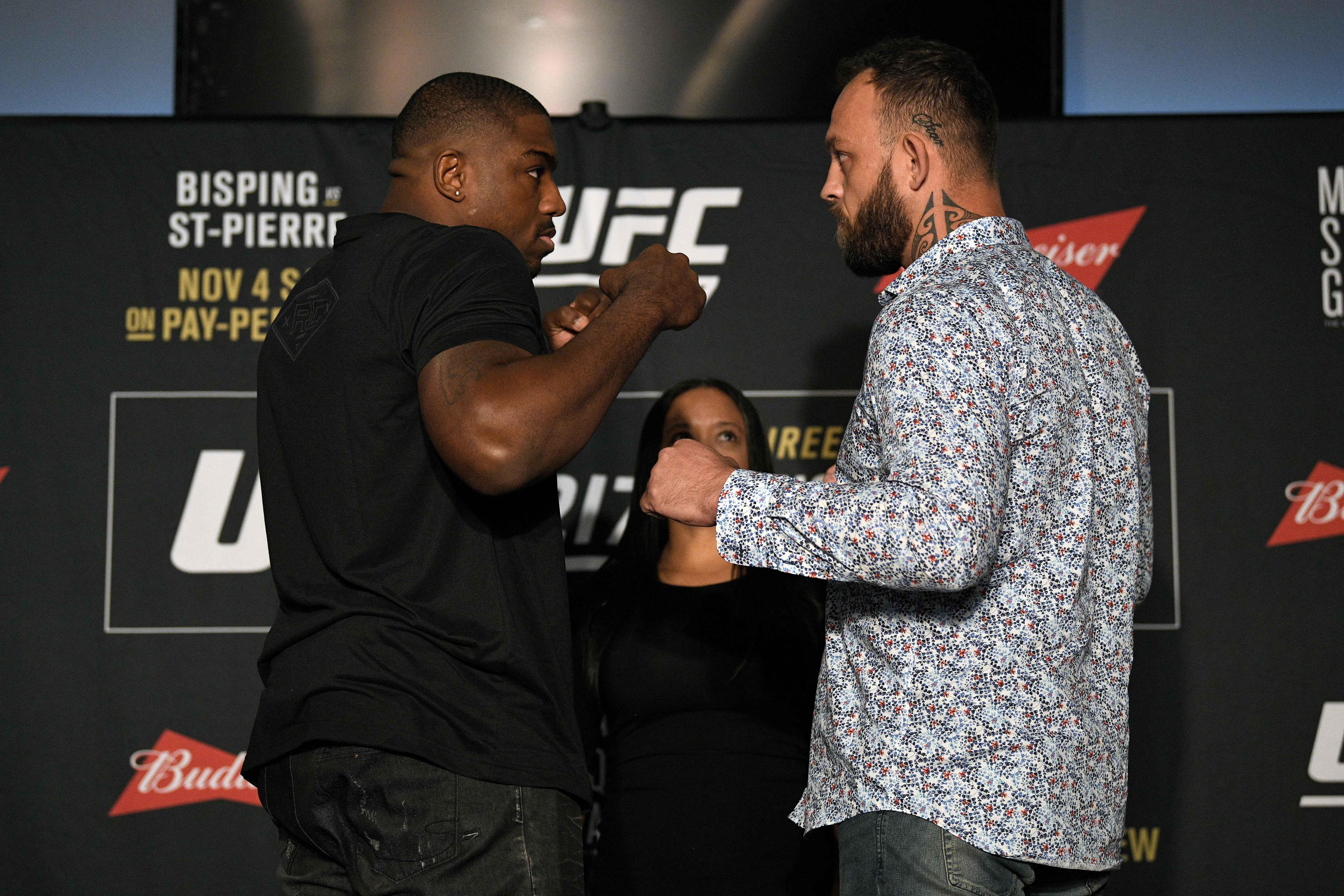 “We fought at a catchweight of 228 pounds,” Harris laughs, but after that defeat, he saw the different levels to the game, and he adjusted accordingly. Then those knockouts started piling up.

“I saw him (Larkin) go on and have great success, and that was my eye opener to the next level because I knew he was on his way to becoming a pro and I had just got into the amateurs, so I knew what I needed to work on,” Harris said. “That pushed me and my coach to a whole other level with training and the mental game, like, 'Hey, if you want to be successful, you've got to put the work in.' So I started working extra hard and that's when the wins started coming. I started knocking guys out and he (Dye) kept me grounded.”

Harris turned pro in 2011, and while his 10-6 record isn’t spectacular, he’s shown flashes of brilliance since returning from a year and a half layoff in 2016, and he’s ready to show how far he’s come when he faces Mark Godbeer on Saturday. It was a fight that was supposed to take place at UFC 216 last month, but in a story taking on mythic proportions at this point, Harris agreed to instead face former world champion Fabricio Werdum on short notice on the same card.

How short? A couple hours.

“It was funny because they were joking about Werdum not having an opponent and why don't we fight him?” he said of the time just after Derrick Lewis was forced to pull out of the fight due to a back injury. Harris was already in the arena, stretching and getting ready for Godbeer when UFC matchmakers Sean Shelby and Mick Maynard showed up in his locker room.

“I'm like, ‘Here we go,’” Harris laughed. “And I jumped up instantly and said, ‘Let's do it.’ I didn't bat an eyelash because I've said numerous times that I'm trying to be a company man and I'm a fighter. I don't pick and choose my fights. I get ready and I fight. I didn't have time to get ready for Werdum, but I felt like being a fan of his and watching him for so many years, I kind of had the game plan down.”

The Cinderella story didn’t turn out well for Harris, who was submitted by Werdum, but it did show him where he was at and what he needed to improve to compete with the top dogs in the division, and for those reasons alone, it was a win for the Birmingham banger.

“I felt like I could handle myself with him and I believe now, with the right preparation, I can beat Fabricio Werdum,” he said. “I felt that in the cage, and I felt like he felt that. So if I get that opportunity to see him again, I think it will definitely be a different outcome. I got in there and realized that I can compete at this level. I really do believe that. It showed me what I need to work on and I've already been working on it, but we didn't prepare for him. So those tools were kind of rusty.”

There will be no such issues heading into this weekend’s bout, and Harris hopes that it’s onward and upward from there. The goal? Of course it’s a UFC world championship belt to go with the couple dozen title belts already hanging in the Champions Freestyle MMA gym. But if the 34-year-old Harris does get some UFC gold, he admits that this belt is not going on the gym wall.

“When I get that one, I'm telling him (Dye) we can get a replica for the gym,” Harris laughs. “The real one's coming home with me.”