MISS THE FIGHTS? WATCH THEM ON-DEMAND ON UFC FIGHT PASS

Walt Harris picked up his first UFC win in a big way Saturday at the MGM Grand Garden Arena, halting debuting hot heavyweight prospect Cody East in the first round of their UFC 197 bout.

East was the latest fighter to enter the Octagon following an appearance on the show “Dana White: Lookin’ for a Fight.”

The two heavyweights from busy from the start, with a furious toe-to-toe slugfest three minutes in apparently proving that both were in this fight for the long haul. But with around 90 seconds to go in the round, a short left hand from Harris put East on the canvas. The gutsy East tried to recover, but Harris kept the pressure on with his strikes, and at the 4:18 mark, referee Mark Smith had seen enough, waving the bout off.

Coconut Creek’s Harris, who was winless in his first three Octagon bouts, improves to 8-4; Albuquerque’s East falls to 12-2. 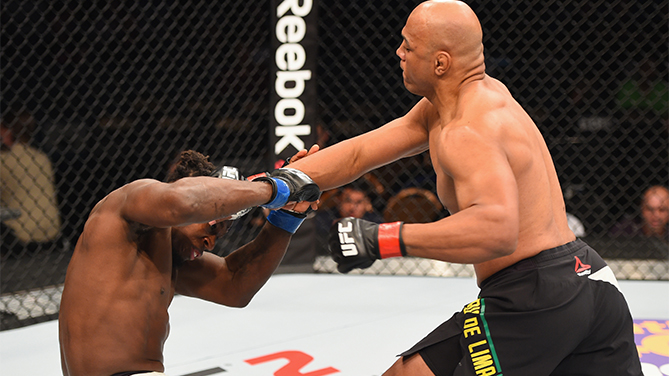 De Lima was looking for the homerun shot as soon as the fight began, and in the opening minute he nearly got it, dropping Hester to the mat. After patiently working his ground attack, de Lima found himself in the mount position, and though Hester forced his foe back into half-guard and then full-guard, the Brazilian stayed busy and eventually locked in an arm triangle that prompted a tap out at the 4:35 mark. 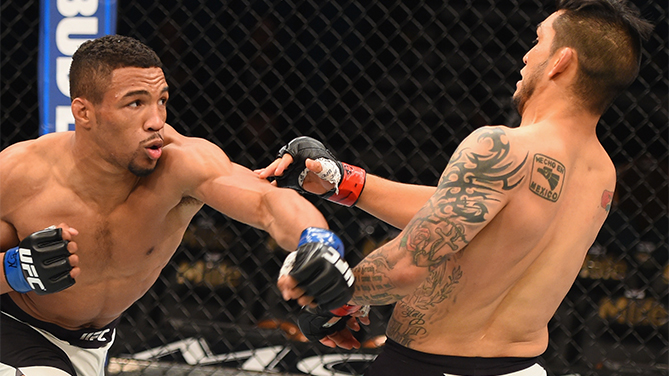 Lee controlled much of the opening round behind a stiff jab and quick combinations, but after the Detroit native gave up on a takedown attempt with a little over a minute left in the round, Escudero kicked into gear with some hard punches that stalled Lee’s attack and got the Arizonan back into the fight.

The second was close, with Escudero using his veteran’s experience to keep the pace to his liking, but in the third, Lee pulled away, not only with his striking, but with a takedown and top control that kept Escudero grounded until the final horn.