“I don’t want Firas (Zahabi) to see me, because he doesn’t want me to be here all the time.”

Haqparast, dressed in sweat-soaked training gear, is relaxing on the mats of Zahabi’s famous Tristar Gym after practice in Montreal, and his problem is that Zahabi wants him to do more of just that. Resting. Haqparast is a gym rat, and between two cancelled fights in the span of a few months, the 22-year-old German lightweight has been busting certain parts of his body for the better part of 2018.

“It’s been perfect, we’re ready now,” said Haqparast, who will finally get to showcase what he’s been doing on July 22 at UFC Fight Night: Shogun vs. Smith.

It’s a home game for the young German with Afghan roots. Born and raised in the Northern-German trading capital, his bout against Marc Diakiese on UFC Hamburg’s FS1-televised main card will be his fourth rodeo at Barclaycard Arena.

“That arena is pretty much my living room,” Haqparast laughed. “I know every canteen there, the whole backstage area. Hamburg is a must-do; I even would’ve waived Madison Square Garden for it. It doesn’t compare. It’s such an honor to be the first UFC fighter from Hamburg and to fight at the UFC’s second event here. I never would’ve imagined my second UFC fight to be here.” 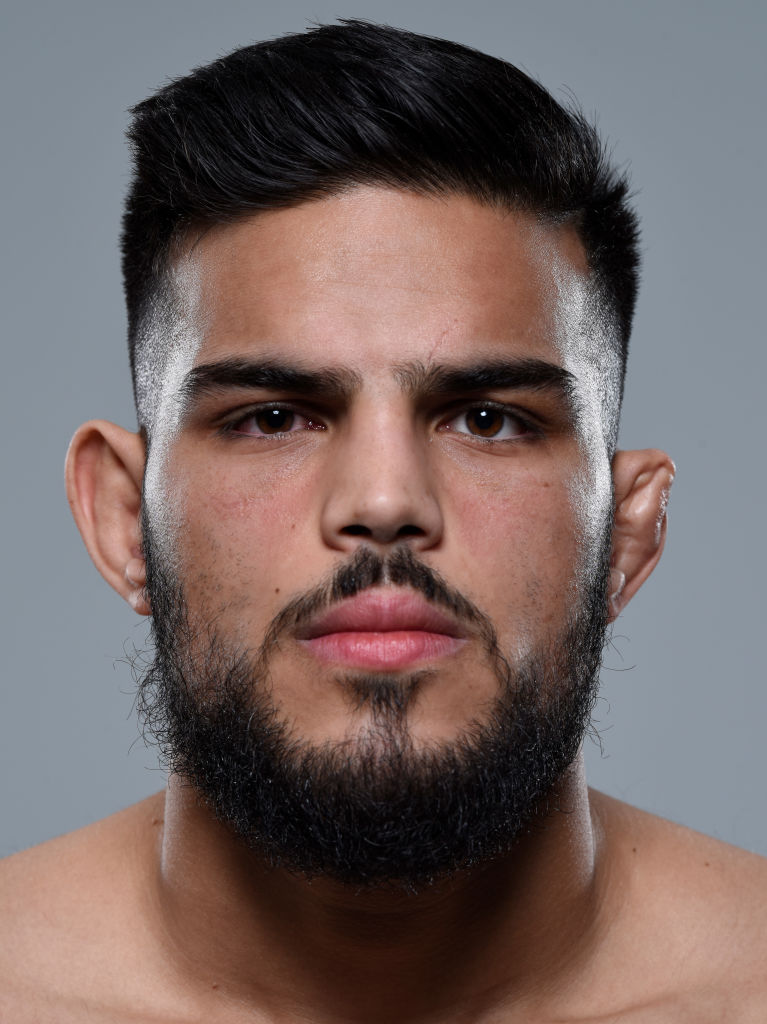 For the longest time it didn’t look like it would. This time last year, Haqparast had three fights in smaller leagues fall out in short succession, with one opponent essentially fleeing the arena one hour before fight time. Then, the UFC came calling when Marcin Held needed an opponent on a few days’ notice at UFC Fight Night Gdansk last October. Haqparast, being more or less in fighting shape, grabbed the chance, gave it his all and lost a close decision to the grappling wizard, hurting him with strikes along the way.

His second go was halted in March when, an hour before the start of UFC Fight Night London, an eye infection he had captured during fight week prompted doctors to take him out of his bout with Nad Narimani. At that point, he had been in training camp for two of this year’s three months at that point.

“We rescheduled the fight for UFC Liverpool that same day in the locker room, but then, Hamburg was announced, and Sean Shelby told me he wanted me to fight there.”

Haqparast took a few weeks rest to let his eye heal – the infection could’ve attacked the brain if not treated properly – and jumped right back into camp for Liverpool on May 27.

That made for three of this year’s five months of being in camp for Haqparast. Then, Hamburg came up, pushing his 2018 camp-to-no-camp ratio to five out of seven months.

But Haqparast can’t be bothered to stop.

In May, his fitness coach’s friendship with the Sheikh of Qatar led to him being invited to level up his conditioning at the Persian Gulf before jumping into fight-specific training at Tristar Gym in Canada. In Qatar, Haqparast laid the physical foundation for his sophomore UFC appearance, with the royal Al Thani family now being expected to grace Hamburg with their presence and Haqparast with their fan support.

After five weeks, Haqparast and his brother swapped running, jumping and lifting in Qatar’s 110-degree heat for punching, kicking and choking people in Montreal’s slightly more comfortable summer weather. And he plans to take best of both worlds back home to put on a show for his crowd.

So, with these prospects, suffering through a brain-threatening eye infection and having multiple fights fall out was well worth it, right?

His camp, Haqparast said, has been the best he’s ever had, culminating in a gas tank to die for and no injuries whatsoever. Plus, he knows what he’s in for this time.

“It was extremely specific because we knew who we’d face. His style is something you can prepare for.”

The fighting style he’s referring to belongs to Marc Diakiese, and it really does seem tailor-made for the two former training partners to deliver a sparkling fifteen minutes – likely less – for the Hamburg audience, which Haqparast expects to be filled with up to 40 percent of family, friends and supporters.

“It’s going to be next-level”, he said, eyes glowing.

While Haqparast wants to show what he’s capable of after a full training camp – or three –, Diakiese might be competing for his job after successive defeats to Drakkar Klose and Dan Hooker. Haqparast will be fighting a lion trapped into a corner. But it’s not like he hadn’t known that it was going to be a barnburner anyway.

The two of them first met in Sweden in 2015, training together at Stockholm’s Allstars Training Center. Even back then, Haqparast got the impression of “The Bonecrusher” as a fairly intense and emotional person.

“After sparring, he was being sulky and rejected a handshake in front of everyone. He apologized later.”

That intensity doesn’t seem to have faded, and while Haqparast is prepared for trash talk in the days leading up to battle, don’t expect him to join in. If not a friend, he still considers Diakiese his buddy.

“We can go get ice cream together the next day or whatever since I’m not drinking alcohol. Marc is just an emotional person.”

Before, though, the 22-year-old plans to go all in and leave with a vicious finish to make up for lost time.

And he wants to do it in the place where he grew up, as a person and as a fighter. Despite a frustrating start to his UFC career, Haqparast has kept his upbeat smile and confident demeanor through it all.

It’s the reason he’ll get a glorious homecoming this weekend. And ice cream.