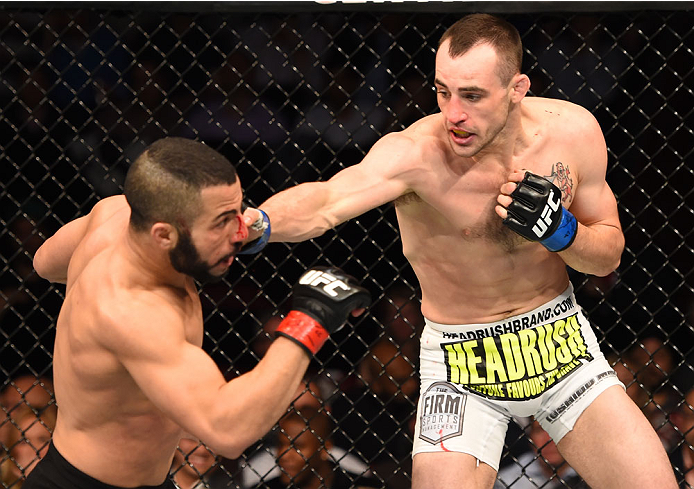 As he closes in on one hundred fights between his pro and amateur careers in MMA and kickboxing, nothing rattles Shane Campbell too much when it comes to competing in a ring or Octagon, earning “Shaolin” a respectful tag as a pretty cool customer.

“I like to think of myself as a little bit of a Fonzie,” he said. “I walk in the room, I hit the wall and lights come on.”

For much of the younger generation, that nod to the iconic character on television’s Happy Days isn’t even something in their frame of reference. It shouldn’t even be in the 28-year-old Campbell’s wheelhouse either, giving him another title as an old soul. We can even up the ante and call him an old school prizefighter, and that’s the description he’ll choose if he had his way.

He even lists “happy in a fight” as one of his strengths on his UFC bio form, and that’s a trait he carries with pride. 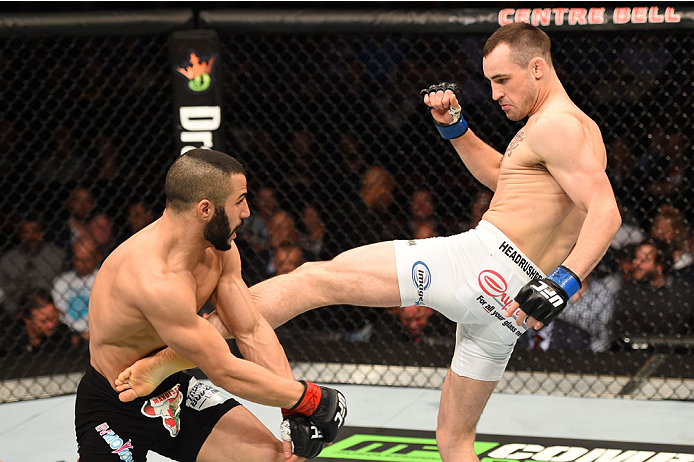 “I think it really was something I was born with,” Campbell said. “I have over 90 fights now, and even back in the beginning, I was never really nervous to get in there to fight, and the more experienced I got, it definitely became more enjoyable for me and I really enjoy myself in there. (UFC welterweight contender) Rory MacDonald recently said that in his last fight, it was the most fun he’s ever had in a fight, and that was a brutal, back-and-forth war, but he enjoys it. I think any great fighter really does need to enjoy that and not just enjoy the accolades of the win afterwards.”

It’s fitting that Campbell and MacDonald share the same philosophy of fighting, because for the last year, the St. Catharines, Ontario native has set up shop in the Team Toshido gym in Kelowna, British Columbia where the “Red King” learned his craft under coach David Lea. For Campbell, finding the right coach and team took a long search that saw him travel around the world before he eventually found his way back to his home country.

“I’ve been a gypsy for many years,” he said. “Just prior to coming down here to Kelowna, I went down to (Team) Alpha Male (in Sacramento), I had been at Nova Uniao (in Brazil) before that and I had just gone to Kings MMA (in San Diego) before (UFC lightweight champion Rafael) Dos Anjos won his title, and I was looking for the gym that I was going to be moving to. David Lea ended up bringing me down here to spar with Matt Dwyer, and in the week that I was here, I was sold on his coaching, and it was much easier to move here within Canada than it would have been to move down to California.”

It’s also made him a different fighter, not just physically, but mentally.

“I have more drive than ever right now,” the 11-3 lightweight said. “Before moving here, there were four, five years where I was only coaching myself. To now actually have a coach that’s extremely knowledgeable is so motivating.”

This Sunday in Saskatoon, Campbell makes his second start in the Octagon against Brazil’s Elias Silverio, and while some look at this bout as his “real” UFC debut, 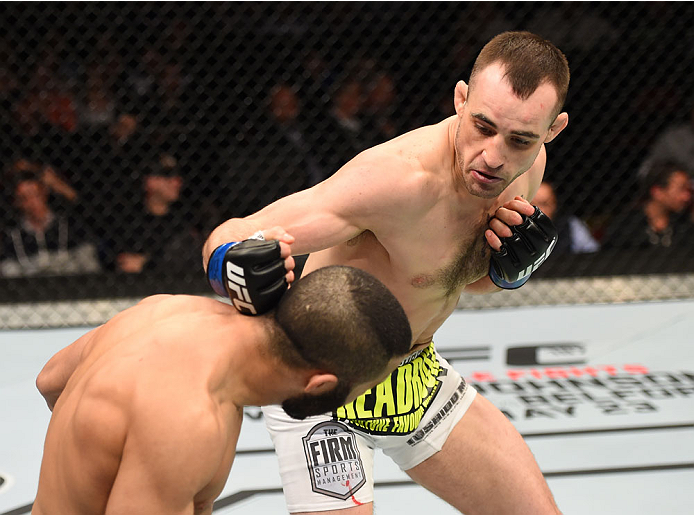 considering he took his first bout against John Makdessi on short notice in April, he’s not describing it as such.

“No, I already s**t the bed on my real UFC debut,” Campbell said of his first-round TKO loss at UFC 186. “It’s in the past and there’s nothing I can do, but any of my friends that know me or fans that know me, they know that every single fight I’m bringing it to the table, and I’m far more prepared for this fight and my mindset is a lot more focused and ready. I feel like I only lost that fight because I got a little crazy for the one kick I was trying to throw, and throwing that kick with my hands down is an extremely silly thing to do. I know that, and any class that I ever teach, I yell at all my students to not do that, but it happens. Unfortunately I was a little sloppy in that fight, but I don’t feel that I’m gonna be half that sloppy in this fight at all.”

Did his students yell at him when he got back to the gym?

As for his opponent, Campbell really doesn’t have much to say, opting instead to focus on what he’s going to do on fight night.

“For me, he’s just – I don’t want to say stepping stone – but he’s another step in my way,” the Canadian said. “He’s definitely not the be all, end all of my career, and this is another fight along the way, an opportunity for me to try so many of the new tools I have in my tool box being here with Dave. The fight is not going to be long enough for me to try all my tools, but hopefully it’s an opportunity to try some, and this opponent isn’t really anything more than just another opponent to me.”