Hamilton moving on from missed opportunity, ready for Pittsburgh 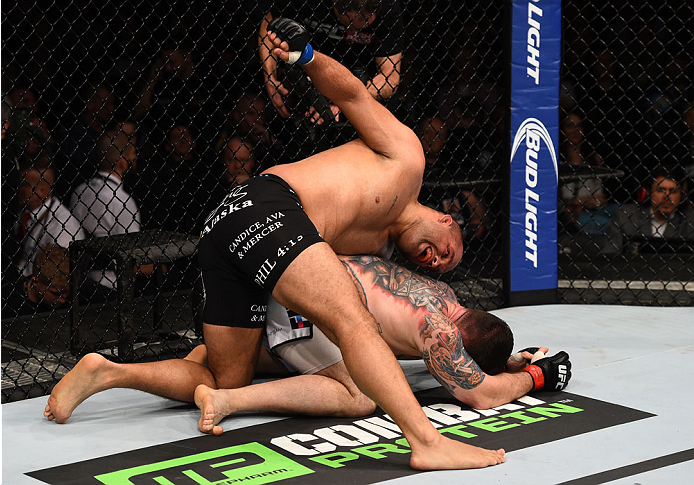 When opportunity knocked for Anthony Hamilton, the “Freight Train” answered, but unfortunately, a fight that could have been a game changer for him simply disappeared when Mirko Cro Cop was removed from their meeting in South Korea last November and subsequently retired.

Originally slated for a meeting in Houston a month and a half earlier against Derrick Lewis, Hamilton was asked if he wanted to move to the Seoul card to face the former PRIDE superstar. For a fighter battling his way up the heavyweight ladder, beating Cro Cop was going to speed up that process considerably.

“For someone like me, I’m an up and coming guy, and to have a fight against somebody like Cro Cop, I had nothing to lose,” he said. “I really believed that I could go in there and win that fight, and it would have just really elevated my stock within the division and let everybody know who I was and it would have been an overall positive thing for me. Now it’s back to the drawing board, and I’ve got another tough guy in front of me, so I’m getting ready for that fight.”

Any fighter worth his salt takes jabs like this and just moves forward. Hamilton didn’t sulk about losing the chance to be in a UFC co-main event; he just let his manager know he was ready for another fight as quickly as possible and made the necessary adjustments in the Jackson-Wink MMA gym in Albuquerque.

“As soon as I got wind that the Cro Cop fight wasn’t gonna happen, I toned it back a little bit and my manager Robert Roveta told me that we’re probably going to have a fight again soon, so ‘stay in shape, don’t let yourself go over the holidays,’” Hamilton said. “So I kept training – I just basically cut the training in half and stayed active throughout the holiday season and as soon as I got word that this fight was gonna happen, I started ramping it back up slowly again.” 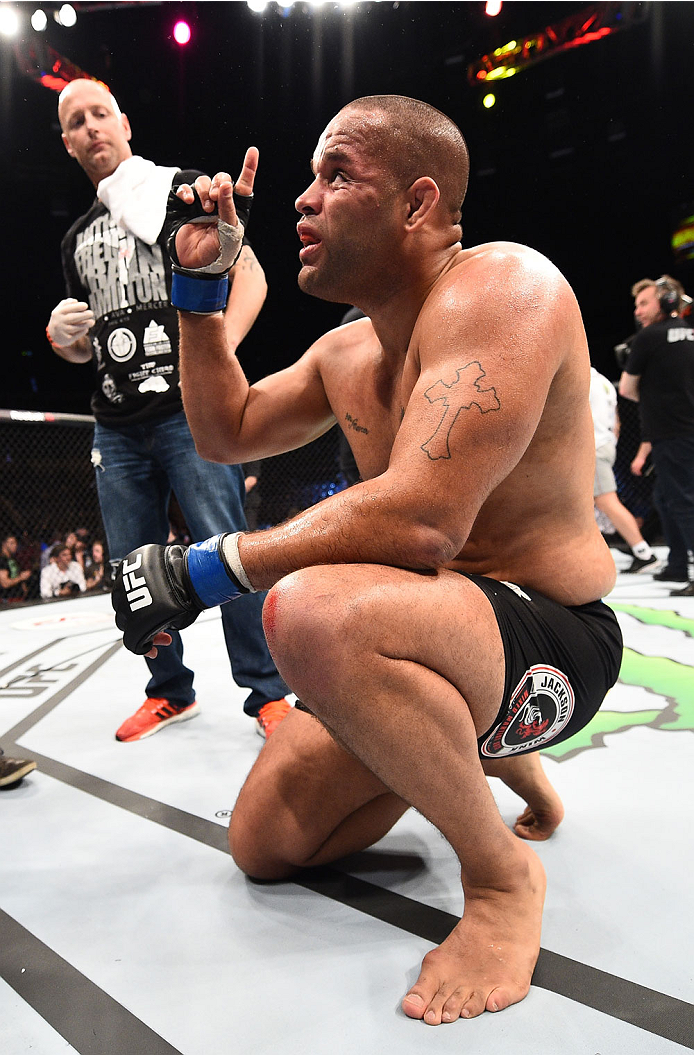 This Sunday, Hamilton is back to face Russia’s Shamil Abdurakhimov in a Pittsburgh bout that will air live on UFC FIGHT PASS. With the exception of Todd Duffee, Hamilton’s Octagon opponents have all hailed from outside the United States, making the 35-year-old the division’s unofficial welcome ambassador. He laughs, but thankfully, he does have the serious business of fight prep for non-United States foes down pat.

“I’m very fortunate to have people like Greg Jackson and Mike Winkeljohn in my corner and so being able to talk to those guys about different styles and different approaches to fights, that’s a blessing,” he said. “Not only that, but I’m a student of the game, so I keep my eye on all the prospects and people getting signed by the UFC, so I’m watching the competition constantly. But at the end of the day, I’m fighting the best in the world every single fight, so I don’t really focus too much on those guys and what they’re doing; I’ve got to focus on me and being the best fighter I can be.”

And part of that focus is getting mentally prepared for a tough opponent who doesn’t have the Cro Cop name, which could have been a letdown.

“I was super motivated to fight in the co-main event against somebody like Cro Cop, but this is just as important because it’s another win that I need within the division and my family needs to eat, so a double paycheck is always nice,” he laughs. “Just to fight in the UFC alone is a dream come true, so I’m motivated in that itself, and I’ll be ready to go when the time comes for this fight.”

And after wins in two of his last three, a stretch that includes a win in Poland over hometown favorite Daniel Omielanczuk in his most recent bout in April, Hamilton is confident that big name opponent or not, he’s on the right track to the top.

“I think if I’m going to make that run, the time is now,” he said. “I fought some really tough guys, and the guys that I have lost to were super, super tough and very well known guys in their own right. So I think I am actually turning the corner. I’m feeling confident, everything’s coming together, I’m in good shape, I know the things in the past that I’ve done wrong and the mistakes that I’ve made and I’m fixing those now and getting better every day. It’s forever a learning process, but I think we’re on our way up and hopefully there will be great things in 2016.”