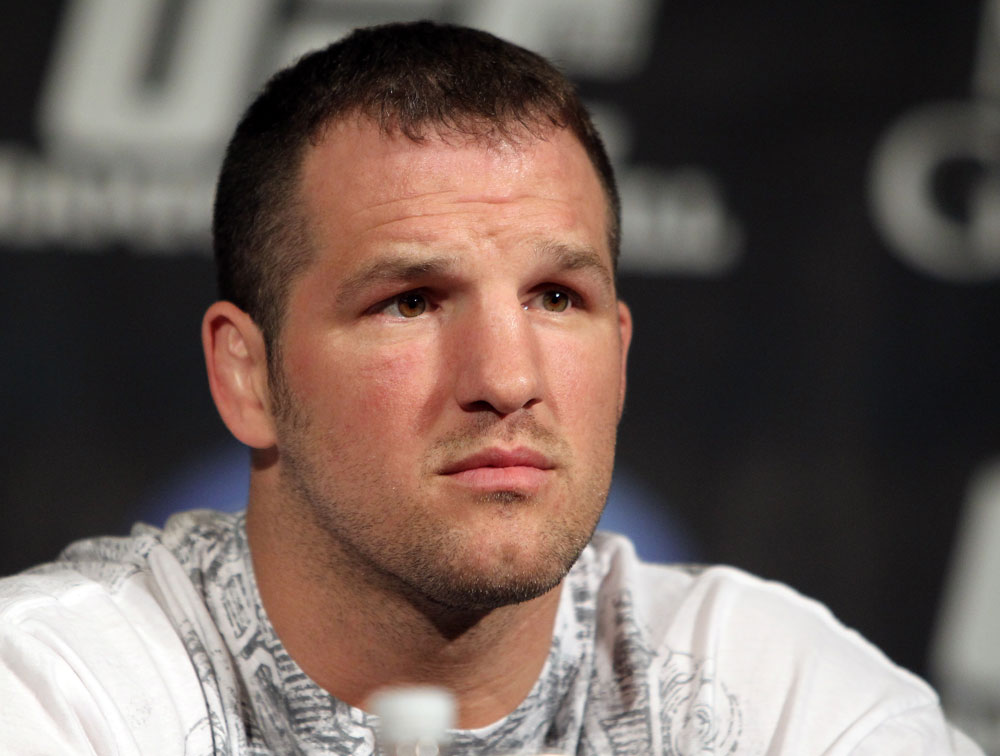 He was the unlikeliest of sports heroes, but the idea of “can’t” just spurred Matt Hamill on.

What resulted was an impressive run in both amateur wrestling and mixed martial arts, but even more importantly, Hamill – who retired from MMA at the age of 34 Monday following his UFC 133 loss to Alexander Gustafsson last Saturday – was an inspiration to thousands of deaf people who looked to him as an example of what hard work and determination can do. But after years of wear and tear, the Utica, New York resident has decided to move on.

“Today is a sad day for me,” wrote Hamill in a statement on his website, matthamill.com. “After six years and 13 fights in the UFC I’m ready to hang up my gloves and retire from this amazing sport. The UFC has been extremely good to me and given me an opportunity to make a great living. That exposure has allowed me options outside the Octagon as well. I just don’t have it in me to fight anymore and my last two performances have shown that.”

A lifelong wrestler, Loveland, Ohio native Hamill won three National titles while at the Rochester Institute of Technology, and also excelled at the Deaflympics. He soon turned to mixed martial arts, really making a splash on the world scene during his stint on season three of The Ultimate Fighter, where he set the stage to become the first deaf fighter in the UFC. It was a monumental achievement.

“I had a lot of e-mails and letters from parents who thought their own deaf children would never be equal to the "hearing" world,” said Hamill in 2006.  “I hope that I have showed them and others that you can rise to the best of your ability and even strive past that. It takes hard work and determination, but it can be done.”

Following his appearance on TUF3, Hamill entered the UFC in 2006 with raw talent but little experience. He made up for what he didn’t know with a relentless drive, and he won his first three Octagon bouts before a highly controversial decision loss to Michael Bisping at UFC 75.

The loss seemed to do even more to boost the popularity of “The Hammer,” and after splitting his next two bouts, defeating Tim Boetsch and losing to Rich Franklin, Hamill won his next five fights. Of course, a 2009 win over current light heavyweight champion Jon Jones was a controversial disqualification victory, but Hamill showed his class whenever he was asked about the fight.

“I made a lot of mistakes against Jon Jones and I know he won that fight, no question,” said Hamill earlier this year, but what came after that bout is what mattered, as he won a three round war with Keith Jardine in June of last year, and then decisioned his former coach on TUF3, Tito Ortiz, last October.

But the rigors of the fight game were beginning to catch up with Hamill, and after a UFC 130 loss to Quinton “Rampage” Jackson in May, he considered retirement.

“I was ready to make this decision (to retire) after UFC 130 but my friends, family coaches and most importantly my daughter encouraged me to give it one last chance,” wrote Hamill in Monday’s statement. “My career has been plagued by injuries starting with The Ultimate Fighter and disrupted my training ever since. There hasn’t been even one training camp where I’ve been able to train without training around an injury. I have not been kind to my body and it has nothing left after 28 years of non-stop competition. It’s time to finally give it a rest.”

Last Saturday, Hamill looked sluggish in his late-notice bout against Alexander Gustafsson, which saw him stopped in the second round.

“I can’t continue to fight without having the hunger and desire to do so,” wrote Hamill. “I can’t let my performances reflect on my coaches, who are the best in the world and the reason I’ve made it this far.”

With today’s announcement, Hamill leaves the sport as an active competitor with a record of 11-4. But his impact has gone far beyond what happened in the Octagon.

“I think he’s a hero to everybody, whether they’re hearing or deaf, disabled, or anything,” said Hamill’s longtime trainer, manager, and friend, Duff Holmes. “He’s a guy who everybody with a disability has looked up to and said ‘look what this guy’s done,’ and he’s given everybody hope. In Philly, he saw a young kid in a wheelchair and he looks at me and goes ‘go over there, I want to meet that kid.’ Usually it’s the other way around and kids want to meet these professional athletes, but Matt wants to meet these kids. The kid had his jaw to the floor, finding out who Matt is. It’s been so special for me to be around situations like that and see what he’s done for people. I personally could not be prouder than to have been allowed to take this journey with him.”

And thankfully, Hamill is far from done with mixed martial arts.

“I have fallen in love with the sport of Mixed Martial Arts and I will continue to coach at our gym Mohawk Valley MMA alongside my teammates and help the next generation of fighters make it to the UFC,” wrote Hamill. “I also look forward to continuing my business ventures outside the UFC including ‘Hamill’ the movie based on my life story set to be released this fall.”

“I want to thank Dana White, Joe Silva Lorenzo Fertitta and everyone at the UFC for the opportunity to make something special out of my life. Thank you to Duff Holmes, Bruno Tostes, Dave Kingwater, Renzo Gracie, Tim Greene, Daniel Gracie, Pat Popolizio, Ron Gross, Doug Blubaugh and Mark Dellagrotte. Thank you to all my training partners who have shared their blood sweat and tears with me along the way. Thank you to all my friends and family for their unconditional support and most of all thank you to my fans! It’s the fans that have made this the truly special experience it has been. The UFC has become family to me and I hope to be involved with the number one mixed martial arts organization in the world as a coach, ambassador and fan for a long time to come.”