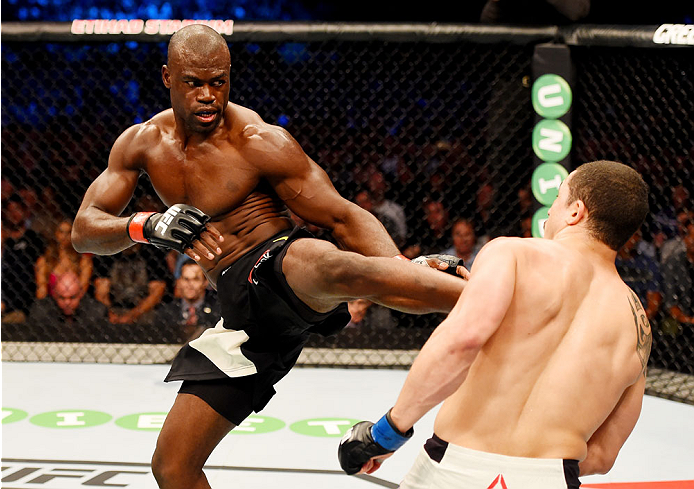 Uriah Hall has an uncanny sixth sense that has nothing to do with spinning back kicks, flying knees, or any of the other techniques he’s used to win 13 of his 19 pro mixed martial arts fights.

Instead, this sense is what allows him to seemingly know everything that has been said about him in the years since he burst on the scene after The Ultimate Fighter 17. Sometimes that’s motivated him; other times, just made him think too much. But good or bad, he’s battled through, and as he gets ready for Saturday’s co-main event against fellow middleweight contender Derek Brunson, “Prime Time” is ready for prime time.

“Honestly, it’s been an amazing journey,” he said. “Going back from TUF, to switching camps, switching schools, to getting cheated, to winning, to losing. It’s a journey and I don’t want to get all philosophical now, but when you can take what you can from life experience, you only grow if you allow yourself to do it. And I fail, and I win, there’s expectations, there’s doubt, there’s which Uriah will show up, and most of those times I would live in my own head or 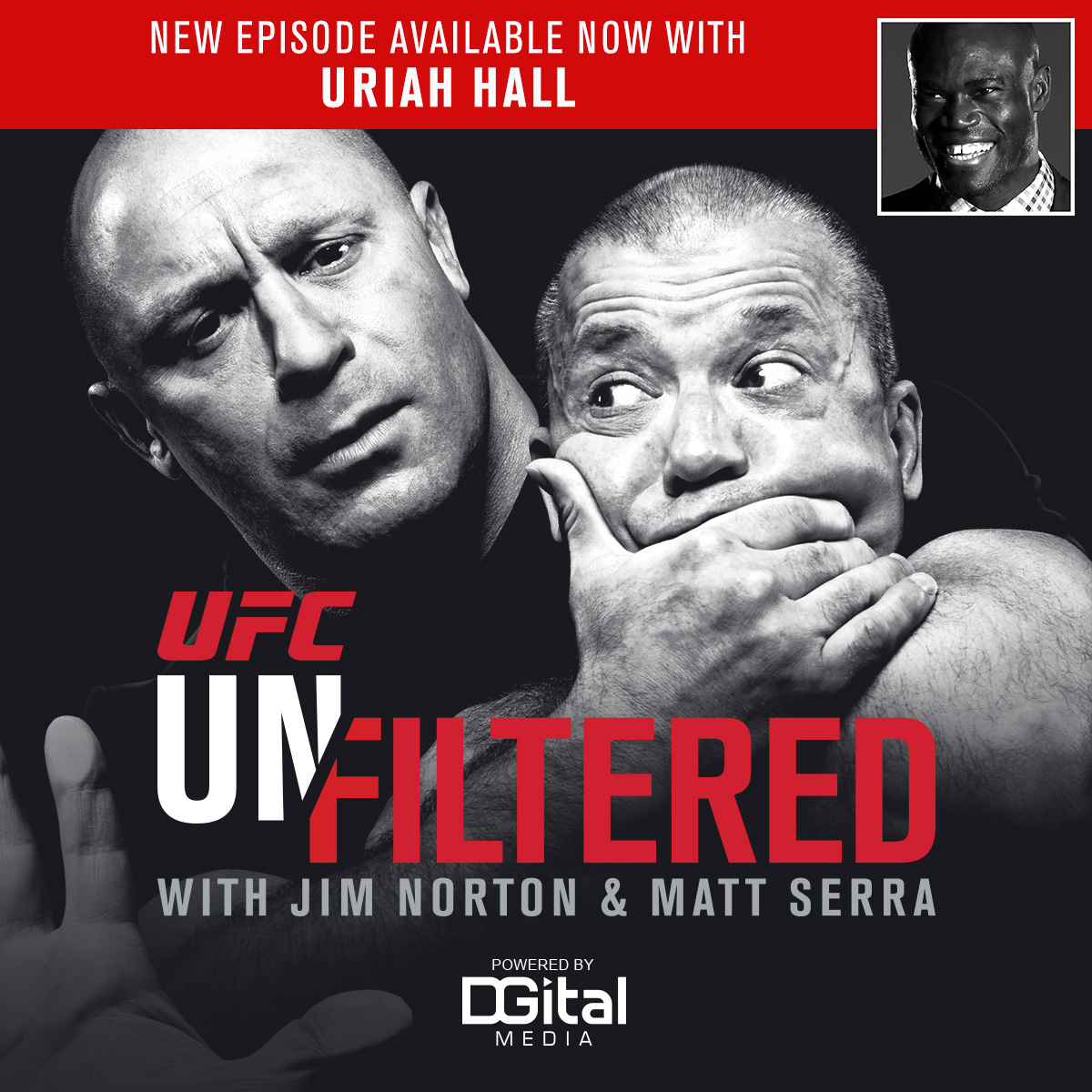 live in other people’s expectations, forgetting about my best attributes and what made you start what’s fun in the first place.
Hall featured on UFC Unfiltered podcast Thursday

“But I’m stable, I’m hungry and I’m focused, and I know where I’m headed and I know exactly where I came from. And that’s where I’m at.”

So when asked about losing what could have been a career-defining fight against Anderson Silva at the 11th hour when Silva was forced into emergency gall bladder surgery, Hall will say, “It is what it is.” Mention getting a spot on the upcoming Madison Square Garden card in his hometown of New York of November 12, he says he’ll take it, but he’s not going to start campaigning for it.

But when the topic of Brunson comes up, Hall will get animated, as he calls his opponent “an undercover bully.” Having dealt with bullies as a kid when he came to the U.S. from Jamaica, that topic is a sensitive one with him, so when the two first met at the tryouts for TUF, Brunson left an impression on Hall.

“I was never fond of him,” Hall said. “Granted, he couldn’t get on the show (TUF) because he was still tied down with Strikeforce at the time, but he was one of those undercover bullies, and I could tell by certain comments he would make, he would look at me in a certain way, and I was like, ‘Whatever, I don’t like this guy.’ At one point, he called me out, saying I was talking s**t. And I’m like, ‘What, I never heard of it.’ But I get it – he’s trying to step up. I see why he wants to fight me, because he thinks I’m a stepping stone. But miraculously, I look at him as a stepping stone too. But I really just look at him as getting out of the way.”

The two middleweight standouts have let their feelings about each other be known on social media, lending more heat to an already explosive matchup. But will emotions take Hall out of his game? No chance, he says.

“I’m better when there’s challenges, and it’s kind of a challenge, because it’s like that movie where you see that bully and you just want that bully to get punched in the face,” he said. “That’s how I see him. I see him as that guy who’s talking s**t who doesn’t know me. I just really want to punch him in the face.”

So no losing his cool and leaving Brunson an opportunity to seize control on fight night?

“I’ve been extremely calm for this camp, I’ve been comfortable, I’m working with one of the best camps at Xtreme Couture, I’m very excited and I got my head where it needs to be. I’m just gonna go out there and f**k s**t up and talk with my fists.”

He laughs, sounding like a 32-year-old fighter without a care in the world. But he does care. About winning, about becoming a champion, about putting on a show that people will be talking about for a long time. It’s just how he cares that’s different these days.

“Life’s changed a lot,” Hall said. “I’m trying to get that gold and do it for myself and at the same time do it for the people in my backyard in Queens, New York and in Jamaica to put them on the map. It’s a different understanding now. So when I get guys like Derek Brunson, who have no idea what I’ve had to sacrifice to be where I am today, that’s nothing. That’s nothing.”