Hall sees holes in his young opponent at UFC 226 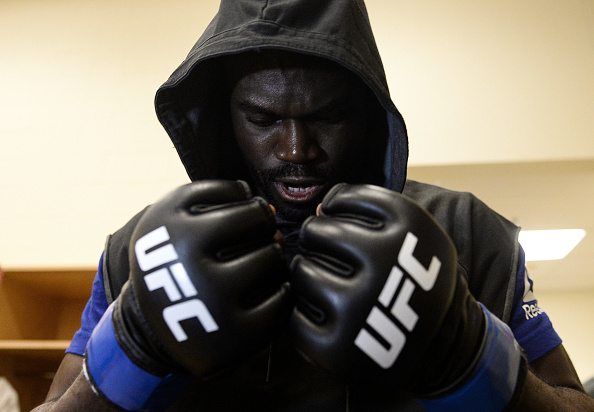 Uriah Hall has spent his entire UFC career in search of balance; a way to sync up the obvious physical tools he brings to the cage with the moments of unwavering confidence that produce the sense of calm he needs in order to perform at his best.

There have been flashes of brilliance – his otherworldly knockout of Adam Cella on The Ultimate Fighter; dominant efforts against Ron Stallings and Oluwale Bamgbose; the Tekken-inspired finishing sequence that produced his second-round stoppage win over Gergard Mousasi – but disappointing moments as well, resulting in Hall’s record inside the Octagon standing at a somewhat ironic 6-6 through his first dozen fights.

“The fighting world is all these up and down emotions where you’re battling yourself,” said Hall, who returns to the cage this weekend against surging Brazilian Paulo Costa in one of several outstanding preliminary card fights set to take place Saturday at UFC 226. “One minute you’re telling yourself you’re the best in the world and another minute, you’re like, ‘What is wrong with you?’”

None of this is new to anyone that has followed Hall’s career since his time on Season 17 of The Ultimate Fighter, where he dominated on the way to the finals, but also talked openly about being bullied as a child and battling anxiety issues. Just as it’s almost fitting his record now stands at 6-6, the fact that the first of those losses came to Kelvin Gastelum, Team Sonnen’s last pick and the least experienced fighter in the competition is somewhat poetic as well.

An unassuming kid from Arizona with good fundamentals and unwavering self-belief beat the guy that always looked the part of a championship fighter, but never really believed it to be true.

The best thing Hall has going for him as he continues on this journey to put everything together and start building towards a place in the upper echelon in the middleweight division is that he’s the first to admit when he makes a mistake and is keen on doing whatever it takes to find a solution.

Unfortunately, reformatting the way you think and handling different situations is no easy task.

“For years, I haven’t adjusted to the mentality of the cage; there was something holding me back for some reason,” said Hall. “I’ve been wrong with certain things or certain people that I’ve been blaming because it all comes down to me.

“We all know I have the physical capabilities, but the mental attributes are one of the thing I could never put together,” he added. “What I’m really good at is not quitting. I may fail things or not do them very well, but I’m always the first to say, ‘I did it wrong; how can I get better?’

“I’ve been working to get back to the fun aspect of things; not worry about the crowds, not worry about under-performing or losing, but just being present. Chael (Sonnen) said that to me a long time ago, ‘The environment changes, but the act doesn’t,’ so it’s just about me being present and putting all these attributes that I have together so I can display them on stage.”

Over the last six months, Hall has endured some difficult challenges, including the passing of Xtreme Couture head coach Robert Follis and being forced out of a fight with Vitor Belfort in January the morning before the contest after pushing himself too far during his weight cut.

But rather than dwell on the disappointment of being unable to compete and the litany of comments and assumptions that followed, he opted to view the situation as an opportunity to learn more about his body, take an active role in figuring out his diet and nutrition and continue working to find that balance he has always sought.

On the eve of his return to the cage, the 33-year-old middleweight enigma feels better than he has in a long time, mentally and physically, and he’s eager to step into the Octagon on July 7 and show prove to everyone what he is capable of doing when his there is balance between his mind and body.

“I don’t need to get angry. People used to tell me, ‘You need to get angry,’ but I’ve tried it. I don’t do well off anger. Emotions don’t really help me. When I am calm, when I am cool and fluid, I am focused and when I am focused, all I need is a split-second of an opening. That’s all I need. A little bit of an opening and I will take it full blast.

“My opponent is young, he’s hungry,” he said of Costa, who has earned three straight stoppage victories to begin his UFC career. “For me, when someone comes at me with those attributes, I thrive. It puts adversity on my shoulders and makes me perform. He’s underestimating me, which works in my favor. I see a lot of holes in his game – he’s young and strong and stupid so it’s just a matter of me going out there and exploiting that and that is my intention.

“We’ve seen glimpses of me doing spectacular things, whether it’s Gegard Mousasi or the Adam Cella fight or whatever, and that’s just me getting out of my head and performing to my liking.”

And when he gets everything line up just right?