In Ryan Hall's first fight in two years, he has the chance to take down a UFC Hall of Fame member.
By Thomas Gerbasi • Dec. 24, 2018

At the age of 40 and with a five-fight losing streak that he’s hoping to snap this Saturday, BJ Penn may not be the fighter he was when he was putting together a resume that landed him in the UFC Hall of Fame. His opponent, Ryan Hall, isn’t buying that assumption at all. 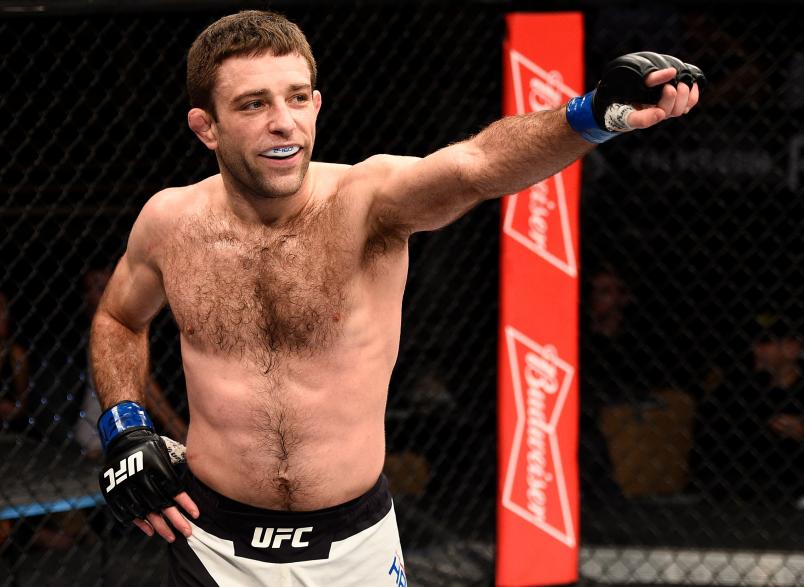 “I think in many cases, people don’t give BJ the credit he deserves,” said Hall. “He’s been around the game a long time, but the game has not passed him by in any way, shape or form. He still does things at a very, very high level and a lot of the trouble that he had was outside of his own weight class, whether up or down, and also fighting against people with a great deal of MMA experience. I don’t enjoy any of those built-in advantages that some of the opponents that he had difficulty with in the past did, so I’ll have to lean on other things in this one. I know it will make me have to show up with my best.”

Returning to the lightweight division, where he is 11-3-1 over the course of nearly 18 years in the sport, Penn has been a great fighter, meaning that according to the old fight game adage, he still has a great performance left in him. And all eyes are on “The Prodigy” to see if that performance will be delivered this weekend.

But what of Hall, the former Ultimate Fighter winner with a 2-0 UFC slate who has been M.I.A. since a December 2016 win over Gray Maynard? Where has he been for the last two years?

“Here and there, but always training and always doing my best to improve,” he said. “I feel very fortunate to have an opportunity to compete again, and I’m just glad to be back.” 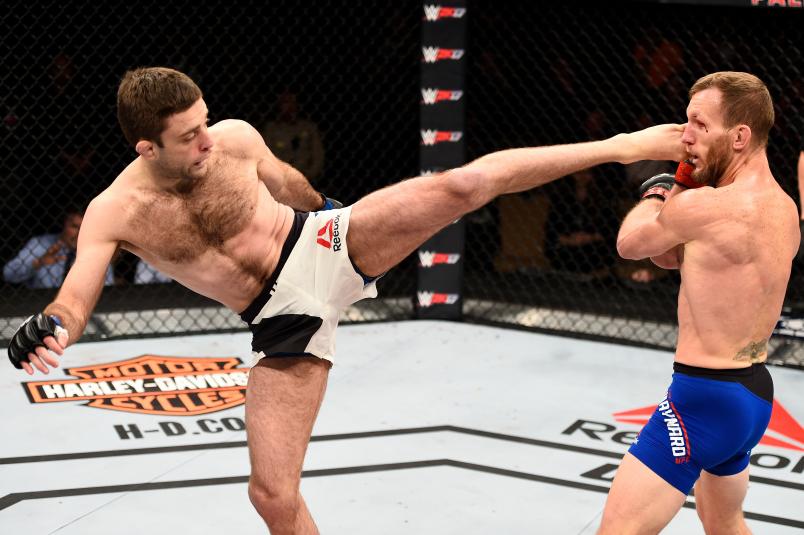 The 33-year-old Virginia native is an intriguing re-entry into a featherweight division that is more exciting than ever, making this perfect timing to those on the outside the Octagon, but for the man with the gloves on, it’s long overdue.

“I’ve been ready to be into it since I was out last time; it’s just been tricky getting somebody else to sign up,” he said. “But I absolutely look at the landscape and would be excited to compete against a number of people, all of whom would be very challenging, and that’s what I’m here for. I guess I can say I’m here for the challenge and I’m here for the developmental aspect of it, and anything else I will tolerate. I’m here for the competition.”

It’s why Hall isn’t talking about title shots, fame or pulling in a record number of social media followers. Being here for the competition, and that alone, makes him a unicorn of sorts in the world of professional sports.

“I would say those things are not on the top of my priority list, that’s for sure,” he said. “All of those things are outside of my control, and my job is to be the best martial artist that I can be, and things will come or not come as they will. I focus on the things I can do myself and let the chips fall as they may.”

Yeah, “The Unicorn” may work better than “The Wizard” as a nickname.

“I guess I would just say I don’t think I have a lot in common with most MMA fighters,” he laughs. “I don’t know if that’s good or bad; all I can say is that seems to be the case.”

That’s what makes him a fighter to watch, even if he didn’t set the world on fire in his two UFC wins over Artem Lobov and Gray Maynard. But he did win both fights, refusing to deviate from the game plan, which was designed for him to get his hand raised. And when it comes to the Penn fight, remember that, unlike Lobov and Maynard, the Hawaiian is a jiu-jitsu black belt and former BJJ world champion, so don’t expect him to have any qualms about going to the mat with Hall. 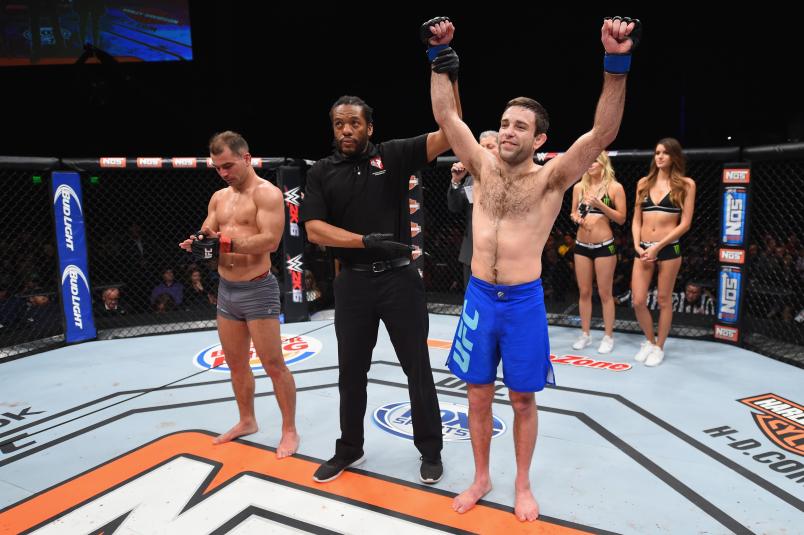 “BJ was a jiu-jitsu world champion before I started training and I don’t think he’s afraid of anyone on the ground,” said Hall, a submission specialist with his own BJJ black belt. “I look forward to having the opportunity, if it comes to that, to mix it up in that area. Most people seem to be kind of reticent to engage on the ground, and even if they were to engage on the ground, engage on the ground with that level of technical precision, ability and experience. So there’s not a lot of BJ Penns running around. As far as I can see, there’s only one, and as a result, I would be very excited if the fight were to go in that direction. But we’ll have to see how things play out on the night.”

It’s the calm demeanor that has epitomized Hall’s competitive career thus far, and two years away from the Octagon has done nothing to diminish that. It’s not about fight week and 800 interviews and obligations, selfies with fans, and the idea that a win over a Hall of Famer will push him to a higher level in 2019. Ryan Hall wants to compete again. Saturday, he gets to do just that. And if he’s aiming for anything next year, it’s that he gets to make that walk more often.

“You can never really say what the future holds, but I would hope that win, lose or draw, that I will get the opportunity to compete more frequently next year,” he said. “It’s something I would very much like. I’m not, by any means, out of my athletic prime, but I know that it doesn’t last forever, and I would absolutely hope for the opportunity to get in there more frequently against challenging competition like BJ.”