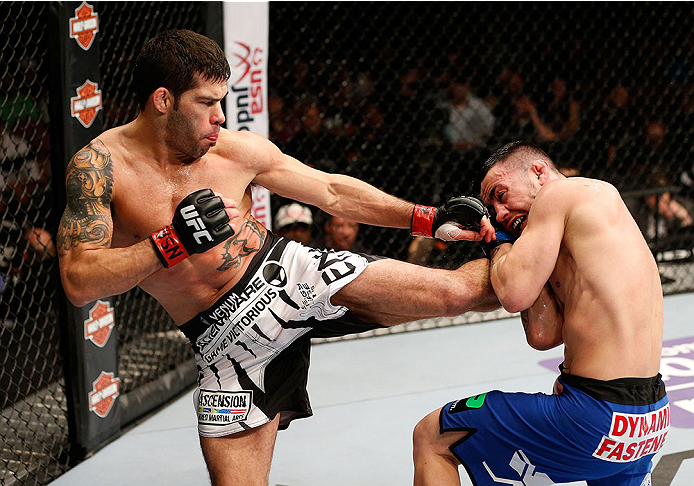 The UFC Fight Night card in Halifax, Nova Scotia on October 4 continues to add compelling matchups, with the latest two being a key bantamweight bout between top ten contenders Raphael Assuncao and Bryan Caraway, and a strawweight showdown between newcomers Paige VanZant and Kailin Curran.

The event is headlined by the five-round welterweight bout between Rory MacDonald and Tarec Saffiedine.

Currently ranked number three in the world at 135 pounds, Raphael Assuncao is on a six-fight winning streak that includes a win over current champion TJ Dillashaw. Looking to set up his first title shot, Assuncao must first get past the number eight-ranked Caraway, who has won five of his last six, all by submission.

When 20-year-old Paige VanZant enters the Octagon for the first time in October, she will be the youngest female fighter in the UFC and second youngest overall. But with wins in three of her four pro fights, she's ready for the step up to the big leagues. Hawaii's Curran is a formidable test for VanZant, as she has an extensive amateur background as well as a perfect 3-0 pro MMA record.

Tickets for UFC FIGHT NIGHT™: MACDONALD vs. SAFFIEDINE go on sale Friday, August 22 at 10 a.m. ADT and may be purchased online at http://www.ticketatlantic.com. Ticket prices will be available soon. Ticket sales are limited to eight per person.

UFC Fight Club® members will have the opportunity to purchase tickets to this event Wednesday, August 20 at 10 a.m. ADT via the website www.ufcfightclub.com and are limited to six per person. A special Internet ticket pre-sale will be available to UFC newsletter subscribers Thursday, August 21 starting at 10 a.m. ADT with a limit of eight per person. To access this presale, users must register for the UFC newsletter through UFC.com.