A great fight is a perfect storm. Put two fighters together and you never know what you’ll get, but when both have the intention of making a statement against each other and the styles mesh, it becomes something more than just an athletic competition. When that happens, there’s nothing better in all of sports. Here are five of the best fights from the first half of 2017.

The Ultimate Fighter Finale at T-Mobile Arena on July 7, 2017 in Las Vegas, Nevada. (Photo by Brandon Magnus/Zuffa LLC)" align="center" />I’ll be honest - I was ready to be disappointed by July’s Justin Gaethje vs. Michael Johnson bout. With all the hype surrounding Gaethje’s UFC debut and the burden of him having to live up to his past efforts, there was no way he was going to deliver. But he did. As did Johnson, and when they were done staggering each other and nearly putting an end to the bout on several occasions, it was Gaethje emerging victorious via second-round TKO. This is one of those fights you show non-fight fans to convert them, and it’s one of the rare bouts that I can watch again and go through the same emotions the second time, even though I know what the end result is. In a world that throws the “warrior” term around too lightly in sports, Gaethje and Johnson earned it. 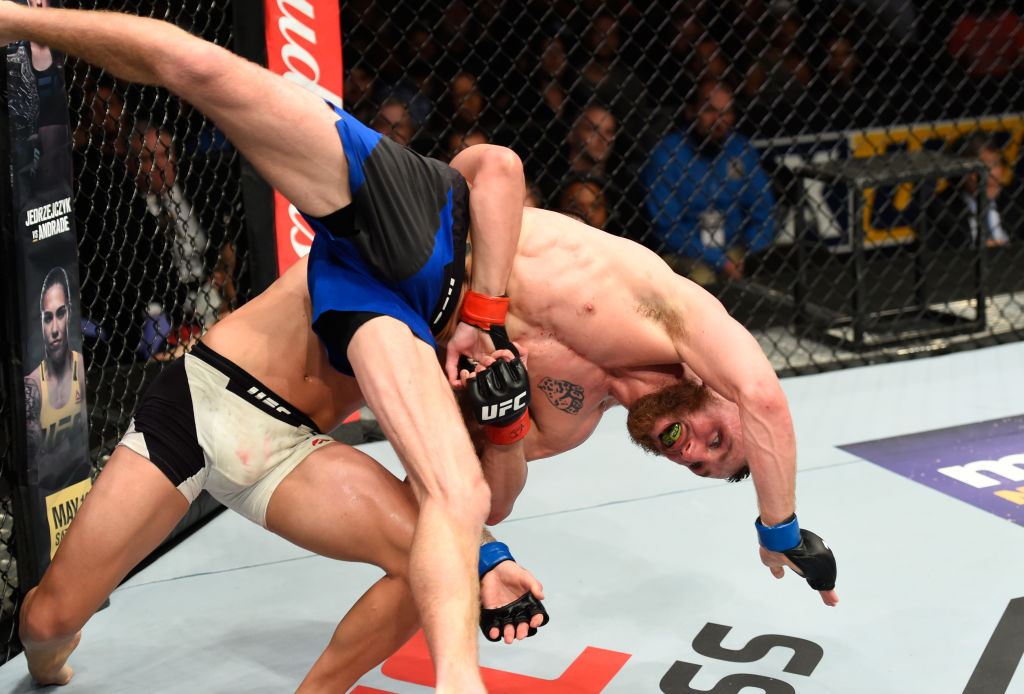 UFC Fight Night event at Sprint Center on April 15, 2017 in Kansas City, Missouri. (Photo by Josh Hedges/Zuffa LLC)" align="center" />The ground is a dangerous place in a mixed martial arts fight. Guys like Tim Elliott and Louis Smolka make it even more treacherous, and for proof, go back to April and Elliott’s three-round decision win over Smolka. For three rounds, they scrambled and scrambled and scrambled some more in a fight that was exhausting to watch, but in a good way. This is another fight to be shown to non-believers, and this group of skeptics is comprised of the ones who say, “Oh man, the ground fighting is boring.” Not in the hands of Elliott and Smolka. 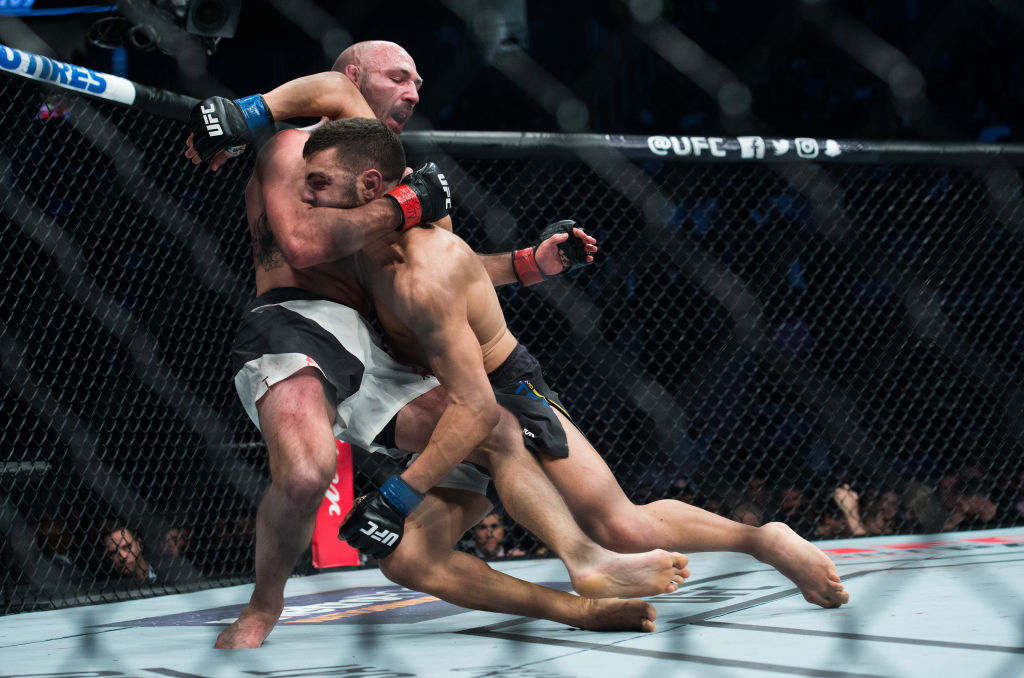 A last minute move to the UFC 209 co-main event spot put lightweight prospects David Teymur and Lando Vannata in an interesting spot in March because no one knew how they would react to such pressure. Actually, let me revise that, because if anyone knew how to step up in tight spot, it was Vannata, who faced Tony Ferguson on two weeks’ notice in his UFC debut. So how would Teymur react? Well, apparently pretty well, as he received 30-27 scores across the board en route to the biggest win of his career. But this was no blowout, as both fighters went for it for 15 minutes and left a hard act for headliners Tyron Woodley and Stephen Thompson to follow 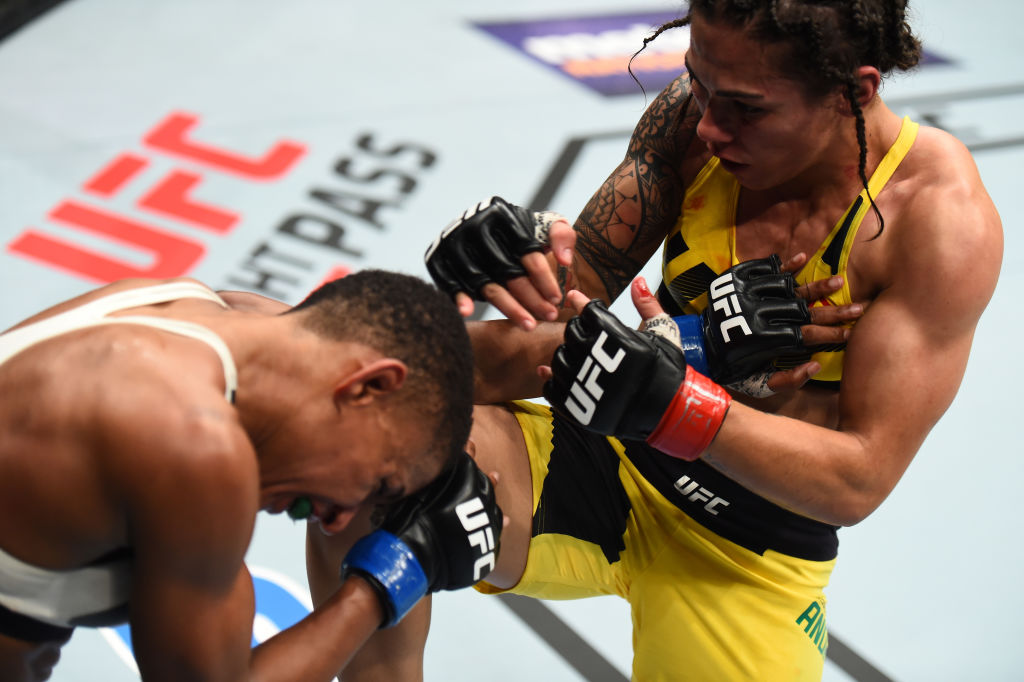 Like Teymur vs Vannata, February’s strawweight bout between Jessica Andrade and Angela Hill was a shutout on the judges’ scorecards for Andrade, but I guarantee that if you asked “Bate Estaca” about the three-round scrap, she’ll admit that she was in a fight. And what a fight it was, as Hill showed off her impressive technique on the feet while Andrade brought out the style that had many comparing her to Wanderlei Silva. It was back and forth all the way, and while Andrade had the advantage, Hill was never out of the fight. 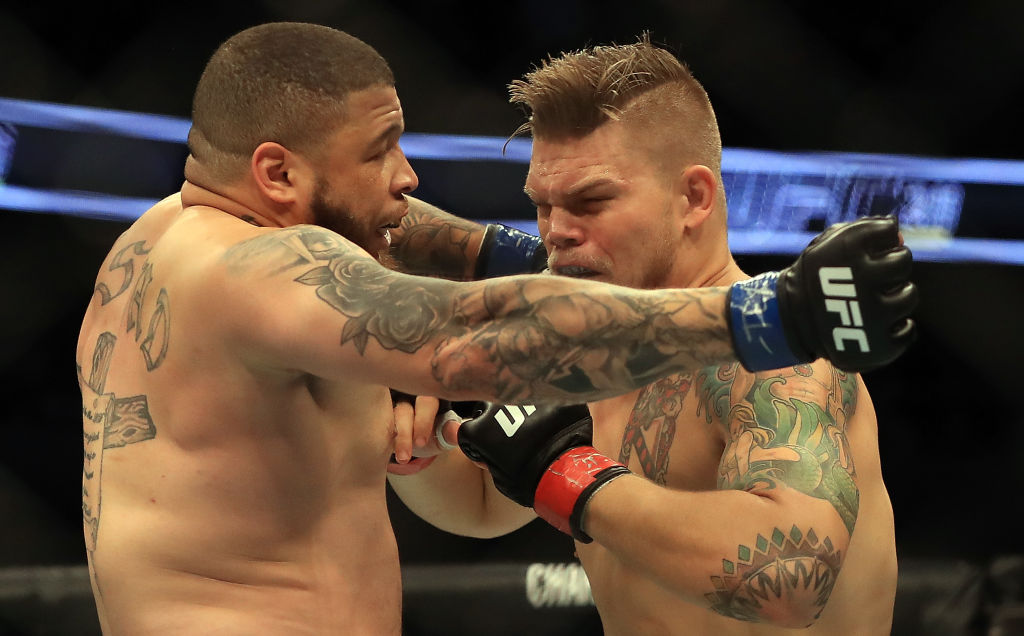 Chase Sherman is getting plenty of attention in the heavyweight division after back-to-back wins, but before that first win over Rashad Coulter, he was in tight spot considering that he was 0-2 to start his UFC career. Then at UFC 211 in May, he gets a short notice opponent in the form of Texas knockout artist Coulter. It might have been do or die for “The Vanilla Gorilla” and he fought like it. Thankfully for us outside the Octagon, Coulter fought like it too, and what resulted was what legendary pro wrestling broadcaster Jim Ross would call a “slobberknocker” before Sherman finished Coulter in the second round. It may not have been pretty at times, but what a fight.