"I don’t ever overlook or doubt myself. But people tend to do that to me and I think this is going to be one of those prime examples where I prove people wrong." - Dan Henderson

What more can be said about Dan Henderson?

The former Olympian and knockout artist extraordinaire has logged one of the most impressive careers in the history of mixed martial arts and built a resume lined with some of the best names to ever compete, with a stack of championship belts from multiple organizations earned along the way. The Temecula, CA resident has also built a historic highlight reel where he’s felled a collective of dangerous opponents, often times in amazingly brutal and abrupt fashion.

When his signature “H-Bomb” connects, grown and capable men go to sleep and their fit frames go stiff against their will. This particular ending has been repeated time and time again, and Henderson continuing to do so at 43 years of age shows that he just may be putting that dynamite right hand on Father Time’s jaw as well.
|| UFC EMBEDDED: Watch Hendo and Cormier on new vlog series.

The most recent example of “Hendo’s” power came in a situation where he needed it the most. The former two-division PRIDE champion had come out on the losing end of three consecutive bouts for the first time in his storied career and his back was up against the proverbial wall. The Team Quest leader had been stopped for the first time in his 16-year career by Vitor Belfort and doubt lingered as to exactly what Henderson had left in the tank. 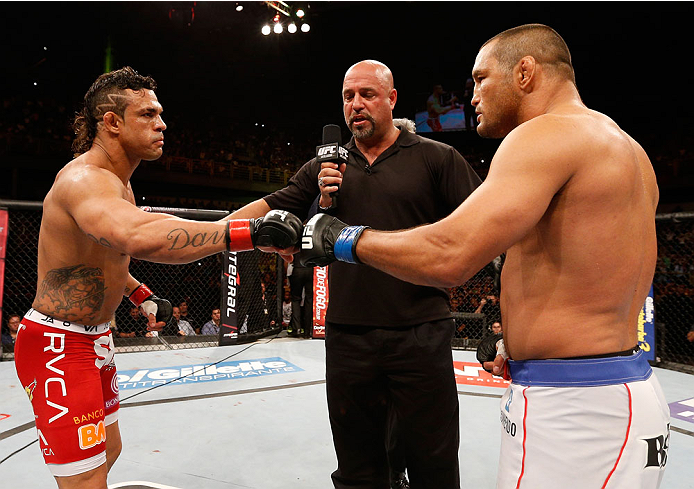 The former middleweight title challenger needed a victory in the worst way when he stepped in against former light heavyweight champion and fellow legend Mauricio “Shogun” Rua in Brazil back in March. The two men had engaged in what is largely believed to be the best fight in MMA history when they collided at UFC 139 back in 2011, and the rematch was anticipated to be another shootout for the record books.

While Henderson emerged victorious upon the conclusion of their first tilt, he was getting all he could handle when the rematch got underway. Rua jumped out to an early lead in the fight as he took the first two rounds, but Henderson surged back in the third round and smashed the Brazilian striker with a right hand that put the former Chute Boxe star on the canvas. In a career filled with violent finishes, Henderson’s knockout was as nasty as it gets, and gave Henderson the crucial win he was seeking.

Where his stoppage of Rua immediately set social media afire with its precision and brutality, the consistently nonchalant Henderson was happier to pick up the victory than he was to make rounds on MMA media websites for his highlight reel knockout.

“It was definitely up there on the list. He’s a really tough guy and has shown that he is very hard to stop. To knock him out was nice. I don’t know if he’s ever been knocked out before that, but it was nice. Getting the win after coming off three losses made it feel even better.

“Having the ability to knock someone out with a clean shot is great but it’s hard to touch them in the right spot and make sure you have power behind what you throw. It is not an easy thing to do, but I must have caught Shogun just right on that one.”

While his victory over Rua stopped a three-fight skid, it also put him right back into the heated race for a shot at the light heavyweight title and landed him a bout against surging contender Daniel Cormier in his next outing. The two former Olympians will collide at UFC 173 and Henderson will attempt to be the first man to defeat the former Oklahoma State University wrestling standout.

After putting himself on the radar as an elite-level fighter as a heavyweight, the Louisiana native made the decision to drop down into light heavyweight waters and make a run for the championship strap. The AKA staple made a successful debut at 205 pounds when he steamrolled Patrick Cummins at UFC 170 back in February, but a victory over an unknown opponent wasn’t going to catapult him into title contention - a fact Cormier was well aware of.

With that in mind, the former Strikeforce Heavyweight Grand Prix winner sought out a high-profile opponent for his next outing and the UFC selected the former two-division title contender. While Henderson sees familiar things in Cormier’s style, there are several places he believes he can exploit in the former heavyweight, including one area the former Strikeforce champion is well-versed in locating. 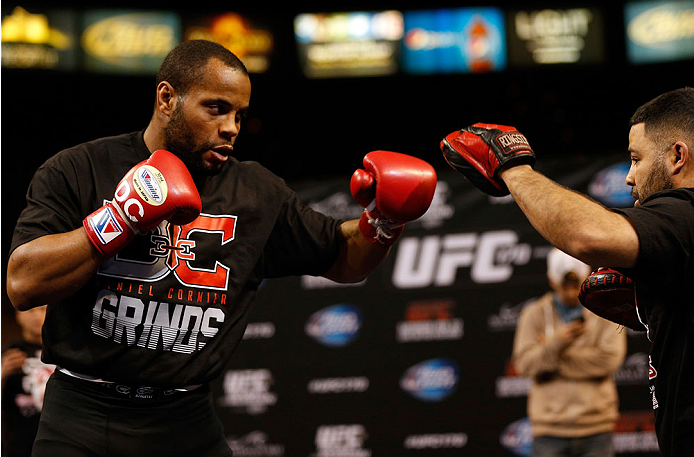 “Daniel is a tough guy and a different kind of fighter than I’ve faced recently,” Henderson said. “Rashad [Evans] is a wrestler as well, but they have a different style and their stand-up is different. He presents some different things than I’ve faced before, but I feel like I match up very well against him. It’s something where I’m 100 percent confident that I can beat him.

“We both tend to do a lot of clinching and be on the outside a lot as well. We both pressure forward and go on the offensive. You never know what is going to happen in a fight, but I assure you there will be quite a bit of everything in this one. I don’t think his chin has been tested and I’ll do my best to help him out there and let him know if he has a good chin or not.”

One of the most interesting elements of the matchup between Henderson and Cormier leading into UFC 173 is the staggering odds that have the MMA legend as a heavy underdog heading into the fight. Granted, Cormier is undefeated, but Henderson has spent the last 16 years in MMA defying the odds and proving his doubters wrong.

While he’s certainly up against a stern challenge in Cormier this Saturday, Henderson’s self-confidence is exactly where he needs it to be and he has every intention of adding one more brilliant chapter to his storied legacy.

“I don’t ever overlook or doubt myself,” Henderson said. “But people tend to do that to me and I think this is going to be one of those prime examples where I prove people wrong.”