Alexander Gustafsson checks in with UFC.com with an update on the knee injury that forced him out of UFC 178 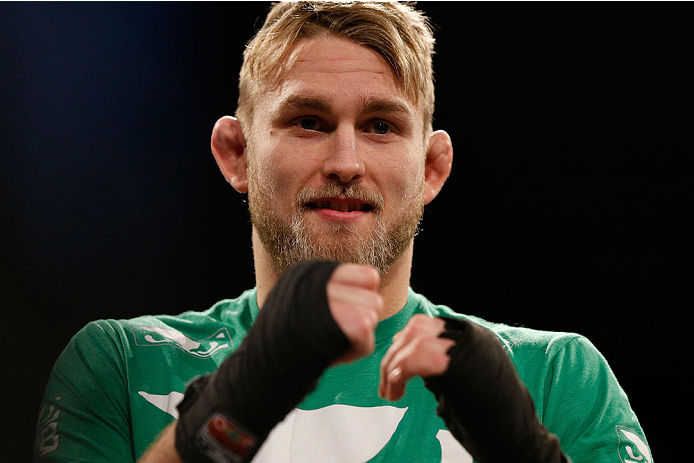 Despite having to withdraw from his championship rematch with Jon Jones in September due to injury, top light heavyweight contender Alexander Gustafsson’s fighting fire has not dimmed.

“I’m disappointed I can’t fight, but this is not the end, it’s just the beginning,” said the Swedish star. “I’m going to come back much stronger.”

It’s good to hear such spirit from “The Mauler” the day after he was forced out of the UFC 178 main event due to a torn meniscus in his right knee that he suffered while sparring earlier this week.

“I was sparring and I felt my knee pop twice, but it didn’t hurt, it just felt strange,” he said. “I finished training and came home and then I woke up the next morning and I could barely walk on my right leg. Then I felt the knee right away.”

A visit to the doctor confirmed the tear, which will require surgery, a procedure Gustafsson describes as “not a big deal at all,” and subsequent rehab. Doctor’s estimates put his rehab at five to six weeks after surgery with the caveat that such recovery times vary based on the individual.

Gustafsson, 27 years old and one of the top athletes in the UFC, expects the lowest estimate to be the one that will apply to him.

“I’m hoping for a very fast recovery so I can get back very soon,” said the Arboga native, who noted that the messages of support he has already received from fans “mean a lot to me.”

Yet as he awaits his return, he will have to be a spectator when Jones defends his title on the September 27 card against unbeaten Daniel Cormier. It’s a bout Gustafsson has plenty of stake in when it comes to who emerges victorious.

“It’s an interesting matchup,” he said. “Both are great athletes and it’s going to be a tough fight for sure. But Jones has his height and reach advantage over DC, so I think that will be the key thing in this fight. I think Jones by decision.”

Is that a biased choice, given the history the two have, Jones eking out a close decision in their first match in September of last year?

“I really want to fight him.”

Fight fans can expect to see Gustafsson in attendance when the UFC puts on its third event in Stockholm, Sweden on October 4. “I can’t wait for the UFC to return to Stockholm on October 4th, where I’m sure some of my teammates will participate. My focus will now be to help them prepare and I hope all my fans will come to support the fighters too. It will be a great event.”