Injuries have kept light heavyweight stars Alexander Gustafsson and Rogerio Nogueira from meeting in the past, but on Saturday, November 19, the two 205-pound contenders will finally collide in the five-round UFC Fight Night main event at Ginásio do Ibirapuera in Sao Paulo, Brazil. 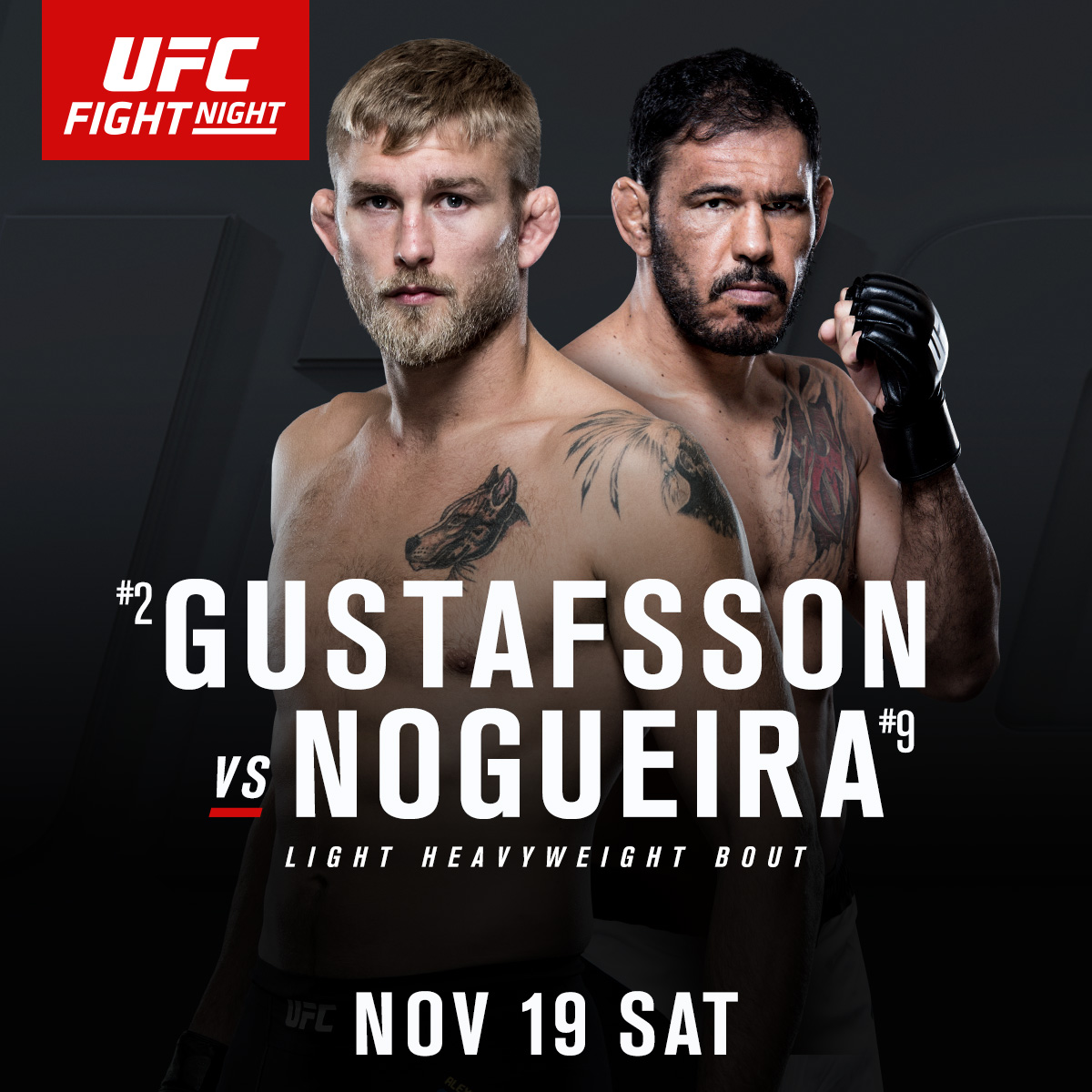 FS1 will televise the card.

A two-time world title challenger who came perilously close to defeating Jon Jones and Daniel Cormier in a pair of five-round classics, Sweden's Gustafsson returned from 11 months away from the Octagon in September, defeating Jan Blachowicz to secure his No. 2 world ranking. Ranked ninth in the world at 205 pounds, Brazilian star Rogerio Nogueira stopped Patrick Cummins in his most recent bout in May, his fifth victory in a UFC career that also contains victories over Rashad Evans and Tito Ortiz.