Gunther prideful about inspiring others through fighting 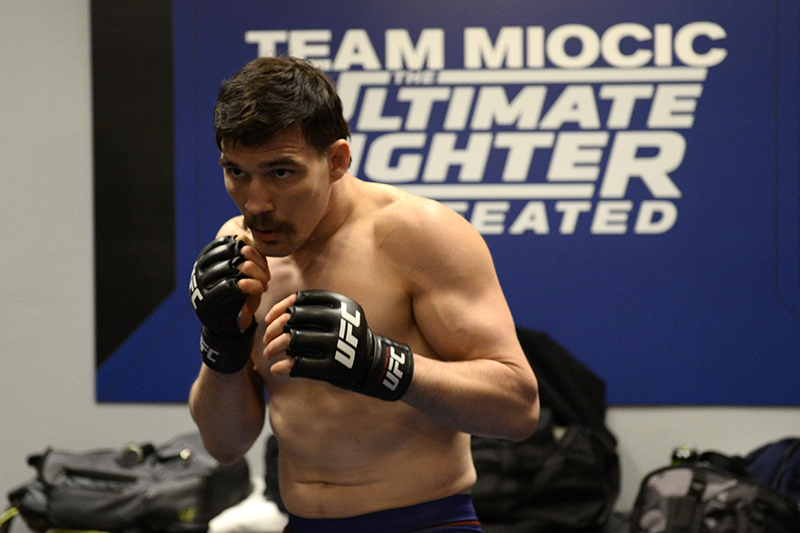 The Ultimate Fighter: Undefeated on February 6, 2017 in Las Vegas, Nevada. (Photo by Brandon Magnus/Zuffa LLC/Zuffa LLC via Getty Images)" align="center" />
Over 20 years in the fight game will usually prepare you for anything. I wasn’t prepared for John Gunther. At least not for the job he’s been doing for the last 13 years.

Yes, it’s not a clever social media trick. Gunther, a member of the cast of The Ultimate Fighter: Undefeated, is an Alpaca shearer.

“Yeah, there’s not a ton of Alpaca shearers out there,” he laughs, noting that he sheared 50 Alpacas before breaking for lunch and doing this interview.

So how does this happen?

“I started shearing sheep and a couple people started having Alpacas and they asked me if I could shear them, so I tried to, and I finally figured out how to do it correctly and I’ve just been getting better and better and doing more and more,” he said.

For three months out of every year, Gunther is on the road, shearing the Alpacas of the U.S.A., clearly one of the best at what he does. And while you may want to call him the Demetrious Johnson of his business, he’s got his sights on the same type of recognition in the fight game, where he’s compiled a 6-0 pro record leading up to TUF.

Getting his game to that level can be a little difficult when he’s on the road.

“It’s rough during these three months because I can’t train like I’d like to,” he said. “The nice thing is, I can work for three months and then train the rest of the year.”

And while away from home and his StrongStyle team in Ohio, he gets in whatever work he can by hopping on his Kymco K-Pipe and riding to local gyms. It’s a life most up and comers can relate to and, at 32, Gunther has more urgency than most.
RECAP EPISODE 1 OF THE ULTIMATE FIGHTER: UNDEFEATED

“I always feel like I need to learn more because I got started a little late,” he said. “I wish I had been doing this since I was 15 or something, but you can always get better. The growth is unlimited because there are so many techniques and so many things to learn, it’s crazy. But at the same time, I want to fight the toughest guys. That’s gonna speed up how fast you get better. I’d love to be in the UFC, and the key is to win enough so you can stay in there and keep getting to fight tough guys. I wish I could fight a UFC guy every week and not get cut when I lose, but unfortunately that’s not the case.”

It’s an honest assessment from Gunther, even more so given the fact that he’s on a show with the tagline “Undefeated.” And while he has a perfect record, he admits that it’s not as big a deal as it would be to some of his peers.

“It doesn’t mean much to me, honestly,” he said of his unbeaten slate. “If you’re undefeated, some of it’s luck, and it’s like gambling a little bit. Somebody’s gotta lose every time, and even if you’re undefeated, there’s always that tough guy in the gym, and if you’re getting better, you’ve got to be challenging yourself, so you have to be fighting tough guys. You’ve got to put yourself in situations where you’re getting your butt kicked, even if you’re the best in the world. That’s how we progress and how we learn the quickest, when we’re put in a situation where we have to really struggle. So I don’t how much these records count for anything. I almost wish that there weren’t records and we could just look at people’s skills and say, ‘Hey, are they good?’ and judge them based on that.”

That healthy attitude to the sport is really the essence of pure martial arts, where it’s not about the destination, but the journey. So expect to see Gunther getting after it in every fight, taking risks and going for finishes. That may result in some setbacks along the way, like in his first TUF bout against Joe Giannetti this week, but it’s not going to deter him in the slightest. For Gunther, the fight is the thing.

“Fighting is inspiring,” he said. “The cool thing about being a fighter is you’re an inspiration. It’s like being a motivational speaker and you want to inspire people. Hey, in life, you’re gonna get beat down and you’re gonna lose. The inspiring thing is coming back from that.”