Gunnar Nelson Not Fighting For Points, He Wants To Finish

Gunnar Nelson is measured and methodical in everything he does.

From the way he speaks to his performances inside the Octagon, the Icelandic welterweight is never in a hurry, opting instead to choose his words and his movements with great care, focused on expressing himself in a way that feels true and natural.

Since debuting in the UFC a little over six years ago, there has been a desire amongst fans and observers to see the now 30-year-old Nelson make a run towards the top of the 170-pound weight class. But while he’s worked his way into the Top 15 and posted a 7-3 mark in his first 10 trips into the Octagon, his rise hasn’t been as straightforward or speedy as many anticipated or would have liked.

One contributing factor is the nature of the division and the depth of talent housed within the welterweight ranks, as Nelson’s three career setbacks have all come against seasoned, dangerous foes.

Another piece is that the Goju-ryu karate and Brazilian jiu-jitsu black belt has been slowed by injuries and opponent changes, with four different bouts being scuttled or re-scheduled during the course of his UFC tenure.

And while reaching the top of the division has always been the ultimate goal for Nelson, he’s never operated with the same kind of tunnel vision regarding the title that fuels many of his contemporaries. Instead, he’s always been focused on the task at hand and trying to figure out the puzzle in front of him while letting everything else shake out on its own.

But as he readies to compete for the first time in 17 months this weekend at UFC 231, the returning finisher is ready to make a run at the title, beginning with his matchup against Alex Oliveira Saturday night in Toronto.

“That’s the goal and that’s the aim — to get going,” said Nelson when asked about making a run in the wide-open welterweight division. “I’m focusing on this fight now, but the long-term and I guess short-term goal as well is to keep that climb up and get a good run going and get that title.”

Nelson carried a tidy two-fight winning streak that produced a pair of Performance of the Night bonuses heading into his last bout — a main event clash with Santiago Ponzinibbio last July in Glasgow, Scotland — and seemed primed to start making serious headway in the welterweight ranks, but an unintentional and uncalled eye-poke led to a first-round knockout loss at the hands of the Argentine and brought his momentum to an abrupt halt.

Just as he was putting the finishing touches on his preparations for his return bout against Neil Magny in Liverpool, England in May, Nelson was felled by a knee injury and forced into the operating room.

“It’s an unfortunate thing, but that’s part of the game,” he said of the injury. “The recovery went really well. My knee is perfect; I haven’t felt anything regarding the knee in a long while.”

He also hasn’t felt as strong and physically prepared as he does for Saturday’s main card showdown with Oliveira at any point in his career, and that’s thanks to the addition of a strength and conditioning program crafted by his countryman Unnar Helgason.

If the photo he posted on Instagram over the weekend is any indication, the returning contender will be stepping into the cage in the best shape of his career this weekend.

“We were just doing our own things, doing our conditioning on our own,” Nelson said of his previous pre-fight conditioning regimen, “but this makes everything so much easier and enjoyable and takes it to a whole new level when it comes to training and results.

“It changed a lot because we’re doing these sessions three times a week with him and I’ve been doing that for three months, maybe four months,” he added. “That has changed a lot for me because I had never done that before and certainly not at this level, so I’m very excited going into this because I feel like I’m in fantastic shape.” 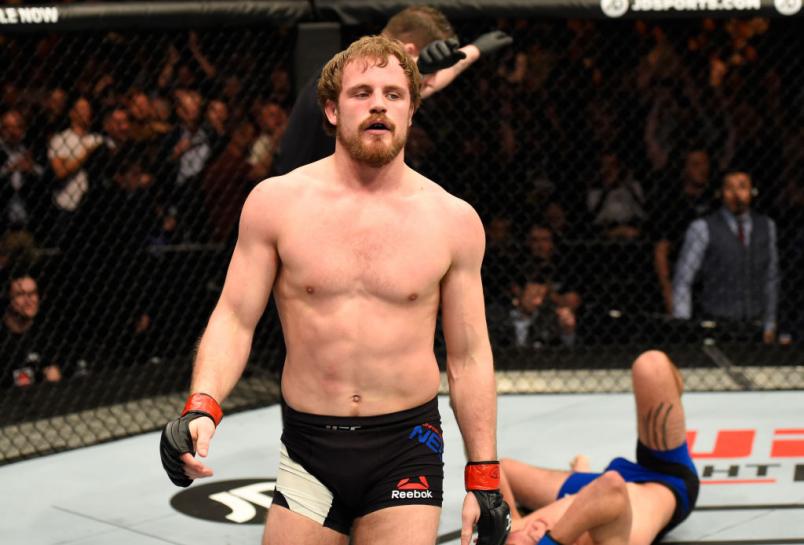 LONDON, ENGLAND - MARCH 18: (L-R)Gunnar Nelson of Iceland celebrates his submission victory over Alan Jouban of the United States in their welterweight fight during the UFC Fight Night event at The O2 arena on March 18, 2017 in London, England. (Photo by Josh Hedges/Zuffa LLC/Zuffa LLC via Getty Images)

LONDON, ENGLAND - MARCH 18: (L-R)Gunnar Nelson of Iceland celebrates his submission victory over Alan Jouban of the United States in their welterweight fight during the UFC Fight Night event at The O2 arena on March 18, 2017 in London, England. (Photo by

While the division has undergone a number of changes in the long stretch since Nelson last stepped into the Octagon, he has managed to hang on to his place in the Top 15, checking in at No. 14, one spot behind the man he’ll meet inside the cage this weekend.

After toggling between lightweight and welterweight at the outset of his UFC career, a terrible miss on the scales against Will Brooks prompted Oliveira to make a permanent shift to the 170-pound weight class, where he has quickly established himself as an all-action threat in the lower third of the Top 15.

Entering on a two-fight winning streak and coming off a 39-second stoppage win over Carlo Pedersoli in September, the Brazilian “Cowboy” has never looked better, which is why Nelson is excited to share the Octagon with him on Saturday night.

“I think he’s a great matchup and he’s a good opponent,” he said of Oliveira, who has gone 4-1 with one no contest since relocating to welterweight. “I’ve watched him fight through the years and I’ve always enjoyed watching him fight.

“He’s got a good style, he’s aggressive and athletic and he’s ranked as well. He’s been doing well and I’m excited for this matchup; it’s a good challenge.”

And although his expressed outlook on making a run towards the top of the division has changed over the 73 weeks since he last competed, one thing that has remained constant — and always will — is that fans can expect Nelson to be in pursuit of the finish from the start this weekend.