Tickets for UFC Stockholm on October 4 are on sale now to UFC Fight Club members and UFC newsletter subscribers. Tickets go on sale to the general public on Friday, August 22... 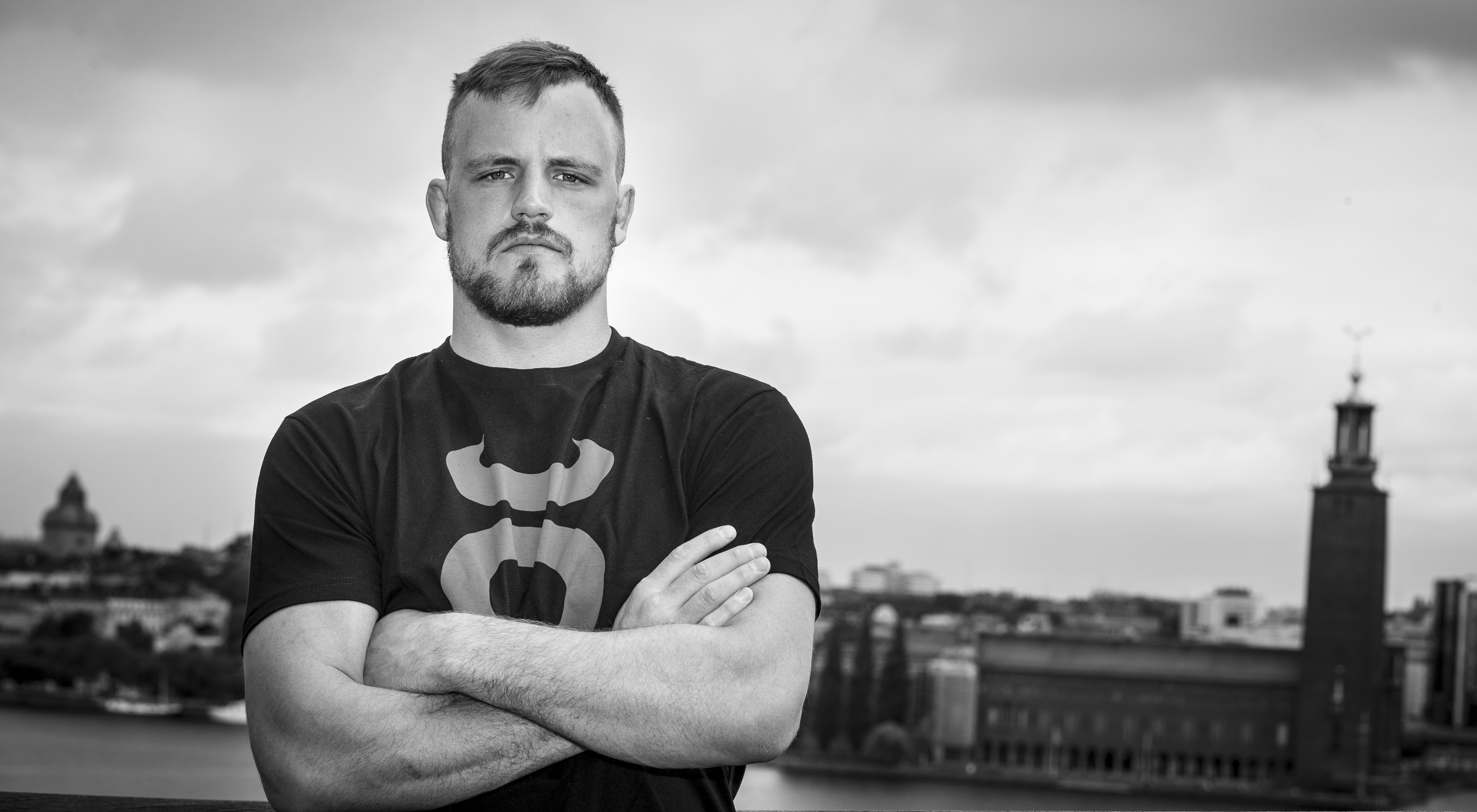 Gunnar Nelson is no trash talker. He’s not a loud personality either, or someone who beats people to the punch in saying how good he is. He is the living, breathing embodiment of someone who lets his work speak for itself. Usually, that doesn’t get rewarded in the world of sports. Yet on October 4, the Iceland native will be headlining a UFC event in Stockholm.

So who says that nice guys finish last? Not the UFC.

“We have Gunnar headlining, an Icelandic fighter rising to prominence and likely to be in the top 10 in the UFC, and coming from a country which has just 340,000 people, that’s incredible,” Garry Cook, the UFC’s Chief Global Officer, said.

It is, and it’s a sign that no matter where you look in the world these days, it’s likely that a mixed martial arts scene is growing and producing quality fighters. As Cook pointed out before a 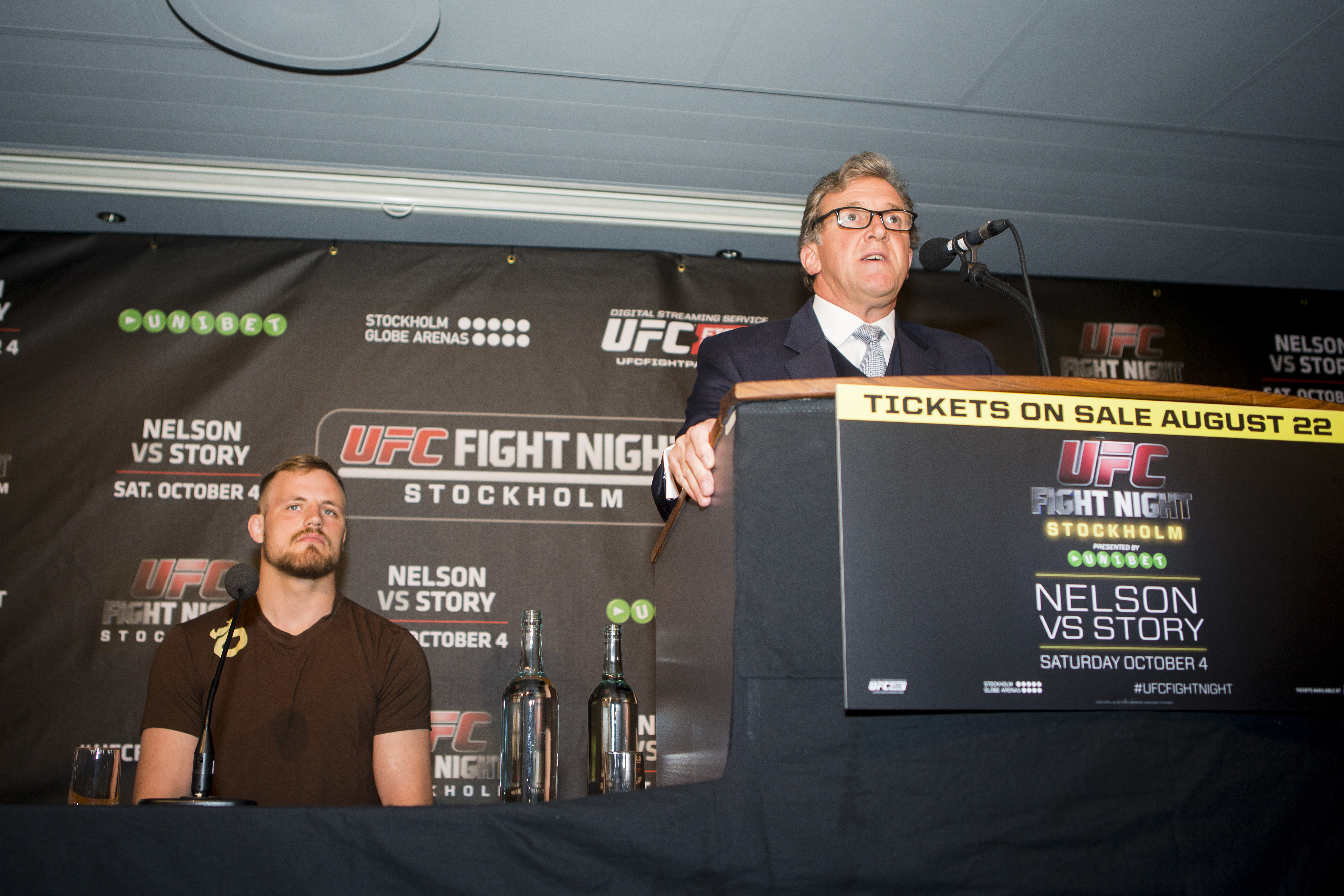 press conference in Stockholm Thursday to promote the October event, 10 nations are represented on the card, and at the top of the bill is the 25-year-old welterweight phenom from Reykjavik, who faces U.S. veteran Rick Story.

“Rick is a powerful wrestler,” Nelson said. “He’s somebody that keeps a high pace and he wants to fight. He goes in there to fight and he stays at it. He’s got good stamina and he’s great everywhere. Most positions you put him in, he’s able to work his way out of there or work with it, so it’s going to be an interesting fight and I’m excited to be fighting him and excited to capitalize on what he has to offer.”

Thus far in his UFC career, Nelson has been an expert at capitalizing on what his opponents bring to the Octagon. 4-0 in the UFC, with three submissions and two Performance of the Night bonuses, the Renzo Gracie Jiu-Jitsu black belt can take one slight mistake and turn it into a victory, something evident in his clinical, then explosive, breakdown of Zak Cummings last month.

“When you’ve been training for so long, you’ve got your own skills, your own awareness,” Nelson said. “A lot of times in a fight you’ve already seen something that they haven’t, and in a fight, it’s more a feel than anything. It’s reacting to everything that’s happening and capitalizing on it. And it’s also the rhythm more than the technique. It’s his rhythm I’ll work on, his energy.”

There was plenty of energy in the O2 Arena that night in Dublin, and it wasn’t Cummings, but the packed house that many have dubbed the greatest crowd in UFC history. That’s lofty praise for just 9,500 fans, but Nelson won’t deny it.

“From the weigh-in to the end of the fight was basically mad,” he said. “The power of the crowd was something I’ve never experienced before, even with twice the audience. It was a small arena, but I guess the size didn’t matter this time. It was crazy how loud they were.”

And they quickly adopted Nelson as an honorary Irishman.

“Yes, they have,” he laughs. “I’ve been fighting there for a long time.”

Now eager for his first headlining gig as a UFC fighter, Nelson expects that Stockholm will be bringing it pretty hard as well in an effort to match the decibel levels the Dublin fans produced 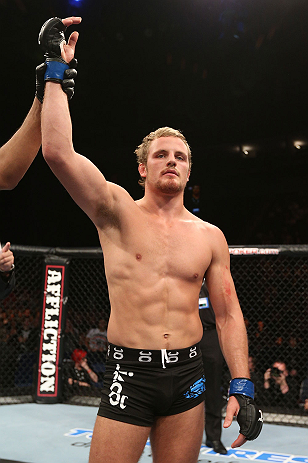 But is he ready to be asked hundreds of questions over the next several weeks by an inquisitive media that wants to find “the real” Gunnar Nelson?

“It’s a part of the game and we just embrace it and try to do it as well as we can,” he said. “It’s something you do, you learn how to do it, and you start to appreciate it because it’s needed.”

If you interview Nelson for any length of time, you’ll find him to be a young man who is thoughtful with his answers and the owner of great insight on fighting and life. He is also well aware of his reputation as the fighter who shows no emotion on fight night.

“I’m aware of some of it, obviously,” he said. “It’s hard not to be. You hear the same things over and over again. People are saying I never make faces and always feel the same, and it’s something that I’ve heard for a long time, ever since I was young. But those people that know me realize that it’s not quite like that. I’m still calm in situations that people wouldn’t be in, but that’s just the way I am.”

So should we expect a wide smile from ear to ear on fight night in Stockholm or a little chest beating once he steps into the Octagon?

On Friday, August 22, tickets go on sale to the general public - click here