Guida thankful for everything the fight-game has given him 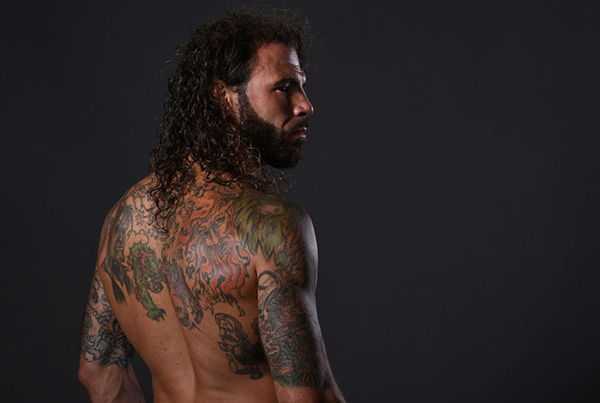 “Every day I’m thankful,” he said. “I’m blessed for my health, my family, my friends, my fans and what I get to do. I get to make my own hours, lead a different lifestyle than probably 90-plus percent of people out there. I get to train for a living, I get to be around people that I want to be around. I’m not forced into an office, forced to be on a job site or a work environment. To me, this is not work. This is a hobby and I’m lucky enough to get paid to do it. You can’t put a price on fun. The day I’m not having fun is the day I walk away with a smile on my face.”

Guida isn’t walking away anytime soon. At 35, he may not be on the upside of his career, but given his stellar performance against Erik Koch in June, he doesn’t appear to be on the downside either. And given the anticipation for his Saturday meeting with fellow lightweight action hero Joe Lauzon, the fans are more than ready for some more Clay Guida.

“This is a fight that is 10 or 11 years in the making,” he said of a bout met with universal cheers when it was announced. “I wouldn’t say we dodged each other, but we somehow have been maybe one fight away (from fighting). We’ve been on a crash course, but somehow it just didn’t happen in the past. This is one for the books and we’re gonna go out there and the fans are going to want to see rounds four, five, six through ten.”

From some, that’s hyperbole. When it comes to Guida and this fight, it’s as truthful a statement as you can get in this 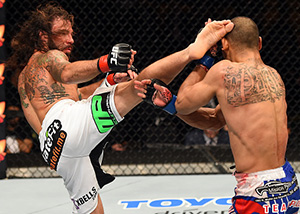 business. Simply put, with 13 Fight of the Night bonuses between them, odds are that they’re leaving Norfolk, Virginia with a little extra in their wallets. But Guida hasn’t started pre-spending a potential bonus.

“I’m more of a saver,” he laughs. “That’s how I was always taught by my parents – don’t let it burn a hole in your pocket. I go for win bonuses. I go for the win first.”

The wins weren’t always there for the Illinois native when he competed in the featherweight division. From 2013 to 2016, Guida went 3-4 at 145 pounds, and when it was announced that he was moving back up to lightweight to face Koch, some saw it as a last ditch effort to resurrect his career. His reasoning was different.

“It was about having fun and enjoying it again,” he said. “We always had fun, we had success, we beat some of the best, and we lost some close ones to some of the best in the lightweight division inside the UFC and outside the UFC in Strikeforce. It was always my home and I want people to realize that I’m going to be exciting no matter where I’m at, but the little guy can fight with the big dogs. I don’t care how small I am, I don’t care how big they are, I’m always gonna leave it out there.”

Not many expected the Guida who showed up in Oklahoma City in June, though. Delivering one of his best performances to date, he dominated Koch from start to finish, turning back the clock and giving him that resurrection whether he wanted it or not. Yet to quote his former foe Nate Diaz, Guida wasn’t surprised. 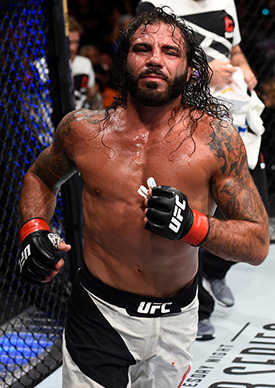 “I always expect the best out of myself, no question,” he said. “My camp, my fans, my friends, my family should always expect the best out of my performances. That’s what I do. I go out there and fight and put everything on the line. People want to see an event. They want to see more than a fight and that’s why I’m different from a lot of other athletes and a lot of other fighters. It’s a show that you’re attending. I’m there to put on a show for the event. It’s not just a scrap. I’m in there to stand out from the crowd and let people know that they got their money’s worth.”

They did in OKC and on so many nights over his 11-year UFC run. Another great night is expected on Saturday, but he’s not feeling any pressure.

“I don’t go out to prove anything to the fans or to myself,” he said. “I just go out there and I have fun and that’s when I have my best performances. People put pressure on themselves and some people buckle under that. I’m mentally tougher than a hundred percent of my opponents, and that’s how I differ. They may be better athletes and they might be better fighters all around, but they’re not gonna beat me upstairs. I don’t care what it takes, I know I’m gonna outgrind anybody. It may not be pretty, but at the end of the fight, the fans are gonna be screaming and hollering and shouting for more.”