If Georges St-Pierre wasn’t contracted to punch Michael Bisping and try to take his UFC middleweight title this Saturday in New York City, he might be the perfect person for “The Count” to speak to about the art of keeping a title.

“To be a UFC champion you have to make a lot of sacrifices,” St-Pierre said. “It’s not a sprint. I would compare it more to a marathon. It’s not what you have done in your training camp that will make you a champion; it’s what you’ve done through all your life. Being champion is not defined by one training camp. It’s defined by the choices you’ve made in your life, through all your life.”

Few know the perks and perils of being a world champion better than St-Pierre, who held the welterweight crown twice. The first time, he held the belt for less than five months. The second, he would reign for nearly six years, and when he did give up the belt in late 2013, it was voluntarily, as he took a hiatus from the sport that ends this weekend.

“There’s champions and the elite champions,” he said. “You can win the title one time, but to keep it is very hard. Very, very hard. Because when you become the champion, you’re the target, and it’s a different ballgame. There are only a few guys that were able to defend their title more than five times. It’s a very hard thing and that’s what makes greatness, when they’re able to stay on top.”

Montreal’s St-Pierre successfully defended his crown nine times after unifying the title by avenging his loss to Matt Serra, and there were no gimmes in a lineup that held the likes of Jon Fitch, BJ Penn, Thiago Alves, Dan Hardy, Josh Koscheck, Jake Shields, Carlos Condit, Nick Diaz and Johny Hendricks.

“I was fighting in the golden era of welterweights,” he said. “All the guys were killers and I fought them in their prime. When they were in their prime, I was the one who beat those guys.” 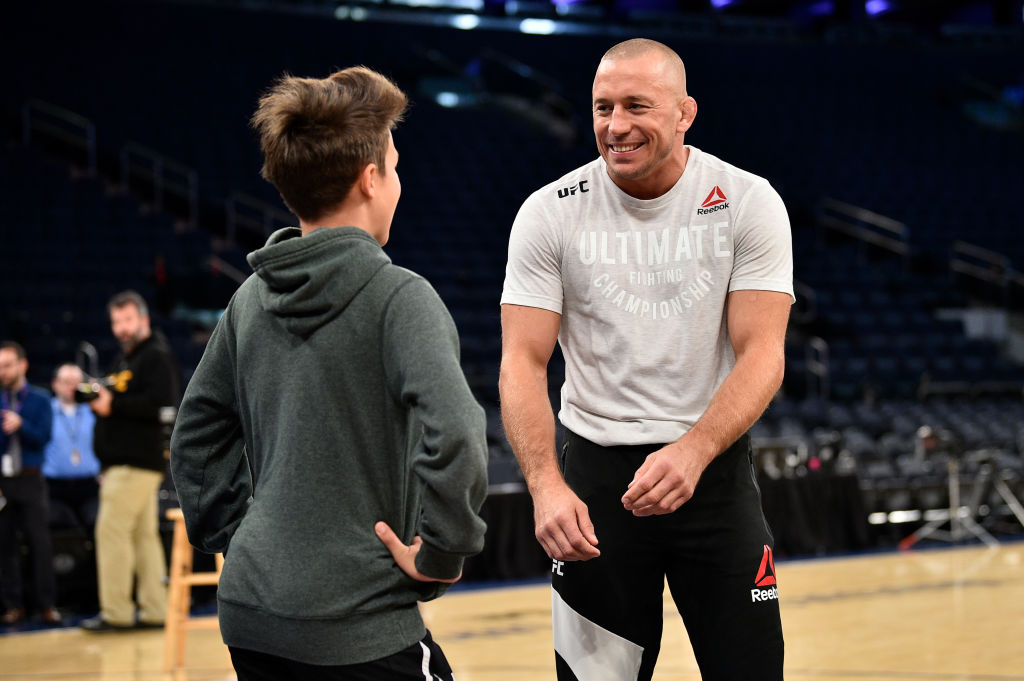 But being the best while beating the best can wear on a fighter, something GSP found out first hand.

“You’re not the same fighter (after a while),” he said. “Some days are good, some days are bad. But you need to adapt and still perform. That’s why it’s so hard. After a long period of time, it all becomes very hard. That’s why I needed to step out and take a break and rejuvenate myself and I’m glad I did it.”

Walking away from the sport after beating Hendricks shocked the MMA world but it made all the sense in the world to St-Pierre, who takes pride in the fact that he left while on top of the game.

St-Pierre went off to enjoy his life without a target on his back. And while there were always whispers about a return, he wasn’t going to pull the trigger until he was ready. In 2017, the time had come.

In a sport that has changed considerably since 2013. 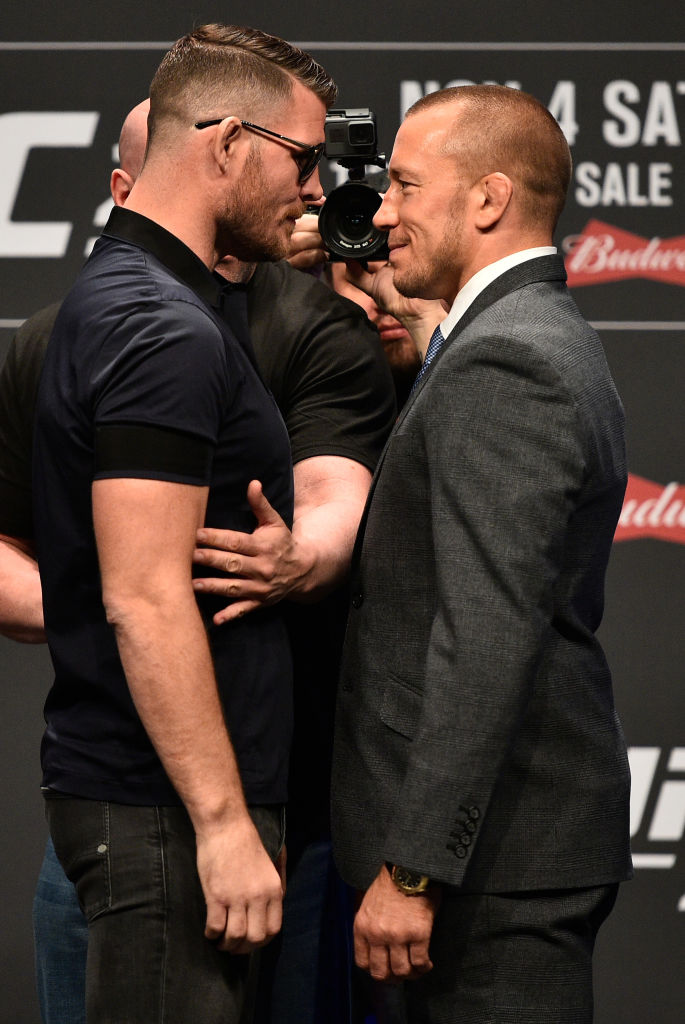 In a new division.

And at a time where the odds of him leaving on top for a second time aren’t as strong as they used to be.

“There’s a lot of risks for me coming back,” St-Pierre admits. “But I think that’s why it excites me. The bigger the risk, the bigger the reward. And I still believe people haven’t seen the best out of me yet.”

St-Pierre expects to show his best on Saturday against Bisping. It’s an uphill climb, but the most important lesson he took from being champion is one he’s brought with him for his comeback.

“If you want to be the best at something in the world, you can’t be normal,” he said. “If you’re normal, you’ll be a normal guy. You need to be obsessed. I was obsessed and I’m still obsessed. I have one goal. It’s drilled into my mind every moment of my life until I get it. Once I get it, I’m gonna have a different goal, a different target and that’s going to be my obsession.”