"The Download" with Dana White is a weekly UFC.com exclusive interview with the boss, covering everything that's in the news. This week Dana talks about Georges St-Pierre and his potential return to the UFC. 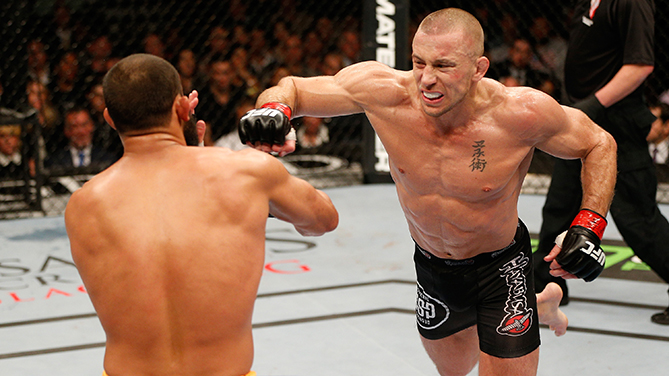 GSP is now able to resume full MMA training just seven months after tearing his left ACL during a workout.
White and UFC chairman/CEO Lorenzo Fertitta flew to Montreal earlier this week to visit with St-Pierre, and White followed up on Friday to see how the former UFC welterweight champion was doing and if he had heard back from his doctor.
“They cleared GSP’s knee,” White said. “After surgery like that it still takes about another 30 days before you start to mentally feel right. But he’s in a good spot.”
> Watch: The GSP library of fights only on UFC FIGHT PASS 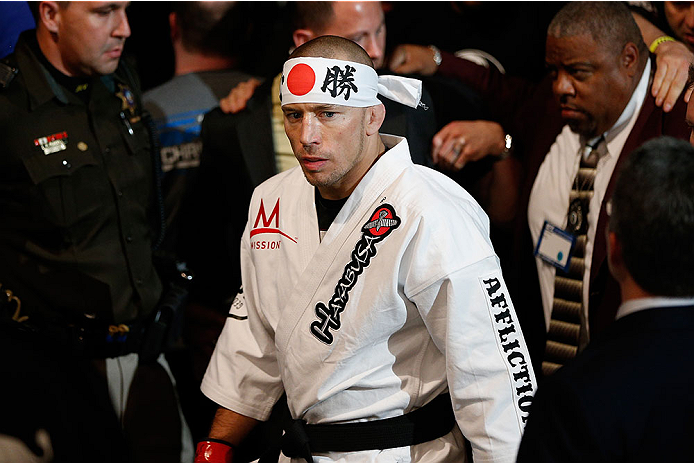 St-Pierre stepped away from the UFC after defeating Johny Hendricks at UFC 167, vacating his title to take some time away from the sport and figure out his next move.
White seems optimistic that GSP will make his UFC return down the line, but he hasn’t even begun to talk logistics with St-Pierre.
“His knee just got cleared and he’ll start training again and getting back into shape. He’ll let us know when he’s ready,” White said.
St-Pierre’s head coach at Tristar Gym in Montreal, Firas Zahabi, told ESPN last month that he also believes GSP will return to the Octagon in 2015.
Zahabi said he never discusses the topic of a return to competition with GSP, but his personal opinion is that GSP will be back.
“He still has plenty of competitive juice in him. I don’t think he’ll be anywhere near fight shape until he’s late-34 – mid-34 (years old),” Zahabi told ESPN’s Brett Okamoto. “(But) I think he’s got a few fights in him but I don’t want to speak for the guy.”
> Read: Speaking of UFC legends, check out Anderson Silva press conference recap | Commentary
Making the St-Pierre return scenario even more interesting are the developments in the welterweight division since he last reigned at 170 pounds. His friend and teammate at Tristar, Rory MacDonald, recently beat Tarec Saffiedine and was named the No. 1 contender.

Meanwhile, White said recently that when GSP returns he would get a title shot if that’s what he wants. But MacDonald and St-Pierre have both stated their disinterest in ever fighting each other.
White didn’t talk about a potential Canadian super fight with GSP, but he is confident that things will work themselves out.
“We didn’t even talk about that,” White said. “I’ve always had the feeling – they’re both professionals and when the time comes and if the time comes, they’ll figure it out.”