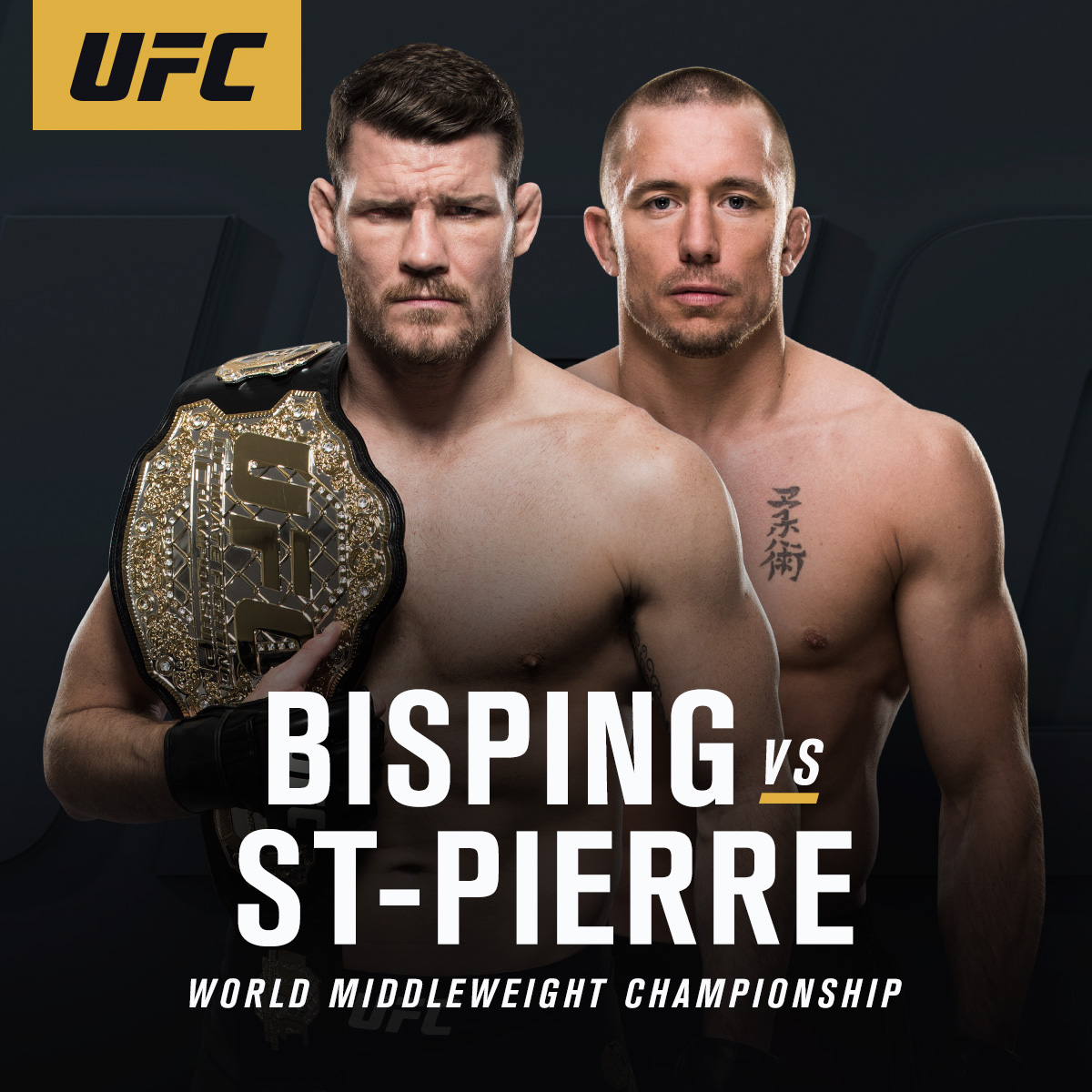 Las Vegas – One of the top stars in mixed martial arts history is back after a three-plus year layoff and he’s picking up right where he left off. Former UFC® welterweight champion Georges St-Pierre will make his return to the Octagon in the second half of 2017 and will meet middleweight champion Michael Bisping for the 185-pound crown in what is sure to be one of the most anticipated matchups of the year. Bisping captured the title from Luke Rockhold at UFC 199 and has since defended the title against Dan Henderson. St-Pierre last fought at UFC 167 in November 2013 when he successfully defended his 170-pound world title against Johny Hendricks.

In advance of their bout, both Bisping and St-Pierre will host a press event on Friday, March 3 at 2 p.m. PT prior to the weigh-ins for UFC 209: WOODLEY vs. THOMPSON 2 at T-Mobile Arena.

For more information or current fight news, visit www.ufc.com. All bouts live and subject to change.