Griffin, Bonnar and the Night that Changed Everything 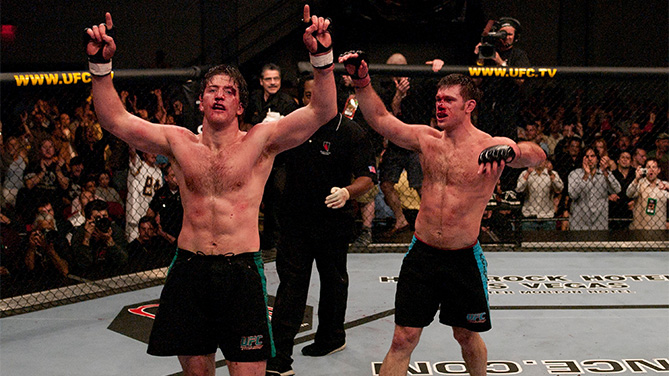 The last ditch effort was a reality show, The Ultimate Fighter, and its first season captivated fans old and new by showing the personalities and stories of the athletes outside of the Octagon. It was a success. But whether it would save the UFC was another story, and that burden seemingly fell on those competing in the show’s season finale, aired live on Spike TV.

That was 2005. Today, the UFC is an international juggernaut, partnered with heavyweights like FOX Sports and Reebok, with events airing around the globe several times a month. In short, it’s not going anywhere, and nearly everyone believes that a good deal of the credit for kicking off the MMA explosion goes to the men who fought for the Ultimate Fighter’s light heavyweight title at Cox Pavilion in Las Vegas on April 9, 2005, Forrest Griffin and Stephan Bonnar. 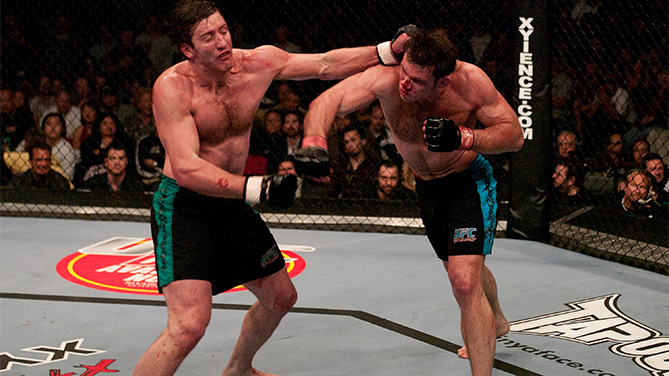 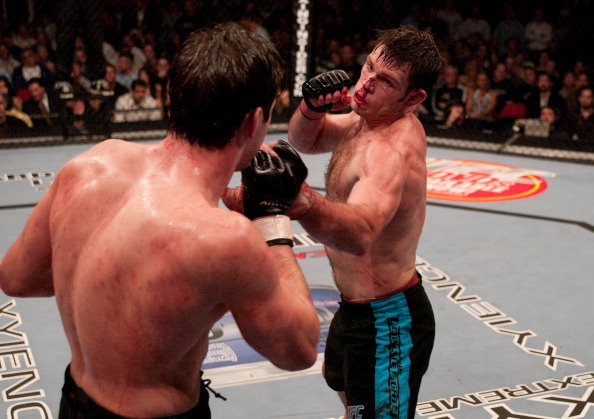 That night, behind the venue after the fight, the UFC and Spike TV agreed on a deal to keep The Ultimate Fighter going. History was made, and the UFC would not just survive, but thrive. Bonnar and Griffin, they made their way to a local hospital to get checked out and stitched up. When I asked Griffin the first thing that comes into his head when he thinks of that fight ten years ago, it was that moment in the emergency room.

Today is another anniversary, ten years since Griffin-Bonnar I.

“It actually does feel like ten years,” Griffin said, countered by Bonnar, who declares “I can’t believe it’s been ten years. I just turned 38. It amazes me that I’m all grown up now.”

Yin and Yang, in and out of the Octagon, even today. But even Griffin can admit that April 9, 2005 was “without a doubt the biggest moment of my life.”

As for Bonnar’s thoughts on the fight and that night, “it was kind of a little lesson. If you never quit, you really can’t fail. That was the perfect example of that. Give it everything you’ve got and something good will come out of it.”