Gregory Rodrigues Is Locked On The Mission Ahead

On the biggest stage, it doesn’t take much to gain a reputation, for better or worse. In Gregory Rodrigues’ case, despite having fought just five times under the UFC banner, he is now known for his propensity for the comeback victory.

First came his win over Junyong Park in October 2021. After a tough opening round, Rodrigues rallied and earned a second-round stoppage while earning Fight of the Night honors. Eleven months later, Rodrigues found himself up against it again – this time thanks to the hard-hitting Chidi Njokuani.

Rodrigues went back to the corner after the opening frame not only on the back foot, but also sporting one of the gnarliest cuts you’ll ever see in a fight right between his eyebrows. But, Rodrigues being Rodrigues, he bounced back quickly to stop Njokuani less than 90 seconds into the next round. Not only did Rodrigues improve his Octagon record to 4-1, but he also further fleshed out the already-mythical legend that is “Robocop.”

“I think that fight served to show why I’m called Robocop,” Rodrigues told UFC.com. “Regarding my career, despite what I’ve accomplished so far, I know I’ve been building my story in the UFC. This is my sixth fight, but I always see it as the beginning. I can go a lot further.

The 30-year-old Rodrigues, who trains out of Kill Cliff FC in Florida, is ecstatic to fight in front of the Brazilian fans for the first time in the Octagon and for his first time since early-2018.

Rodrigues and his wife, Jessica, welcomed their daughter, Serena, to the world in October 2022. Newfound fatherhood is a fresh form of motivation and joy for Rodrigues, who also relished bringing his growing family home with him before his first numbered event.

“(Fighting in Brazil) means a lot me,” he said. “I’m really happy to be here. The fight almost didn’t happen, but I’m very grateful to have an opponent and it’s even more special now. I brought my family, my wife and my daughter to meet the family, so this fight feels very special. Obviously, I’m only focused on the fight now, but it’s been amazing.”

Originally slated to fight veteran and perennial top-15 member Brad Tavares, Rodrigues was forced to adjust expectations and his game plan when Tavares pulled out of the fight. Now, he faces Brunno Ferreira, who is making his UFC debut. 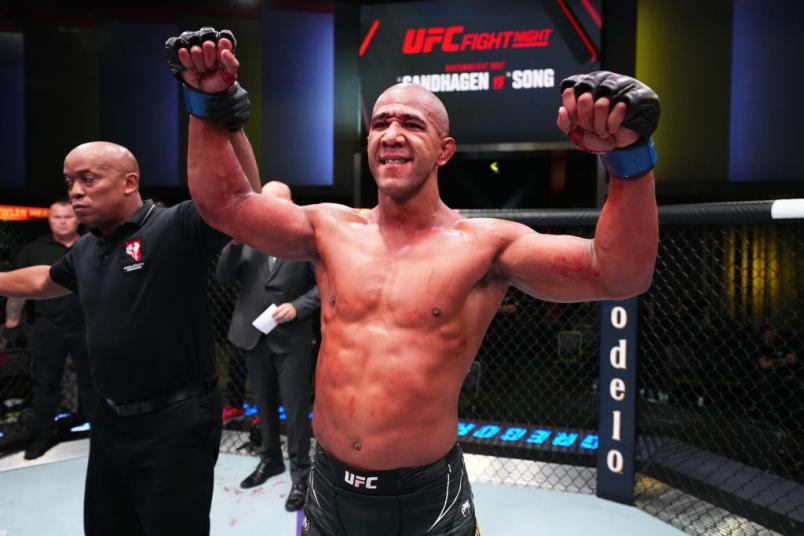 Gregory Rodrigues of Brazil reacts after defeating Chidi Njokuani in a middleweight fight during the UFC Fight Night event at UFC APEX on September 17, 2022 in Las Vegas, Nevada. (Photo by Chris Unger/Zuffa LLC)

The undefeated Ferreira sports a 9-0 record with nine finishes, including seven coming in the first round. A fellow Brazilian, Rodrigues slightly laments the split crowd that would’ve been unified behind him had he fought Tavares, as well as the loss of his chance at a proven top-15 caliber opponent. However, he is still more than enthusiastic to compete on January 21.

“I’m not complaining like, ‘Oh, it should have been Brad,’” Rodrigues said. “In my mind, my opponents don’t have a face. I'm ready to face anyone, any time. And if Brunno is my next challenge, man, he’s the one I'm going to face. He’s the one I’m going to beat. I really wanted it to be Brad Tavares, but I know that...man, I want to work. I’m here and I want to do my best, no matter who is in front of me.”

Given the way Rodrigues steamrolled Julian Marquez in a packed arena in Austin, Texas, conventional wisdom would say he is due for a similar type of effort at the first fight night in his home country since March 2020. What is almost stone-cold certain, though, is the fight will get fans on their feet. Rodrigues has shown he can rarely fight any other way if he hopes to make those championship dreams come true. 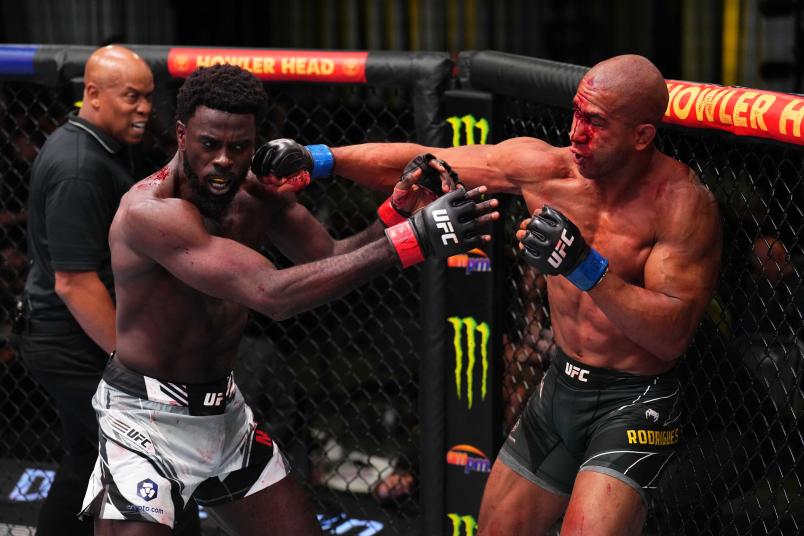 With that in mind, Rodrigues expects his opponent to bring the fight to him. Ferreira, who stands at a stout 5-foot-10, will have to navigate Rodrigues’ longer limbs and bigger frame to get into the pocket.

That, plus the general mixture of nerves that come with one’s UFC debut, make for a lightning-in-a-bottle recipe for excitement. Although Ferreira, like Rodrigues, is a Contender Series alumnus, the bright lights on a pay-per-view show are different, and it’s something Rodrigues anticipates drinking in should he get his hand raised once again.

“When I'm done, I'll look to the crowd, cheer and celebrate,” Rodrigues said. “Until then, I have a mission. That’s my goal. I have a target, and I'm going to finish the fight, and in case I get the win, it’ll be five wins in six fights and three wins in a row to start the year. Throughout my whole career, since my first UFC fight, I’ve always aimed at the top. I want to get to the top. I want to face a ranked guy. My goal will always be the belt, and whoever gets me closer to that, that’s the fight I want.”