Gregory Rodrigues Is Determined To Make It

Gregory Rodrigues' Road To The UFC Didn't Go As Expected, But He's Confident That He Will Make The Most Of Each Opportunity.
By McKenzie Pavacich, on Twitter @mpavacich_ • Oct. 22, 2021

Like many professional fighters, Gregory Rodrigues’ shot at earning a UFC contract on Dana White’s Contender Series changed his life — but not quite in the way you’d think.

Nearly halfway through the first round of his middleweight bout against Jordan Williams, the favored Rodrigues was stopped; and with that, so were his dreams of fighting in the UFC. But only for a little while.

“I got the opportunity to compete on Contender Series and I thought, ‘That’s my chance, I need to make this happen.’ That’s my only chance I had. One shot. And it didn’t work,” the 29-year-old said in an interview with UFC.com ahead of UFC Fight Night: Costa vs Vettori. “At the time, I thought I was done. I thought, ‘Maybe I’ll quit and maybe I’ll open my jiu jitsu gym.’”

Rodrigues weathered the storm of doubt despite two minutes and 19 seconds halting a six-fight win streak and turning his life upside down, and in return, he was booked for another fight, this time under a different banner.

“When I got my fight for LFA right after that, I thought ‘I need to enjoy this.’ No one tells me I need to fight; I choose to. So why not enjoy the whole process?” the Brazilian said. “That’s changed my mindset, so now when I go inside the cage, I want to be 100% there. My body needs to be there, my mind needs to be there, and that’s what’s changed for me. Now, I’m happy with that I do, I love what I do. I’m so thankful to God for the opportunity to do what I do.”

It’s a change of pace from the enormous amounts of pressure “Robocop” placed on himself after uprooting his life in Rio de Janeiro and moving to the United States to ultimately make it in the UFC; but the universe (and maybe the Octagon) has a funny way of placing people exactly where they need to be.

“If I look back right now and think about the loss on Contender Series, I’m thankful for it. It changed my life on all points. I was in California at the time, and then I moved to Florida. I live there now and train at Sanford.” 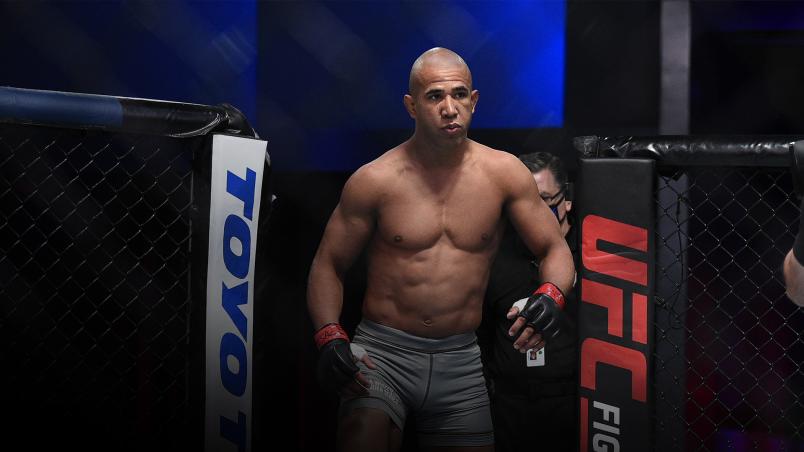 Another life-changing opportunity for the middleweight, who arrived in the entryway to that one illustrious gym in Deerfield Beach, Florida in February of this year to find not only the exact training environment he needed, but an unmatched sense of community to accompany it.

“Everyone’s a family. I have probably five guys that are UFC middleweights there, but we don’t have pride. Everyone wants to help each other,” the Brazilian jiu jitsu black belt said. “The first day I get there, I’m not in the UFC yet, and they supported me for my fights in LFA. I’m in the UFC now, and I’m so thankful that they gave me what I needed to make that happen.”

Making his debut in June with a short-notice unanimous decision win over Duško Todorović, Rodrigues feels that he’s finally exactly where he belongs.

“I’ve always said that fighting in the UFC for three rounds and winning by unanimous decision… that’s a great experience,” Rodrigues said. “I studied myself and what I can improve on and that was an amazing performance, I think, and now I get a whole camp and I can show much more.”

How To Watch UFC 267: ESPN+ Special Presentation From Abu Dhabi

With a notch in his belt and a full camp behind him, the lifelong jiu jitsu practitioner must now rise to the challenge that lies in Junyong Park — a slightly more seasoned middleweight who, like Rodrigues, also carries with him a three-fight win streak into the Octagon. 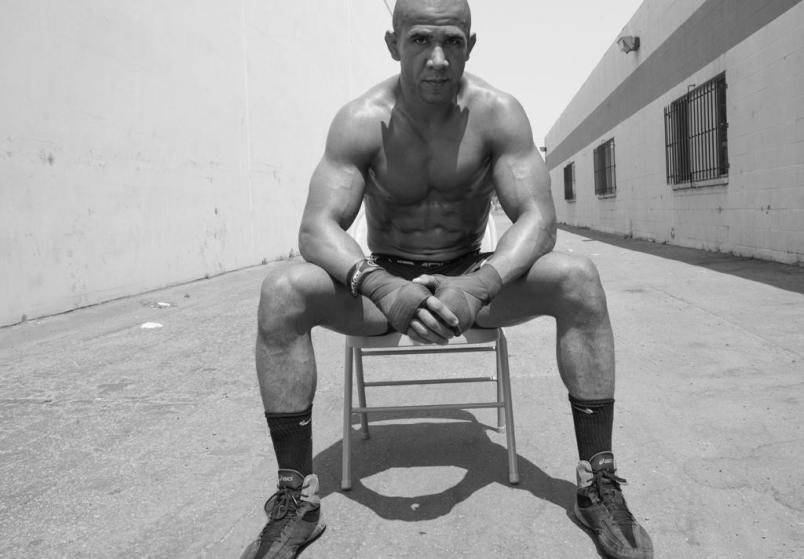 Gregory Rodriguez poses for a photo.

“I look at myself and I can say that I’m a complete fighter. I can strike, I can wrestle, I can grapple, I can do things on the ground. I have all the tools I need to be a great fighter. I have knockout power. Nobody knows my jiu jitsu game, but my background is in jiu jitsu, so I have everything I need. I have 15 minutes to make it happen.”

Determined not to return to the place he was in this time last year, Rodrigues is focused and insistent on making a statement this Saturday at UFC Fight Night: Costa vs Vettori.

“I think I’m hungrier. I want to make it. My purpose is to make this bigger for me,” Rodrigues said. “I’m going to put in everything and leave everything inside the cage, for sure. I think that’s my advantage against Park.”